OUT OF MIND » PERCEPTUAL AWARENESS » THE SHIFT IN CONSCIOUSNESS » Do Cosmic Rays Evolve Consciousness And Transform DNA ? 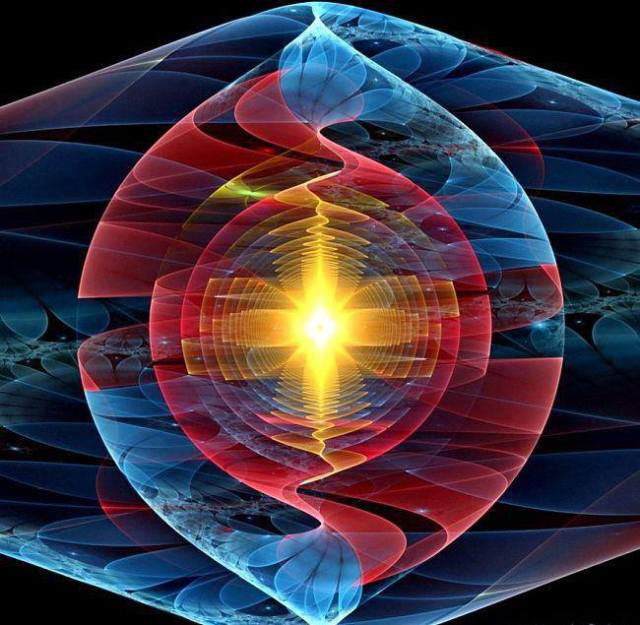 Elina St-Onge, Collective-Evolution
Waking Times
26 years ago in the year 1987, something happened and the world felt it. The first globally synchronized meditation –commonly known as the first “Harmonic Convergence” – took place. Tens of thousands of people gathered all around the world at sacred sites around the planet to co-ordinate their intention. What intention? José Arguelles, who initiated the meditation put it this way:

It was from that year on that the human mind began to open up more than it ever has before. Even though the status quo resisted these new ideas, more and more people began seeing through the old paradigm of war, environmental destruction, poverty, slavery and materialism, and instead opened their eyes and minds to a more wholistic worldview. People began questioning the many structures of society, and suppressed information began to resurface and become available to the masses. Ever since 1987, human consciousness has experienced a noticeable acceleration.
Now what is this all about? And why 26 years ago? Is this just some new age speculative talk? As much as world change is not a concept that needs to be backed up by science to be recognized as important, interesting studies have shown that this evolutionary movement isn’t just a coincidence or a simple initiative of a few individuals. The whole cosmos seems to be in.

Before delving into the significance of the year 1987, let’s explore what scientists have discovered to be a key factor in the evolution of life: Cosmic rays. Cosmic rays are light waves of a very high frequency that have been shown to transform human DNA –therefore affecting human evolution. In fact, an analysis of ice cores extracted from polar stations in Greenland and Antartica have demonstrated that about 12,000 years ago and 34,000 years ago, an incredible increase in cosmic rays occurred. Scientists were astonished to find that both times correspond to periods of great leaps in human evolution in terms of art, technology and state of consciousness. Andrew Collins, a science and history writer who has studied the effects of cosmic rays, said:

“The effects of cosmic rays on our own genetics has led to mutations within the body, within the mind, the brain, that has altered our perception of reality… The correspondence between ancient cosmic ray levels and sudden evolutionary leaps and human technology and art are facts.”

Even as far back as 1973, famous science writer and astronomer Carl Sagan spoke about how cosmic rays cause DNA mutations and would have affected human evolution.
Cosmic rays are passing through the Earth and our bodies all the time due to ambient processes of the cosmos – hence, there is always a slow and gradual evolution taking place. However, in 1987 – the same year when a spark of change was being felt across the world –something different took place. A Supernova occurred close enough to the Earth that it was visible to the naked eye. Cool, but what does that have to do with anything?
A Supernova is a rare stellar explosion so powerful that its radiation can briefly outshine an entire galaxy, releasing as much energy as the sun is expected to emit over its whole life. What type of energy are supernova’s known to emit? You guessed it: Cosmic rays. 1987’s supernova – scientifically referred to as Supernova 1987A – propelled evolution-inducing cosmic rays throughout the universe that have reached planet Earth and are still affecting us to this day. In 1987, an evolution in consciousness began – followed by a growing global movement for change. Coincidence or not, the connection between rising frequencies and rising consciousness is factual.

“Are you aware that a Shift in human consciousness is occurring, even as you read these words, that employs celestial triggers such as supernovas and Earth’s alignment with Galactic Center in the years leading up to 2012, to trigger the evolution of our species?” – Sol Luckman

Around and after the year of 1987, many other celestial events have occurred; the most known being a massive increase in solar flares (also producing cosmic rays) and a rapid decrease of the Earth’s magnetic field – both of which are happening to this day. The Earth’s magnetic field is known to act as a shield against high frequencies… so what happens when it weakens? All the goodness of high frequencies seeps right in. Now many would think this is crazy because of the common belief that they are dangerous, however the purpose of cosmic rays and other high frequencies isn’t to fry us alive; but to gradually instigate the evolution of our DNA; the blueprint of our level of consciousness.
According to medical science, we have 2 strands of DNA and 10 strands of “junk” DNA which are believed to have no purpose whatsoever. But what if this so-called “junk” DNA is merely dormant DNA? Studies show that our dormant DNA is now reactivating.
Dr. Berrenda Fox, physiologist and naturopath (who was later on “silenced” by the government and given a bad name to suppress such information) said it herself:

“Everyone has one double helix of DNA. What we are finding is that there are other helixes that are being formed. In the double helix there are two strands of DNA coiled into a spiral. It is my understanding that we will be developing twelve helixes. During this time, which seems to have started maybe 5 to 20 years ago, we have been mutating. This is the scientific explanation. It is a mutation of our species into something for which the end result is not yet known. I am working with three children right now who have three DNA helixes… Some adults that I have tested actually do have another DNA helix forming. Some are even getting their third. These people are going through a lot of major shifts in their consciousness and physical bodies, because it is all one. In my opinion, the Earth and everyone here is raising its vibration… A lot of the old paradigms can no longer exist, yet are fighting to be maintained, but there is no doubt that it is changing. Those of us who have chose to live at this time are the forerunners of almost a new species.” – Dr. Berrenda Fox

Could this be the beginning of another evolutionary leap? I think so.
About the Author
My name is Elina and I’ve been writing for Collective Evolution since 2010. My main focus as a writer is to unveil the wisdom and lessons I learn from my personal experiences and observations, and share it with all of you in hopes that it will assist others to see the challenges within their own journey in a new light. A bit more about me: I love photography, I enjoy drawing, I’m a pretty decent percussionist, I love nature and animals, I like grilled veggie paninis… other than that, I have no set life plan but I aim to enjoy the moment and stay open to all possibilities! Feel free to e-mail me: stonge.elina@gmail.com. [[[Check out my new Ebook ‘How To Change The World’ Here:https://www.facebook.com/HTCTW.book]]]
~~ Help Waking Times to raise the vibration by sharing this article with friends and family…

OUT OF MIND » PERCEPTUAL AWARENESS » THE SHIFT IN CONSCIOUSNESS » Do Cosmic Rays Evolve Consciousness And Transform DNA ?