Latest topics
» Current Map of Cargo Containers at Sea Around the U.S.

Free Energy and Cleansing the Planet - The Keshe Plasma Generator

"With our new understanding of the creation of gravity and magnetic fields, we are able to replicate the type of self nourishing systems that are able to push a current of electrons through a coil of copper wire, generating electricity anywhere in the Universe at any time."
Intro by Sterling D. Allan

With our new understanding of the creation of Gravity and Magnetic fields, we are able to replicate the type of self nourishing systems that are able to push a current of electrons through a coil of copper wire, generating electricity anywhere in the Universe at any time. In a modern power plant, coal is set on fire to boil water.  The water turns into steam, and the steam pressurizes to power a steam engine.  The steam engine simply rotates a permanent magnet within a coil of copper wire.

Currently, this is how the energy that powers your home is generated – by coal. When you pay your electric bill you are paying for the coal, the railroad systems to transports the coal, the trucks and equipment that digs the coal you of the earth, as well as the power plant, the electrical grid, and all of the maintenance. All of this is the cost of the “energy” that is within your “energy bill”.

All of this is simply to rotate a magnet with a coil of copper wire. The Keshe Generator is a self-nourishing system that consists of a rotating plasmatic magnetic field within a coil of copper wire, and has been developed from our new understanding of the creation of gravity. Just as our electrons spin naturally within our atoms, so too does the Keshe Electric Generator spin naturally within the laws of nature.

This is precisely how this technology has made the human race independent of burning fuel. The Keshe Electric Generator is roughly 7 cm in length – a little bigger than a roll of quarters.

It contains zero radioactive material, thus gives off no radiation, and it is as safe as a household battery.  This is the new paradigm we are now entering, and it is mind blowing. 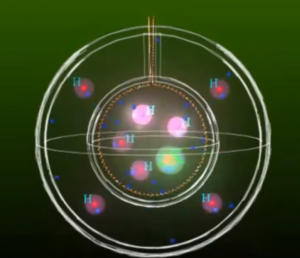 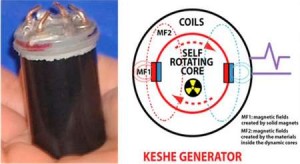 Scientific models claim there are three (3) slightly different energies within a Neutron ( 1 up quark and 2 down quarks ). According to Keshe however, tiny magnetic fields are the real fundamental particles originating from a cosmic magnetic soup.  In other words, the foundation of matter is not smaller bits of matter.  Rather, the foundation of matter is energetic frequencies that, when combined with other similar frequencies, create the new energetic frequencies that manifest as physical matter. The main difference between the two models is that the model developed by Mehran T. Keshe is more basic and fundamental, and has been proven experimentally in several laboratories and universities around the world – which is pretty awesome! 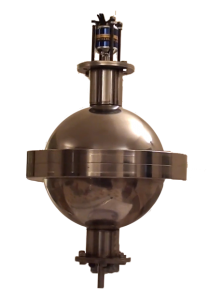 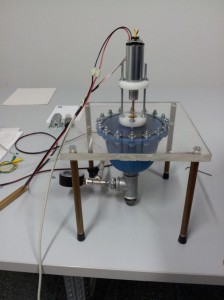 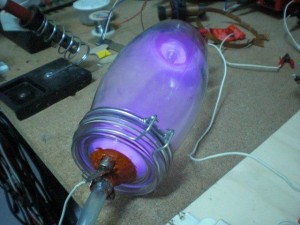 Continuing with the technical information, a neutron can decay into the plasma of a proton and the plasma of an electron, and both will still contain parts of the Matter-Trinity of the original neutron. They have each an individual, and together an overall, magnetospheric condition which is governed by magnetic and gravitational field strengths.

This is similar to the inward Gravitational and outward Magnetic fields of Earth, and this is exactly how microscopic atoms can unity to create something as grand as our Milky Way Galaxy. Based on this newly developed understanding of the creation of gravity, scale prototype systems have been engineered and constructed, producing amazing results,such as creating lift and motion without burning fuel – creating lift without propulsion!