OUT OF MIND » THE INSANITY OF REALITY » FINANCIAL COLLAPSE » 3 JP Morgan Bankers, a Pharmaceutical Scientist, and an Art Curator Walk onto a Train....

I'm sure everyone one has already heard this news story:  A Train crashed into an SUV in NY, killing 6 people.

I'm sure you've heard the story, but have you looked into it?

.... Just a few different articles and pieces of research below... I've highlighted some of the most interesting pieces.


ps: Contrary to urban (Hollywood) myth:  Cars usually do not explode in accidents, and they rarely explode so hugely that an entire train car is engulfed in flames hot enough to melt windows.

pps: both the train operator and the conductor survived.....

When the family of Aditya Tomar learned that his regular commuter train from New York City had been involved in a fiery train crash on Tuesday, they rushed to the hospital hoping and praying that he was one of the survivors.
Unfortunately, the 41-year-old JP Morgan employee was one of the six commuters who perished in the crash,....

...At 5:45pm he told her, "I'm on the train and I'll be home soon,'"' she said.
But then - around 6:20pm - communication went quiet and his wife started to worry when he didn't get home by his usual time of 7pm. Reshma texted her husband asking 'Where are you?' but got no answer.
'She thought maybe he had to stay at work late. But at 11 o'clock he still wasn't home and she started to get worried,' Dee said.
It was around that time that Reshma started calling the train stations and hospitals and learned that a major accident had happened in Valhalla, involving a Mercedes-Bez SUV that was stalled on the tracks and was struck by a Metro-North train, sparking a 'mass-casualty' incident.
Reshma and her brother rushed to Westchester County Medical Center to see if Tomar was among the injured, where they received some good - but ultimately false - news.
'Somebody there, the security, said, "He's fine, he's undergoing X-rays,"' Dee said.
That person also told Reshma to go home and come back in the morning, but her brother remained suspicious that all was well.
'Something didn't add up in my son's mind, so he dropped his sister home and went back on his own,' Dee said. 'He was there all night trying to figure out if (Tomar) was actually in the hospital.'
The next morning, they realized that everyone at the hospital had been accounted for except Tomar, and Reshma submitted her husband's medical records to the Medical Examiner. Later that night they finally got confirmation that he was among the deceased.

New York (CNN)Friends remember Ellen Brody, a mother of three, as someone who wasn't careless or put others at risk.
But the Mercedes-Benz SUV she was driving Tuesday evening suddenly moved into the path of Metro-North train, triggering the deadliest crash in the history of the New York commuter railroad, a safety official said.
The engineer saw the SUV and applied the emergency brake as the train traveled at 58 mph, just under the speed limit of 60, National Transportation Safety Board member Robert Sumwalt said Thursday.
It was 6:26 p.m.
The train sounded its horn appropriately. The flashing lights and gates at the crossing functioned properly, officials said.
The eight-car train stopped 950 feet after the brake was applied, Sumwalt said. That's about the distance that the SUV was dragged. Brody and five train passengers were killed.
A witness who was driving a car behind the SUV told the NTSB that the vehicle stopped at the crossing Tuesday night. The SUV driver came out of her vehicle after her rear window was struck by a gate.
The warning lights activated 39 seconds before the collision, the NTSB said. The gates came down a few seconds later -- leaving the SUV in the train's path about half a minute. 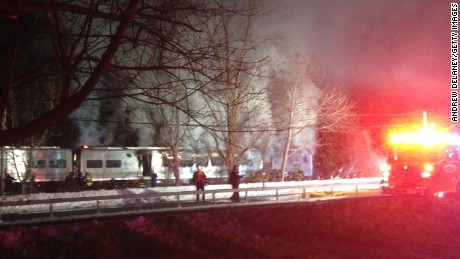 Caption:VALHALLA, NY - FEBRUARY 3: First responders work at the scene of a train accident on February 3, 2015 in Valhalla, New York. (Photo by Andrew Delaney/Getty Images)
The witness told investigators that he saw flashing lights that signaled the approaching train. He said he backed up slightly and gestured at Brody to back up away from the gate.
She returned to the vehicle and, in what seemed like "enough time to put on a seat belt," suddenly moved the SUV forward into the train's path, Sumwalt said.
"What we have here is ... a mosaic," Sumwalt said. "We're going to take different pieces of information ... assemble it and see what that picture looks like."
The goal, he said, is to construct "a timeline so we know exactly what happened and when."
Steven Harrod, a railroad expert and former professor at University of Dayton in Ohio, said oncoming trains rarely can stop in time for vehicles on tracks.
"It is a physical reality," he said. "The train's 'failure to stop' is not a surprise or a cause of the accident... This accident was unfortunate bad luck ... It is a constant battle against vehicles on road crossings."
The SUV driver and other motorists had been diverted to the area of the rail crossing after another unrelated accident on a nearby parkway, according to the NTSB.
More than a dozen other people were injured in the crash.
It's not known why the SUV stopped on the tracks in Valhalla, about 30 miles north of New York City, the NTSB said. Sumwalt said he believed Brody had owned the SUV a short period of time....

...Brody's actions behind the wheel moments before the crash are a focus of the investigation, officials said.
"There are two big questions here: Why was the car on the train tracks?" Sumwalt asked. "And what caused this accident to be fatal for occupants of the train?"
Sumwalt said the NTSB is also examining the train's exits, the "crashworthiness" of the rail cars, and the intensity of the fire -- which may have been fueled by the SUV's gas tank.
Some 400 feet of the electrified third rail perforated the first rail car and part of the second in 80-foot sections "breaking apart section by section, just basically piling up" in the cars, according to the NTSB.
Brody was killed in the collision along with train passengers Walter Liedtke, European paintings curator at the Metropolitan Museum of Art; Eric Vandercar, a senior managing director for Mesirow Financial; Robert Dirks, a scientist with D. E. Shaw Research; and Joseph Nadol and Aditya Tomar of J.P. Morgan.

(Bloomberg) -- Eric Vandercar, who managed municipal funding during a 27-year career at Morgan Stanley before joining Mesirow Financial one year ago, was among the six people killed when a Metro-North Railroad train collided with a vehicle in Westchester County, New York. He was 53.
....Vandercar joined Mesirow’s New York office in March as a senior managing director in institutional sales and trading and head of municipal funding, according to an e-mailed statement from Deborah Krieps, a managing director at the Chicago-based firm.

At Morgan Stanley, he was a municipal bond arbitrage trader and a municipal and treasury portfolio strategist before becoming manager of municipal funding and liquidity in 1989, according to his LinkedIn.com page.
At both firms, Vandercar’s specialties included tender-option bond programs, which issue short-term securities, use the proceeds to buy longer-maturity local-government obligations, and profit from the difference in interest rates.


(Bloomberg) -- Robert Dirks, a scientist at D.E. Shaw Research whose work was intended for the development of new drugs, was killed in the commuter train crash in Valhalla, New York, on Feb. 3. He was 36.
His death in the Metro-North Railroad accident was confirmed by his father, Michael Dirks, who said his son lived in Chappaqua, New York.
“Robert was a brilliant scientist who made tremendous contributions to our own research, and to the broader scientific community,” New York-based D.E. Shaw Research said today in an e-mailed statement.

Dirks, who joined the company in 2006, was “involved in the development of novel computational chemistry methods,” according to its website. D.E. Shaw Research creates computer models of organic molecules for use in drug development.

The D. E. Shaw group is a global investment and technology development firm with more than 1,000 employees, approximately $34 billion in investment capital as of October 1, 2014, and offices in North America, Europe, and Asia. Since our founding in 1988, our firm has earned an international reputation for successful investing based on innovation, careful risk management, and the quality and depth of our staff. We have a significant presence in the world's capital markets, investing in a wide range of companies and financial instruments in both developed and developing economies.


D. E. Shaw Research (DESRES) is a privately held biochemistry research company based in New York City. Under the scientific direction of David E. Shaw, the group's chief scientist, D. E. Shaw Research develops technologies for molecular dynamics simulations (including Anton,[1] [2] a massively parallel special-purpose supercomputer, and Desmond,[3] a software package for use on conventional computers and computer clusters) and applies such simulations to basic scientific research in structural biology and biochemistry, and to the process of computer-aided drug design.

Three Victims of Metro-North Crash: All Men, Each Bringing His Best

....Joseph Nadol, 42, of Ossining, traveled regularly to places like Italy, Spain and Singapore with his wife and three boys, ages 10, 9 and 7, said his wife, Jen Nadol.
He skied with his family every weekend. Just last week, he traveled to Arizona to see his beloved New England Patriots win the Super Bowl.
“He was really adventurous, active,” Ms. Nadol said. “He did wring out every bit of the minutes. He grabbed life and did live it very fully in the amount of time he had.”
Mr. Nadol was the managing director and the head of J.P. Morgan Chase & Co.’s aerospace and defense equity research.
Known as an astute analyst, he held the No. 1 spot in the aerospace and defense sector of Institutional Investor’s All-American Research Team rankings for the past six years, the publication said. 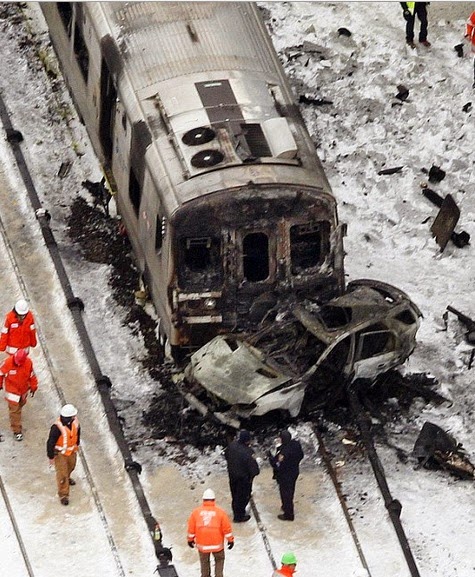 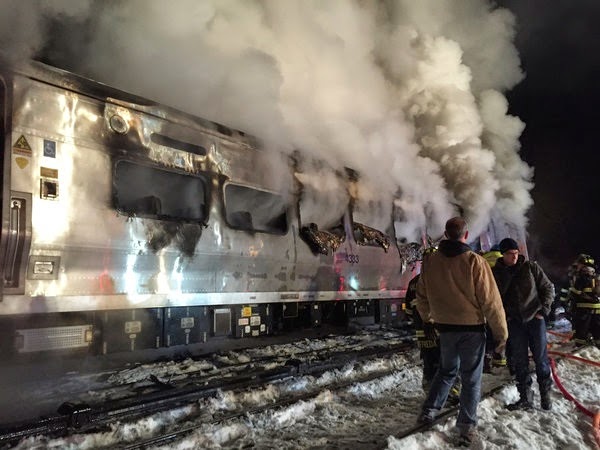 OUT OF MIND » THE INSANITY OF REALITY » FINANCIAL COLLAPSE » 3 JP Morgan Bankers, a Pharmaceutical Scientist, and an Art Curator Walk onto a Train....