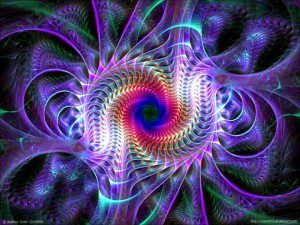 5th February 2015
By Graham Hancock
Guest Writer for Wake Up World
One evening six sovereign adults, taking full responsibility for their own consciousness and their own bodies, gathered for sacred ceremony with changa, a herbal mixture rich in monamine oxidase inhibitors and infused with the forbidden fruit of DMT. I was one of those adults and the two bowls I smoked were respectively my twelfth and thirteenth journeys with inhaled DMT.
I have done regular work with DMT over the years in its incarnation in the Ayahuasca brew, more than 50 journeys since 2003, but as everybody who chooses to explore these realms knows, drinking Ayahuasca is special, there is usually a fair degree of negotiation with the brew, the experience is drawn out over several hours and the loving spirit of the vine, Gaian mother of our planet, is the guiding hand.
Although there are points of contact and similarity, smoked DMT is very different, a rocket ship to the other side of realty, short acting but extremely intense and with no possibility of negotiation if you get the dose right. So I undertook my two recent changa journeys with a considerable degree of trepidation — particularly so since the last time I smoked DMT (then in its pure form rather than changa) I had one of the most challenging and frankly terrifying experiences of my life (see about half way through this article for my account of that previous experience which took place on 30 September 2011.
I am happy to say that the two bowls of changa I smoked treated me much more gently. Contrary to reports I have read about changa I was only fully immersed in the experience for 5 or 6 minutes with each bowl, a few minutes less than with pure DMT. While I was in, however, I was really in and it was unmistakably the DMT realm that I had entered, unutterably alien and strange, yet eerily familiar from my previous journeys — known territory the essence of which, paradoxically, is to remain forever unknowable.
There is a magician at work in these realms of ultimate enchantment and what he showed me (I always experience smoked DMT as a male energy, and always experience Ayahuasca as a female energy) were evolving, living artworks of line and light in colours and arrangements so fantastic and extraordinary that they stunned and astonished me. These creations were loaded, packed, stuffed to bursting point with what felt like millions of terabytes of coded information waiting to be unzipped and deciphered somehow, sometime, when I’m ready to handle it. “Take a look at this”, the magician seemed to be saying, and he would draw out a design between his extended hands and fingers, a design filled with meaning and sentience and fearsome, poignant beauty that was at times so overwhelming, so full-on, so relentless that I panicked and opened my eyes in an attempt to stop it bearing down on me. “How about this,” he’d say, or “have a quick peek over here,” or “what about this one” — with each glimpse showing me more numinous, awe-inspiring, imposing, scintillating, glittering, implacable majesty.
And what came with the “show” were breathtaking feelings — intuitions, presentiments — of the love and mystery that energise and infuse the cosmos, operating at the grand universal scale and reaching down, in ever-reverberating fractals, as above, so below, to the realm of individual consciousness. As I phased back into that realm I looked up through the glass ceiling of our ceremonial space to the stars lighting the sky and then down again to the others watching over me and understood that we whose privilege it is to have been born in a human body are united with the eternal and the ineffable and that our purpose here is to give love and explore mystery to the limit of our ability.
There are immense forces infiltrating our society and narrowing our minds that work against this mission. Indeed that great mystic William Blake (28 November 1757 — 12 August 1827) was right when he wrote:

“If the doors of perception were cleansed every thing would appear to man as it is, Infinite. For man has closed himself up, till he sees all things thro’ narrow chinks of his cavern.”

Useful background article on changa here
Some great links on DMT in general
An article that is skeptical of the parallel realms theory of DMT here
Blake’s “The Marriage of Heaven and Hell” here
Previous articles by Graham Hancock: 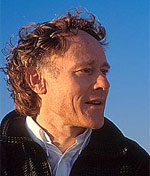 Graham Hancock is the author of the major international bestsellers The Sign and The Seal, Fingerprints of the Gods, Heaven’s Mirror and Keeper Of Genesis. His books have sold more than five million copies worldwide and have been translated into 27 languages. His public lectures, radio and TV appearances, including two major TV series for Channel 4 in the UK (Quest For The Lost Civilisation) and The Learning Channel in the US (Flooded Kingdoms of the Ice Age) have put his ideas before audiences of tens of millions. He has become recognised as an unconventional thinker who raises controversial questions about humanity’s past.
In 2002 Hancock published Underworld: Flooded Kingdoms of the Ice Age to great critical acclaim, and hosted the accompanying major TV series. This was the culmination of years of research and on-hand dives at ancient underwater ruins. Arguing that many of the clues to the origin of civilization lay underwater, flooded at the end of the last Ice age, Underworld offered tangible archaeological evidence that myths and legends of ancient floods were not to be dismissed.
Hancock’s most recent ventures include Talisman: Sacred Cities, Secret Faith which explores evidence of the continuation into modern times of a secret astronomical cult, Supernatural: Meetings with The Ancient Teachers of Mankind, an investigation of shamanism and the origins of religion, and his latest book Entangled, a work inspired by his experience of the visionary brew Ayahuasca.
To learn more, visit grahamhancock.com or follow Graham on Facebook. You can read his full bio here.