The Vatican called on Monday for the establishment of a “global public authority” and a “central world bank” to rule over financial institutions that have become outdated and often ineffective in dealing fairly with crises.
A major document from the Vatican’s Justice and Peace department should be music to the ears of the “Occupy Wall Street” demonstrators and similar movements around the world who have protested against the economic downturn.
The 18-page document, “Towards Reforming the International Financial and Monetary Systems in the Context of a Global Public Authority,” was at times very specific, calling, for example, for taxation measures on financial transactions.
“The economic and financial crisis which the world is going through calls everyone, individuals and peoples, to examine in depth the principles and the cultural and moral values at the basis of social coexistence,” it said.
It condemned what it called “the idolatry of the market” as well as a “neo-liberal thinking” that it said looked exclusively at technical solutions to economic problems.
“In fact, the crisis has revealed behaviors like selfishness, collective greed and hoarding of goods on a great scale,” it said, adding that world economics needed an “ethic of solidarity” among rich and poor nations.
“If no solutions are found to the various forms of injustice, the negative effects that will follow on the social, political and economic level will be destined to create a climate of growing hostility and even violence, and ultimately undermine the very foundations of democratic institutions, even the ones considered most solid,” it said.
It called for the establishment of “a supranational authority” with worldwide scope and “universal jurisdiction” to guide economic policies and decisions.
Such an authority should start with the United Nations as its reference point but later become independent and be endowed with the power to see to it that developed countries were not allowed to wield “excessive power over the weaker countries.”
Effective Structures
In a section explaining why the Vatican felt the reform of the global economy was necessary, the document said:
“In economic and financial matters, the most significant difficulties come from the lack of an effective set of structures that can guarantee, in addition to a system of governance, a system of government for the economy and international finance.”
It said the International Monetary Fund (IMF) no longer had the power or ability to stabilize world finance by regulating overall money supply and it was no longer able to watch “over the amount of credit risk taken on by the system.”
The world needed a “minimum shared body of rules to manage the global financial market” and “some form of global monetary management.”
“In fact, one can see an emerging requirement for a body that will carry out the functions of a kind of ‘central world bank’ that regulates the flow and system of monetary exchanges similar to the national central banks,” it said.
The document, which was being presented at a news conference later on Monday, acknowledged that such change would take years to put into place and was bound to encounter resistance.
“Of course, this transformation will be made at the cost of a gradual, balanced transfer of a part of each nation’s powers to a world authority and to regional authorities, but this is necessary at a time when the dynamism of human society and the economy and the progress of technology are transcending borders, which are in fact already very eroded in a globalizes world.” 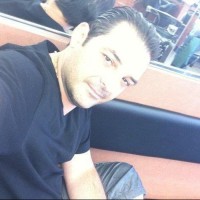 Founder of WorldTruth.Tv and WomansVibe.com Eddie (3964 Posts)
Eddie L. is the founder and owner of WorldTruth.TV. This website is dedicated to educating and informing people with articles on powerful and concealed information from around the world. I have spent the last 30+ years researching Bible, History, Secret Societies, Symbolism

Disclaimer: All information, data and material contained, presented, or provided on WorldTruth.Tv is for educational purposes only. It is not to be construed or intended as providing medical or legal advice. Decisions you make about your family's healthcare are important and should be made in consultation with a competent medical professional. We are not physicians and do not claim to be. Any views expressed here-in are not necessarily those held by WorldTruth.Tv

» VATICAN CALLS FOR “CENTRAL WORLD BANK” TO BE SET UP ACROSS THE GLOBE
» Guess How Many Nations In The World Do Not Have A Central Bank?
» World Economic Forum Debuts Framework for Central Bank Digital Currency
» “Anonymous Hits New York Stock Exchange, World Bank, The Fed, & Vatican — Total Media Blackout”
» "Global markets are likely to receive fresh verbal policy signals in the week to 18 July with the chiefs of the European Central Bank (ECB), the Federal Reserve, Bank of Japan (BoJ), and the Bank of England (BoE) scheduled to speak at separate events"