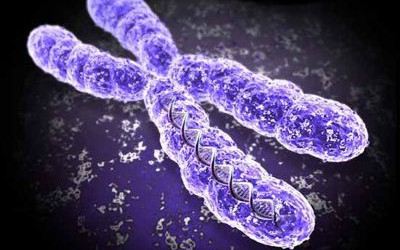 Call it a scientific oddity—or a medical miracle. A girl who grew up with a serious genetic immune disease was apparently cured in her 30s by one of her chromosomes shattering into pieces and reassembling. Scientists traced the woman’s improvement to the removal of a harmful gene through this scrambling of DNA in one of her blood stem cells—a recently identified phenomenon that until now had only been linked to cancer.
The woman, who lives in Cincinnati, Ohio, suffered from recurring bacterial infections as a child. Back then, doctors found that she had abnormally low levels of certain white blood cells needed to fight invading microbes. The 9-year-old’s illness, described in two reports in 1964 in The New England Journal of Medicine, was the first known case of what is now called WHIM (warts, hypogammaglobulinemia, infections, and myelokathexis) syndrome. In this extremely rare disease—only about 60 cases are known worldwide—patients live into adulthood, but they can develop lung scarring, hearing loss, and other health problems from the frequent infections. Those with WHIM are also highly susceptible to the human papillomavirus, which causes warts on their skin and genital areas that sometimes turn cancerous.
In 2003, researchers linked WHIM to a gene called CXCR4, which codes for a cell surface protein that immune cells use to recognize chemical messengers called chemokines. In WHIM, patients have one normal copy of CXCR4 and a defective copy that causes the receptor to be overactive—it doesn’t shut off when it’s supposed to. This somehow causes white blood cells to “get stuck” in the bone marrow instead of entering the bloodstream, says Philip Murphy, an immunologist at the National Institute of Allergy and Infectious Diseases in Bethesda, Maryland.
Murphy and colleagues have studied WHIM patients at the National Institutes of Health’s (NIH’s) Clinical Center to better understand the disease and develop a possible treatment with a drug that inhibits CXCR4. Two years ago, they heard from a woman who said she wanted to bring in her two daughters for evaluation because they had inherited the disease.
The woman was that first WHIM patient, now 59 years old. Her two daughters in their early 20s did indeed have classic symptoms of WHIM, such as warts on their hands, and their blood cells carried the mutation in CXCR4 that usually causes it. But as for their mother, “When we asked a very simple question—‘How was she doing?’—she said she was fine,” Murphy recalls. She had not had warts or serious infections since her late 30s. “At this point we got very, very interested,” he says.
The NIH team began sleuthing. To its surprise, the woman’s white blood cells no longer had the faulty CXCR4 mutation, although other cell types still carried it. Examining the chromosomes in her apparently normal white blood cells, they found an anomaly: One copy of chromosome 2 was about 15% shorter than the other copy. Whole-genome sequencing revealed that it had become scrambled and lost a chunk that included the defective CXCR4 and 163 other normal genes.
The explanation seems to be chromothripsis, a phenomenon discovered only 4 years ago in a leukemia patient and occasionally seen in other cancers. A chromosome somehow shatters during cell replication, then reassembles with the pieces in a different order. Presumably, the cells typically die as a result of this damage, Murphy says. If the cell survives, the scrambled genes may contribute to cancer.
Read the rest of the article…