OUT OF MIND » THE INSANITY OF REALITY » GOVERNMENTS & THE NEW WORLD ORDER » Breastfeeding Mother Arrested & Babies Taken Away By Force: The Parents’ Side Of The Story

Breastfeeding Mother Arrested & Babies Taken Away By Force: The Parents’ Side Of The Story

Breastfeeding Mother Arrested & Babies Taken Away By Force: The Parents’ Side Of The Story Thu Feb 12, 2015 1:50 pm 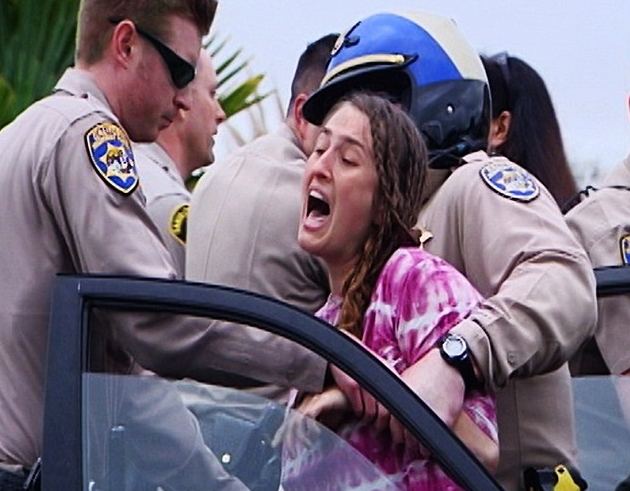 A young Christian couple in Bellingham, Washington recently found themselves in an emotional battle with the state shortly after Child Protective Services (CPS) abducted their infant babies following their home birth.
Although CPS labeled the couple “unmarried,” Cleave Rengo and his wife, Erica May Carey, had taken their wedding vows before God, opting out of attaining a marriage license with the state as many Christian couples have been doing in America.

Last November, the holistic, devoutly Christian couple’s three breastfed babies were taken amidst accusations of neglect for choosing alternative remedies such as calendula and coconut oil for their older baby’s eczema and preferring not to take their newborn twins to the hospital after an unassisted homebirth, even though they were reportedly healthy.
“I’ve done a lot of research about other women who have done it and they said the spiritual experience was so much more wholesome,” Carey told a reporter with KING-TV, Seattle. “We wanted to preserve that sanctity and sacredness in our birth.”
After a court hearing and huge public outcry, the babies were returned home in December. It had been a grueling month of separation, and their return came with strings attached. They were being watched, and reportedly had a number of conditions placed upon them in order to be permitted to parent Levi, and the twins, 4 month old Daniel and Morna Kai.
Life with three small children can be stressful and chaotic in the best of circumstances, as many mothers will attest. Cleave and Erica had the added stress of dealing with CPS watching over their shoulder, and the loss of Cleave’s job over the whole ordeal. Erica says that they were “severely repressed by the system in Bellingham.”  CPS reportedly told them that no one could visit them in their home, to help them or any other reason, without CPS approval. Even though a number of people applied, only one person had allegedly been approved.
A social worker would sometimes drop by unannounced to check on the children, but inevitably, like Murphy’s law, that would happen during naptime. Yet, she would reportedly pound loudly on the door instead of knocking, waking the sleeping children and “creating chaos” in the house.
On several occasions CPS officials came unannounced, dictating to the Rengos how they should raise their children. For example, they pressured the couple to use pharmaceutical steroid cream for their 10-month-old baby’s eczema rashes, even though the couple already had a natural coconut treatment that was working well.
CPS also stated the newborns needed to be put on formula and brought to the hospital for checkups. The Rengos refused because they saw that only breast milk was needed and didn’t want their infants exposed to harmful illnesses in a hospital. 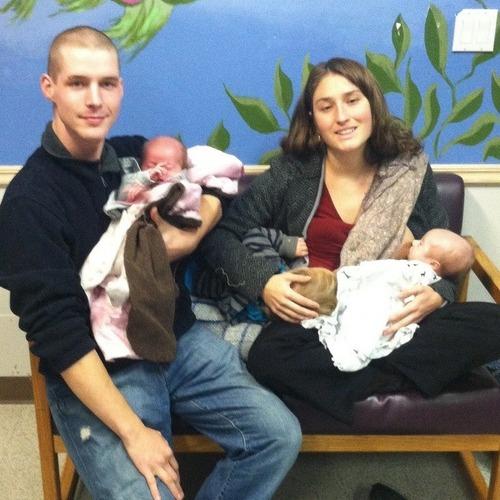 They knew that their next court hearing was not until February 10, so it seemed like a good idea at the time to get away for a few days, and go visit some relatives and friends. They were scared, and they were under a great deal of pressure.
Erica reports that they were never told that they could not travel out of state. There was nothing saying that in the paperwork, either. They believed that, as long as they were back for the next scheduled court date, they would be fine. They could just get away for a little while to de-stress and regroup. They left on Tuesday, January 27.
after they were on the road and quite a distance from home that word reached them that there were news reports saying they were fleeing CPS. They heard rumors of an Amber Alert, and that they were accused of kidnapping their children.
According to the Daily Mail, there was not actually an Amber Alert, but a “Be On The Lookout” warning was issued to police across the West Coast, while local news outlets also ran the notice. The day after Cleave and Erica left their home, CPS obtained an order to take the children into custody, reports the Bellingham Herald.
Plans to visit family and friends changed when they heard the reports, Erica reports. They did not want to endanger anyone by showing up on their doorstep, so they actually turned around and were headed back to Washington when they were sighted and apprehended at a gas station on Thursday, February 5.
The police literally ripped 14 month old Levi from his mother’s breast, reports Erica May Carey, as she was nursing him in the car at a California gas station. Her baby was screaming, and she says her breast was exposed as the officers dragged her from the car. As she recounted the events of last Thursday, Erica began weeping, saying that she was “hogtied like an animal, when moments before I was nursing my infant.” She was arrested and jailed for fighting to keep her children with her.

Thanks to Alex for the forward and: http://www.the-open-mind.com

OUT OF MIND » THE INSANITY OF REALITY » GOVERNMENTS & THE NEW WORLD ORDER » Breastfeeding Mother Arrested & Babies Taken Away By Force: The Parents’ Side Of The Story

» Utah nurse Alex Wubbels arrested by police officer tells her side of the story
» Parents name babies 'Sanitizer' and 'Lockdown'... poor kids!!!
» You Cannot Make This Stuff Up: Klauss Schwab is a Rothschild on His Mother’s Side
» The Public Has NEVER Heard This Side of The Story
» Why Love And Light Is Only One Side Of The Awakening Story