OUT OF MIND » THE INSANITY OF REALITY » POISON PLANET » Why Are Cats Immune to Chemtrails? 5 Possible Answers From Science

Why Are Cats Immune to Chemtrails? 5 Possible Answers From Science 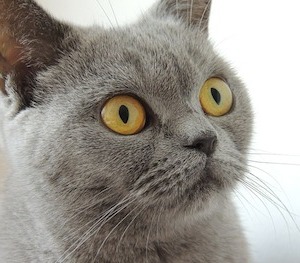 Why do cats seem uniquely Chemtrail-aware?
The early 21st-century has seen a remarkable intensification in feline ownership. These animals are no longer casual bystanders in our eco-systems. They have passed that tipping point to become a global environmental phenomenon. Crossing boundaries of class, race and geography, it could be said that the cat population now has the entire planet under its ever-watchful gaze. This surge has a peculiar overlap with the introduction of Chemtrails in our skies, which has also occurred in the last 16 to 20 years.
While there is much debate about the intention of Chemtrails — with hypotheses ranging from aerial defense and depopulation to a broad plot to cripple Christianity — it’s clear that these dangerous pollutants are causing countless health problems for everyday people. In turn, these biological problems (including fatigue, asthma, skin rashes, hemorrhagic fever and immune system failure) have been witnessed in various animal populations, including domesticated dogs.
Cats, curiously enough, appear to be completely immune to this urgent medical crisis. In fact, studies show that today’s cats are healthier now than ever. This is a perplexing proposition, particularly when you consider that cats occupy the same spaces as human beings and that many are indoor and outdoor animals. Their exposure to Chemtrail-laced air is certainly equivalent to that of people. Further complicating the issue, cats seem uniquely attuned to Chemtrail clouds and take a surreal interest in following the planes pass through the skies. Many pet owners have chanced upon their felines studying these ferocious feats of geoengineering with a countenance that some would venture to describe as bemused or delighted.
So why might the cat population be immune? 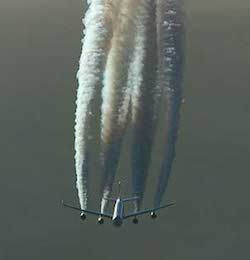 The propagation of Chemtrails overlaps with skyrocketing rates of cat ownership.
1. Thick fur, padded feet and a skin rich in glycoproteins and saliva provide protection
The dense coats of fur that provide cats sleeping comfort and warmth during the cold might naturally play a role in their Chemtrails impregnability. The animals are also well-known for thorough grooming rituals, which include covering their entire bodies with a saliva rich in unique proteins that have been formed through posttranslational modification. Posttranslational modification has been noted by scientists as a calculated defense against infections caused by foreign substances, such as [url=http://www.healthfreedom.info/chemtrails barium toxicity.htm]barium, sulfur, aluminum, cadmium[/url]. These four elements also happen to be the most commonly suspected components of Chemtrails.
2. Consumption of Chemtrails-poisoned birds has helped them develop immunity
Of all the creatures in the animal kingdom, avian species have the most immediate contact with Chemtrail sprays. Numerous reports have noted that certain species are dying off in a Silent Spring-type of scenario. As felines consume a great deal of birds, it would only stand to reason that they would be exposed to the post-digestive acids of these pollutants. As such, there is a great possibility that eating so many colonic acids would help their own immune systems adapt to the poisons. This is not the case for humans, however, as most of the chicken and duck that we eat is from the farm and not exposed to higher altitude air.
3. Their purpose may be to depopulate the skies so that pigeons can reign
Recently, I wrote about a curious phenomenon. Observers the world over have been asking, “Where have all the baby pigeons gone?” The answer may be a wide-scale CIA/NSA scheme to monitor us in an inconspicuous way. It involves equipping this one species of bird with RFID chips. Cats themselves don’t feed on pigeons. They prefer smaller animals, such as finches and swallows, and by hunting these particular types, felines are helping make room for pigeons to expand and take over our cities. This would be a natural counterpart to Chemtrails propagation and it would stand to reason that felines may have been bred or inoculated with some biological defense mechanism to Chemtrials.
4. Cats may be part of the conspiracy, as sentinels here to record Chemtrail efficacy
One theory that has been circulating the internet lately is that cats are alien to this planet. This is supported by many ancient inconsistencies, such as the fact that felines did not exist in recorded history before the Egyptians and that the Egyptians described them as a “gift from the heavens.” It has been suggested that cats are actually alien sentinels sent here to record human activity. Additionally, animal behaviorists and sound engineers have yet to quantify the base tonality of a cat purr. Some scientists believe that these emissions of noise might be a way for these creatures to transmit information from their locales to a higher power/alternate dimension/Illuminati command system. While this idea may sound far-fetched, it does explain cats’ wistful attitude towards Chemtrail planes. 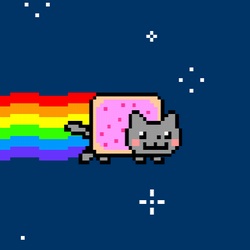 The “Nyan Cat,” the internet’s most popular meme, may secretly symbolize the feline connection to Chemtrails.
5. Cat dander and cat meat may actually be the key ingredient of Chemtrails
The grand debate over what, precisely, Chemtrails are composed of may never be solved. For many people, however, there is a strange overlap between the symptoms of Chemtrails exposure and how their bodies react to cat allergens. Skin rashes, shortness of breath and brain fog are common complaints. In fact, feline dander (or meat) would be a readily accessible fuel source for such a scheme as cats are now everywhere on our planet and their appearances/disappearances are not conspicuous. (Some have even noted that cat meat is so widely available today, it could even solve our international hunger problem.)
An implausible secret symbol also appears to attest to this theory. One of the first and most successful of the internet “memes” is an image called, “Nyan Cat.” This figure appears to represent a cat spraying the skies with a rainbow of Chemtrails. Richard Dawkins, a noted militant atheist and member of the Illuminati elite, was the man who actually conceived of the idea of a “meme,” coining the word way back in 1976. Was this Chemtrail cat meme meant as a message from Illuminati leadership to the other powers that control this planet? Has the dissemination of Nyan Cat as a popular facet of the contemporary internet weakened our own psychological defenses against the truth of this conspiracy with sarcasm and doubt?
Whatever the ultimate goal, our awareness is the one thing they fear most.

OUT OF MIND » THE INSANITY OF REALITY » POISON PLANET » Why Are Cats Immune to Chemtrails? 5 Possible Answers From Science