OUT OF MIND » THE INSANITY OF REALITY » GOVERNMENTS & THE NEW WORLD ORDER » Winter Hits Europe - Stockholm Has Coldest Day in 84 Years! Sweden Coldest Temperature In 20 Years!


Sun, 03 Jun 2012 22:01 CDT
Parts of Europe are being gripped by unusual cold, even though the calendar says it's meteorological summer. Now children in Sweden are finding out what snow is like - in June! Strangest warming I've ever seen. 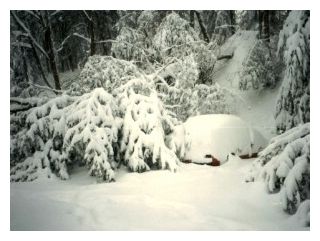 Winter pounds Sweden – and it’s summer!
The English language The Local here writes that "Stockholm broke an 84-year-old cold record on Saturday, as the capital's temperature only reached 6 degrees Celsius, the lowest June maximum daily temperature the city has seen since 1928."
"Indeed, you could be excused for thinking that the current chill is more like winter than summer. It was actually colder in the capital yesterday than on Christmas Eve. 'The temperature was a degree lower than it was at Christmas in Stockholm, so it is colder. And it's windier, too,' said SMHI's meteorologist Lisa Frost to newspaper Dagens Nyheter."
Just two days ago The Local here reported that snow blanketed northern parts.

"Residents in northern Sweden were forced to grab shovels rather than sun lotion on what was supposed to be the first day of summer, as much of the region was left covered in a thick blanket of snow on Friday. As much as 20 centimetres of thick, wet snow fell in parts of Västerbotten County, giving residents quite a shock when they woke up Friday morning."
The mercury also dropped to minus 6 degrees Celsius in one town, making it the coldest June Sweden recording in 20 years. The Local adds:
"The weather agency forecasts that the first weekend in June will feel more like the start of winter than the start of summer."

OUT OF MIND » THE INSANITY OF REALITY » GOVERNMENTS & THE NEW WORLD ORDER » Winter Hits Europe - Stockholm Has Coldest Day in 84 Years! Sweden Coldest Temperature In 20 Years!

» Like another planet: New coldest temperature on Earth recorded in Antarctica
» UFO Beam appears in strange orange sky over Stockholm, Sweden
» Chicago coldest ever: Frostbite in minutes: People robbed of winter coats at gunpoint
» Swiss Citizens Who Overheat Their Homes This Winter Could Face 3 Years In Jail
» Northern Europe is BURNING: Wildfires out of control in Norway, Sweden, Germany, and Scotland