OUT OF MIND » PERCEPTUAL AWARENESS » THE SHIFT IN CONSCIOUSNESS » This Just In: Humans Are Bad at Everything That’s Important

This Just In: Humans Are Bad at Everything That’s Important 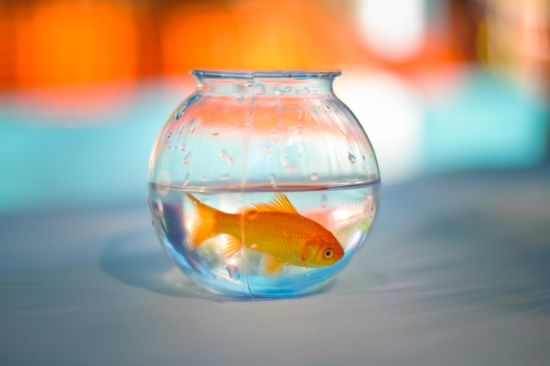 When future anthropologists study us, they will learn a lot about what’s important to us by looking at our newspapers.
A minority of our news stories cover what’s truly new: scientific discoveries, thriving business startups, or groundbreaking legislation. But most of our news stories are about some human being (or group of human beings) failing, in a very familiar way, to be kind, fair, or honest. Politician caught lying! Violence erupts between Group A and Group B! Company misleads customers for profit! Details at 6.
If we sat down to think about what’s really important to us, we might come up with qualities like fairness, kindness, responsibility, loyalty, and mutual respect. It seems like all of the major problems in the world are caused by a small contingent of bad apples, who simply shun these important qualities and ruin it for kind, responsible, honest and fair people like ourselves.
I think this is wishful thinking. The truth is that all of us — even those of us who feel like good people — are almost comically terrible at achieving these qualities, yet we expect them as a matter of course from each other and ourselves. Our incredulous response to scandal and selfishness suggests that we believe any of us could, at any moment, snap our of our self-interest and dysfunction, and make the world the place it should have been all along.
What makes us distinct from other species, more than anything, is that we’re able to move beyond being impulse-driven, self-interested animals, at least a little bit. We can reflect, we can refrain, we can empathize, we can plan. We can feel our impulses while at the same time understanding that they aren’t always leading us to good things.
In the relatively short time we’ve been able to explore this higher territory, we’ve come to really value these lofty qualities, and we’ve become preoccupied with public figures failing to achieve them. After all, we know it is virtues like fairness, honesty, discipline and kindness that are going to make it easier to be human, to deal with suffering and loss and all the stark realities that come with knowing you’re a vulnerable, animated bag of meat. We desperately want to get ourselves (but especially others) to embody these higher human qualities, which promise to save us from cruelty and misery. But as much as we covet them, we forget that these new capacities are in fact skills, and that as a species we’re generally not very good at them.
Essentially, this higher territory is what we call morality, and I think we tend to greatly overestimate how good we are at it. We’re a species who, as I point out frequently, can barely uphold our New Year’s commitments to ourselves, yet we seem to expect everyone else to be more or less upstanding and incorruptible. Why am I so frequently appalled by how thoughtlessly other people park their cars, when I don’t think twice about spending thirty dollars on beer instead of feeding the starving?
You can make up excuses for this kind of behavior — cognitive dissonance, meritocratic economics, drop-in-the-bucket syndrome — but I think all of that is avoiding the truth about human beings, which is that we are pitifully underdeveloped when it comes to morality. We just happen to be living in that awkward and painful stage where we recognize its supreme importance to our well-being, yet we’re so bad at it we can barely stand ourselves.
So what am I suggesting we do about this? Two things:


1) That we recognize how hard it is for human beings to be what they aspire to be.

Why are we so shocked that a politician would lie? That a company puts profits ahead of compassion? That everyday people harbor prejudices? That we have such a hard time saving enough for retirement, or giving enough to charity, or not eating too much?
For one thing, it’s so much easier to identify the right thing to do than to actually do it, and when we’re assessing the behavior of others, we only have to do the former. But even with our own selves, we trivialize the difficulty of living up to our moral standards.
To quit smoking, you only have to do one simple thing: avoid putting cigarettes in your mouth. How hard is that? Somehow, very.
How hard is it to treat others as yourself? So incredibly difficult we are bound to spend our lives failing at it.
I’m not suggesting we downplay or deny the harm that our moral failings cause, but to become more accepting of human failing in general, particularly our own. We are too quick to condemn people for not living up to what are actually extremely lofty standards, at least for a creature whose motivations are still largely reptilian.
You might think, “Well, I know I should give more to charity than I do, but I would never lie to my spouse! Only a monster could do that!” That much may be true; you may have the wherewithal to succeed (so far) at Lofty Moral Standard X, but not at Lofty Moral Standard Y. And perhaps you would argue that the standards you meet are more important than the ones you don’t — but maybe you are just lucky in that regard, and can’t really explain why something is straightforward for you that seems nearly impossible for someone else. We should be grateful for the moral wherewithal we do have, and never lose sight of how easy it is to fall short of Complete Moral Upstandingness, and how often we do so ourselves.
The name for this particular combination of empathy and gratitude is forgiveness, which is itself another lofty aspiration of human beings that we are generally terrible at. One crucial understanding we must come to, as a species that is struggling to transcend its amoral animal past, is that we can’t expect our progress to be evenly distributed across individuals of our species. That means you may know how to do the right thing at times others don’t, and for that you should be grateful instead of vindictive.


2) That we take seriously the project of actively working on our virtues.

We do have an instinctive sense of empathy, and maybe a bit of an egalitarian impulse somewhere in our mammalian genes, but that’s not enough to meet our standards for what we think people should be like. For the most part we have to learn how to be that kind of person, and it’s the work of a lifetime. Just look at how a two-year old “shares” a toy with another two-year old, and you can see how much you’ve learned about controlling your impulses and considering the effects your actions have on others.
You could call this kind of acquired humanness wisdom, and the pursuit of wisdom is called philosophy. There’s a running joke in Western culture about the uselessness of a philosophy degree, which is a nearly perfect indication of how unwise our culture really is, We consider education to be useful only insofar as it expands our income, which seems to be our our primary measure of personal development.
But philosophy isn’t useless or boring. It’s how we learn how to be better people, or more specifically, how to become the kind people we wish others would be. For thousands of years, people have been teaching each other how to be a better partner, overcome envy and greed, be compassionate regardless of our own troubles, imagine better societies, raise better children, and otherwise become less self-interested and easier to be around.
The overarching theme of human wisdom is learning to use our newer, higher capacities, such as reason, compassion, and empathy, to mitigate the dangers of our older, less civilized impulses. But it’s crucial to remember how new these higher capacities are, and how easily our reptilian fears and anxieties can undermine them.
Much of what religion teaches seems to be an attempt to do this — to help us shed our baser motives and find a way to transcend selfishness, carnal desires, envy, laziness, and contempt. While philosophy has much more helpful things to say than scripture tends to, religion does something very important that secular institutions don’t: it asks us to accept how flawed we really are, at least in comparison to what we aspire to be. All kinds of practices, from Christianity to Islam to Buddhism, have always been in the business of helping us overcome our relatively pitiful out-of-the-box state.
So there’s actually a lot we can learn from these traditions, even for unbelievers. We just have to stay aware of the Iron-Age context their parables come from, and the trouble religious institutions themselves have had in overcoming human fallibility. (Skeptics should read Alain de Botton’s brilliant Religion for Atheists: A Non-Believer’s Guide to the Uses of Religion.) Religion, after all, is just a subset of philosophy, and we should get help with being human wherever we can find it.
The problem with religion has always been that it so often succumbs to the problem it’s tried to address. But that’s only one example of the bigger human irony I’m getting at here: we could become a better species simply by recognizing how we’re not as great as we think we should be.
When we look at it that way, we find fewer reasons to complain and more reasons to be grateful.
***
Photo by Joe del Tufo

OUT OF MIND » PERCEPTUAL AWARENESS » THE SHIFT IN CONSCIOUSNESS » This Just In: Humans Are Bad at Everything That’s Important