Stanford Scientists Observe Man Travel Out of His Body and Into Space – What He Saw Was Remarkable Mon Mar 02, 2015 1:32 pm

Admin
Posts : 102872
Join date : 2012-01-04
Location : Woodstock Nation
Stanford Scientists Observe Man Travel Out of His Body and Into Space – What He Saw Was Remarkable
Posted by AbZu 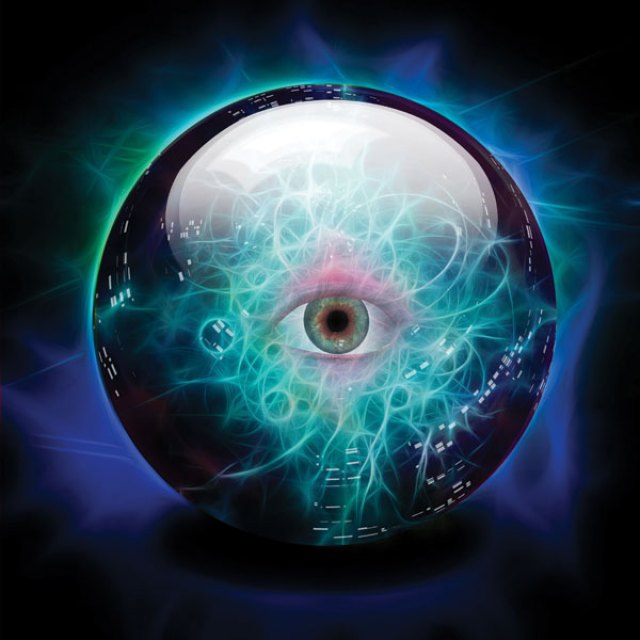 by Arjun Walia
NASA’s Pioneer 10 spacecraft was launched into space in 1972. It was the the very first spacecraft to fly directly through the asteroid belt and make observations of the biggest planet in our solar system, Jupiter. It was also able to obtain close up images of the planet, something that scientists had never had access to before. (1)
Prior to the flyby of Jupiter by Pioneer 10, the CIA and NSA in conjunction with Stanford University were involved in what was called “Remote Viewing.”  Remote viewing can be defined in multiple ways. It’s the ability of individuals to describe a remote geographical location up to several hundred thousand kilometers away (sometimes even more) from their physical location.(2)(3)(4)
A gentlemen by the name of Ingo Swann was able to successfully describe and view a ring around Jupiter, a ring that scientists had no idea existed. This took place precisely before the first ever flyby of Jupiter by NASA’s Pioneer 10 spacecraft, which confirmed that the ring did actually exist. These results were published in advance of the rings’ discovery. (2)
The successful viewing of the ring by Ingo came after scientists observed him identify physical objects in hidden envelopes that were placed a few hundred kilometers away.
“Successful replication of this type of remote viewing in independent laboratories has yielded considerable scientific evidence for the reality of the [remote viewing] phenomenon. Adding to the strength of these results was the discovery that a growing number of individuals could be found to demonstrate high-quality remote viewing, often to their own surprise. The CIA even participated as remote viewers themselves in order to critique the protocols. CIA personnel generated successful target descriptions of sufficiently high quality to permit blind matching of descriptions to targets by independent judges.”(2) -Harold Puthoff, PhD, Stanford University
“To determine whether it was necessary to have a “beacon” individual at the target site, Swann suggested carrying out an experiment to remote view the planet Jupiter before the upcoming NASA Pioneer 10 flyby. In that case, much to his chagrin (and ours) he found a ring around Jupiter, and wondered if perhaps he had remote viewed Saturn by mistake. Our colleagues in astronomy were quite unimpressed as well, until the flyby revealed that an unanticipated ring did in fact exist.” (2) – Harold Puthoff, PhD, Stanford University
It’s remarkable to think about these extended human capacities, and what we are capable of. At the same time it’s sobering to think about how all of this information isn’t emphasized, and always kept classified and hidden from the human race. It makes you wonder what other information out there remains classified that we don’t know about yet, and what other truths the remote viewing program has uncovered.


The Above Information Was Documented. Here’s What Wasn’t.

Here is a quote from Ingo’s book [url=http://www.ivantic.net/Slike i kratki filmovi/Ingo_Swann_Penetration.pdf]Penetration[/url], where he goes into detail about phenomenon that was not documented in the literature cited throughout this article.
“It’s one thing to read about UFOs and stuff in the papers or in books. It is another to hear rumors about the military or government having an interest in such matters, rumors which say they have captured extraterrestrials and downed alien space craft. But it’s quite another matter to find oneself in a situation which confirms everything. I found towers, machinery, lights buildings, humanoids busy at work on something I couldn’t figure out (on the back side of the moon)”
The information now available in the public domain regarding the government experiments with remote viewing were declassified in 1995, but who knows how much of the program’s information remains classified. Ingo had expressed that the program was shut down because it was one of the biggest threats to government secrecy.
It’s quite remarkable that this information was kept secret for over 20 years. Prior to 1995, the public had absolutely no idea that this type of thing was going on, it was a special access program, part of the black budget, which still today deals with projects and information the human race knows nothing about. You can read read more about the black budget HERE.
“The day science begins to study non-physical phenomena, it will make more progress in one decade than in all the previous centuries of its existence.” – Nikola Tesla
Science has indeed studied non-physical phenomenon, for a very long time. Unfortunately, much of this science has been locked up within the classified world, and the remote viewing program (one of many) is a great example of that.
For a more details on remote viewing. Click HERE.
Related CE Articles:
10 Scientific Studies That Prove Consciousness Can Alter Our Physical Material World.
The Illusion of Matter: Our Physical Material World Isn’t Really Physical At All
Sources:
http://www.biomindsuperpowers.com/Pages/Superpowers.html
(1) http://www.nasa.gov/centers/ames/missions/archive/pioneer10-11.html
(2) http://www.scientificexploration.org/journal/jse_10_1_puthoff.pdf
(3) http://www.lfr.org/lfr/csl/library/AirReport.pdf
(4) http://www.princeton.edu/~pear/pdfs/1979-precognitive-remote-viewing-stanford.pdf
Source:
http://www.collective-evolution.com/2014/08/09/scientists-observe-man-travel-out-of-his-body-and-into-space-what-he-saw-was-remarkable/