Posts : 100
Join date : 2014-11-16
Location : USA
"while the devil laughs and twirls his mustache." Good stuff!
I hear your frustration, and yes there are many new age paradigms that are fallen, as well as many "channels" who have been said to be fallen collectives which parade as AA's. The level of infiltration into this field is staggering and scary due to the indigo round up being perpetrated by the negatives.
Going inward to expand self needs no external investment, just faith in your own potential. The walking dead won't change on our account.

I also see a pattern that those that are being said to be of the "false light matrix" such as Nidle, May, Keen etc. is the fact that they practically demand donations. They use shame and sympathy techniques to the hilt. To me this is so obvious but I know some that have sent a steady amount of their money to these so called seminars etc.

The sheer number of those using this donation pan-handling blows my mind. A few weeks ago a man opened a web site and then immediately started the pan handle process. He had only had a site for a week. Then to his credit he did thank the folks for the 800.00 he had received already. Rumor Mill News also... they shove the need for $4000.00 per month down your throat. And people do donate this to them every month!! Not to mention the income from the zillions of ads they put up... 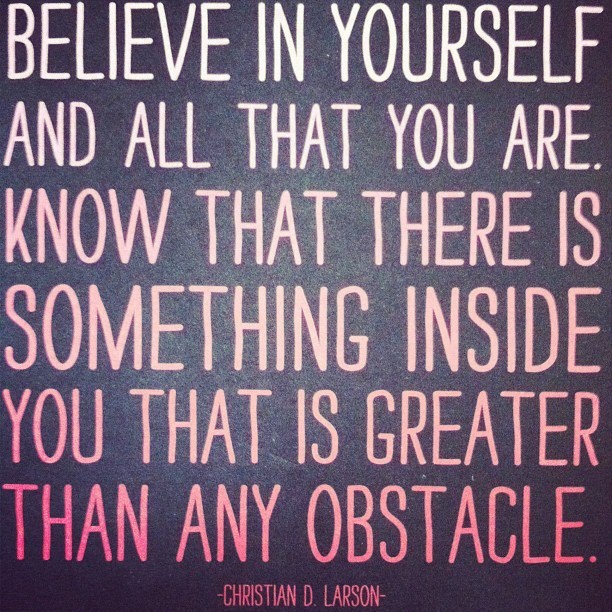 By Wes Annac, The Culture of Awareness
This is continued from my previous article, The New Age and the False Light Matrix.
With the imminent arrival of spring is coming a new understanding of life and spiritual evolution for me, and for the first time in a while, things are finally starting to become clear.
I was pretty bummed out yesterday after reading all of the convoluted perspectives about New Age teachings, but now, I’m realizing that I can groove with it all without directly contributing to it or inserting myself into the fray.
Like I said in yesterday’s article, what’s apparent for me is that love is the way.
All these belief systems have been created around love, except for the ones that were meant to dominate and control their followers in the first place, and even the philosophies that are considerably new agey can help us find our way back to love if we let them.
I started out as one of the biggest ‘New Agers’ you’d ever meet (I don’t intend to use that term in a critical or derogatory way), and I might not have been able to find my way were it not for my initial beliefs.
When I started to depart the new agey perspective, the next philosophy I explored was Rastafari, which preaches that heaven on earth exists in Ethiopia and if we align with truth and righteousness and remember to treat our bodies with respect, we’ll eventually return to the kingdom of Zion.
(Note that the Rastafarian ‘Zion’ isn’t necessarily the same one that’s associated with Zionism).
I never fully embraced that philosophy because I’m learning not to fully embrace any philosophy if we want true liberation, but I explored it with enthusiasm and I appreciate what it taught me about aligning with a set of cherished ideals about how life should be.
Since my days exploring Rastafari, I’ve been going back and forth between heavily embracing New Age themes and trying to step outside of it all and redefine myself and my spiritual evolution.
After some troubling, heartbreaking times that almost made me want to relinquish my position in the conscious community, I’m emerging with a fresh understanding that everything is driven by love.
We don’t need all these complicated beliefs and philosophies to spiritually evolve. We can embrace certain complicated philosophies if they help us find our center, but it isn’t a requirement and we can elevate our consciousness regardless of the beliefs that encourage us to do it.
If you want, you can read channeled messages from angels and archangels all day long. If you want, you can believe those archangels are evil archons who want to siphon your energy. If you do decide to believe that, you can take another evolutionary path that doesn’t have anything to do with New Age spirituality.
If you want, you can think that Haile Selassie (a.k.a. Jah) will eventually return again and usher his repatriated people into the Ethiopian kingdom of Zion. Honestly, it doesn’t matter!

Credit: Personalexcellence.co
All these different beliefs will align us with love and allow us to step outside of the fabricated matrix anyway, so we don’t need to condemn each other or even condemn ourselves for once following beliefs we’ve since transcended or stepped outside of.
Again, beyond the religions that were clearly created to control people and keep them from exploring their spirituality, every genuine spiritual path can help us realign with love, raise our vibration and spiritually evolve.
We can believe whatever we want if our intent’s genuine and we really want to help the world become aware of spirit and the things the elite are doing to keep us physically, spiritually and economically oppressed. As long as those beliefs lead us to take action (inner and outer), I don’t see anything wrong with them.
We don’t have to have any beliefs if we don’t want. It all comes down to personal choice, and like I’ve said before, we don’t gain anything by criticizing or demeaning the beliefs other spiritual seekers have chosen.
Those beliefs help them just like ours help us, and we can live in harmony with it all if we’re secure enough in our own beliefs and the things other people think, say and do cease to bother us. As long as we have love, we have the greatest gift we could ever hope for.
Personally, I’m embracing a simplified, deconstructed spiritual approach that lets me do away with all the complicated philosophies and embrace love and creativity, which, in my view, are two of the best avenues into a higher state of consciousness.
I accept that some people could disagree with the things I write as I explore this new path, and as long as they can accept me and my beliefs, I can accept them and theirs.
We can live in harmony with everyone in the conscious community despite our different beliefs and perspectives, and this is a hidden philosophical gem that too many people go their whole lives without realizing.
I believe we’re collectively evolving into a higher vibration, and I think we’re taking the earth with us. I don’t think we’ll disappear off into the ethers (I don’t really know though), and I think our spiritual evolution will be caused mainly by a sustained connection with the earth and our natural environment.
I think that a return to our natural roots will play a big part in our spiritual evolution, and I think love and unity will fill in any missing gaps.
Along with this simplified philosophy has come the desire to embrace a personal form of self-growth that involves creativity and sharing what I’m learning with all of you. I might write about myself and the things I’m going through a little more often, and as always, the hope is that the things I share about my process help all of you along yours.
This simplified form of spirituality is liberating, and while some people will embrace the complicated philosophical structures that can come with discovering spirituality, we don’t have to.

Credit: Iaminspired.me
We don’t have to follow the crowd or modify our behavior just to fit in with a certain group of spiritual seekers. We’re all unique and we all have different perspectives on the things that are unfolding right now, and there’s a reason for that.
We’re designed to be unique, and this experience wouldn’t be very fun or challenging if we all agreed with each other about everything. We don’t have to agree with someone’s perspective to respect their viewpoint and find a middle ground with them, and I’m sure the rest of the conscious community will eventually realize this.
I think we’re meant to embrace yet continuously expand our perspective on our spiritual evolution, and for the first time in a while, I feel like I no longer have any inner quarrels to resolve; any problems to deal with on the inside.
Everything’s starting to flow, and I have this simplistic form of spirituality, which I only discovered after watching the continuous trashing of the New Age movement, to thank for it.
Now I see, with a clear mind and an open heart, that everyone’s meant to think differently. Even though it can cause tension and the tendency for one person to denounce another person’s beliefs, I see that this is the way it’s meant to be.
Out of the division will come some form of unity, but only when we can stand on our own two feet in terms of what we believe and let others do the same. We don’t have to let other people influence us, but denouncing their perspective will further propagate our division and keep us from coming together.
With a simplistic spiritual perspective, I plan to chart my own course while respecting how other people think and feel – even if their beliefs completely differ from mine.
When we discover true inner peace, the mind stops striving to observe and make conclusions. We can sit in the inner silence that introduces us to the sacred self, and once we’re in this space, we won’t hear the bickering of the community around us.
All that’ll matter to us is our endless, infallible connection with Source, which we can now expand.
Share freely.
I’m a twenty-one year old writer, blogger, musician and channel for the creative expression of the Universe, and I created The Culture of Awareness daily news site.
The Culture of Awareness features daily spiritual and alternative news, articles I’ve written, and more. Its purpose is to awaken and uplift by providing material about the fall of the planetary elite and a new paradigm of unity and spirituality.
I’ve contributed to a few different spiritual websites including The Master Shift, Waking Times, Golden Age of Gaia, Wake Up World and Expanded Consciousness. I can also be found on Facebook (Wes Annac and The Culture of Awareness) and Twitter, and I write a paid weekly newsletter that you can subscribe to for $11.11 a month here.