An odd dark vertical line that was observed in the sky over Florida earlier this week has left meteorologists puzzled.
The shadowy apparition was spotted and photographed by Mike Weight at Honeymoon Island State Park near Dunedin, Florida, Wednesday.
Weight was walking on the beach at around 12.30pm. The day was bright and sunny, but there were thunderheads forming to the east. 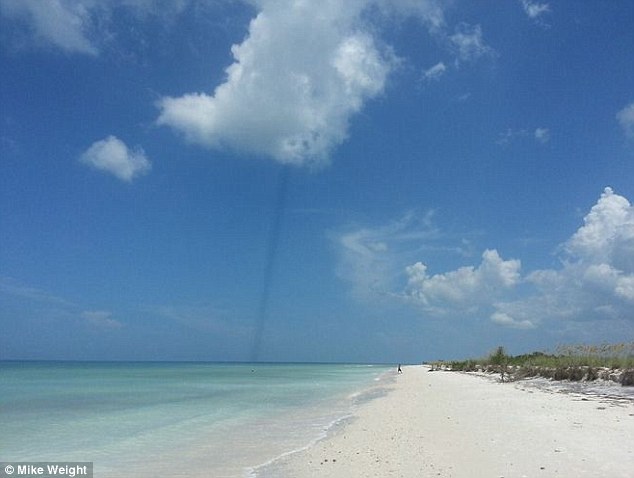 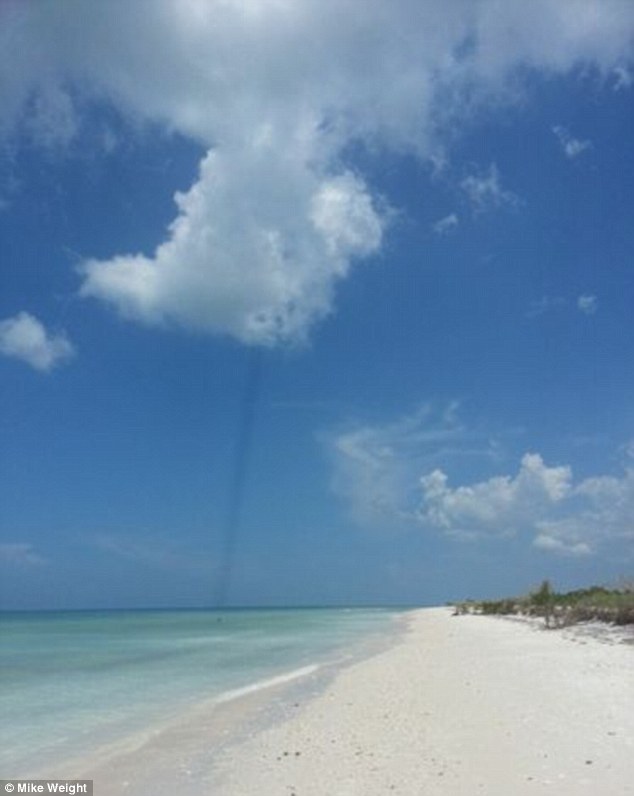 Mysterious: Weight thought it was an optical illusion because he could see right through the line, which lingered for about a minute before fading
‘I was looking North when I observed what looked like a ray of dark light coming down from a small cloud to the surface of the Gulf about a half-mile away,’ the 73-year-old man wrote in an email to Tampa Bay Times, adding that the line lingered in the sky for about a minute before fading.
The Clearwater resident sent two pictures showing the mystery phenomenon to the paper, hoping to find out what it was.

‘At first I thought it was an optical illusion because it was like a dark piece of sky with a light sky background,’ Weight told the paper. ‘You could see through it.’
Since there has been a spike in water spout sightings in the area recently, Weight thought that what he was seeing might be a funnel cloud, but that seemed unlikely. 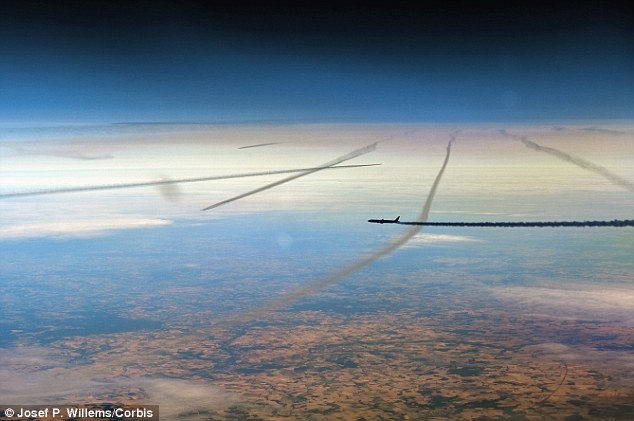 NOTE:  Unexplained photo inserted in this 2013 article by DAILY MAIL reveals carbon black aerosol sorties. Notice the dark aerosols deployed in an “on-off” grid pattern that defies FAA regulated separation in controlled air space for passenger jets flying at the same altitude.
.
Theory: A meteorologist suggested that what Weight had observed was actually a shadow of a condensation trail left behind jet aircraft known as a contrail 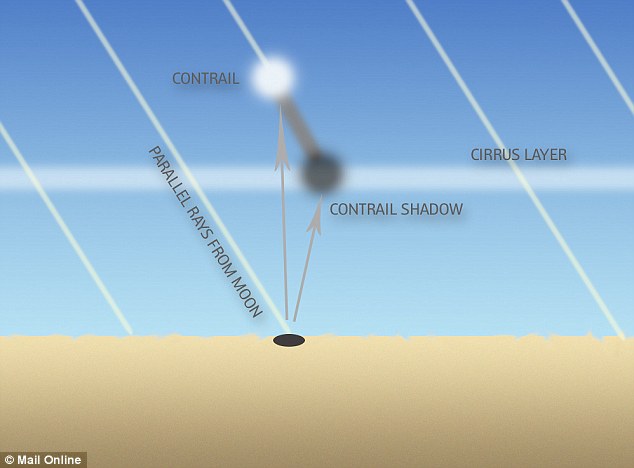 » High speed object shoots down into the ocean near Lantana beach, Florida
» Woman Records a Massive Cube-shaped Cloud on a Florida Beach
» Mysterious "yellow cloud" hits Sussex beach
» Man in AWE of mysterious red "cloud" in the dark of night!
» UFO News ~ UFO Shoots Out of Cloud In Arizona and MORE