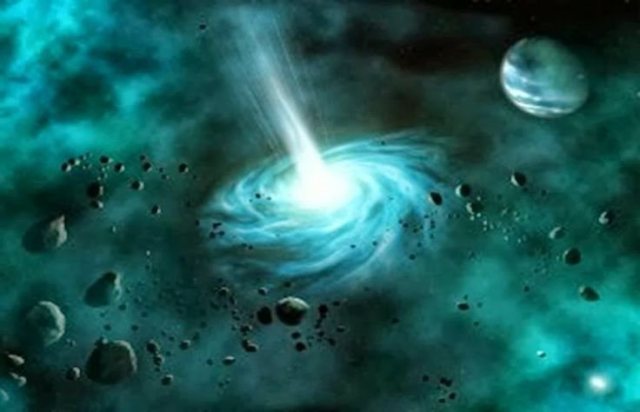 by Arjun Walia
Our planet has come a long way in scientific breakthroughs and discoveries. Mainstream science is beginning to discover new concepts of reality that have the potential to change our perception about our planet and the extraterrestrial environment that surrounds it forever. Star gates, wormholes, and portals have been the subject of conspiracy theories and theoretical physics for decades, but that is all coming to an end as we continue to grow in our understanding about the true nature of our reality.
In physics, a wormhole was a hypothetical feature of space time that would be a shortcut through space-time. We often wonder how extraterrestrials could travel so far and this could be one of many 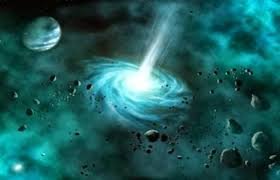 explanations. Although scientists still don’t really understand what they have found, it does open the mind to many possibilities.
Turning science fiction into science fact seems to happen quite often these days and NASA did it by announcing the discovery of hidden portals in Earth’s magnetic field.
NASA calls them X-points or electron diffusion regions. They are places where the magnetic field of Earth connects to the magnetic field of the Sun, which in turn creates an uninterrupted path leading from our own planet to the sun’s atmosphere which is 93 million miles away.
NASA used its THEMIS spacecraft, as well as a European Cluster probe, to examine this phenomenon. They found that these portals open and close dozens of times each day. It’s funny, because there is a lot of evidence that points toward the sun being a giant star gate for the ‘gods’ to pass back and forth from other dimensions and universes. The portals that NASA has discovered are usually located tens of thousands of kilometres from Earth and most of them are short-lived; others are giant, vast and sustained.
As far as scientists can determine, these portals aid in the transfer of tons of magnetically charged particles that flow from the Sun causing the northern and southerns lights and geomagnetic storms. They aid in the transfer of the magnetic field from the Sun to the Earth. In 2014, the U.S. space agency will launch a new mission called Magnetospheric Multi scale Mission (MMS) which will include four spacecraft that will circle the Earth to locate and then study these portals. They are located where the Earth and the Sun’s magnetic fields connect and where the unexplained portals are formed.
NASA funded the University of Iowa for this study, and they are still unclear as to what these portals are. All they have done is observed charged particles flowing through them that cause electro-magnetic phenomenon in Earth’s atmosphere.
Magnetic portals are invisible, unstable and elusive. they open and close without warming and there are no signposts to guide is in.
– Dr Scudder, University of Iowa


Mainstream science continues to grow further, but I often get confused between mainstream science, and science that is formed in the black budget world. It seems that information and discovery isn’t information and discovery without the type of ‘proof’ that the human race requires. Given that the human race requires, and has a certain criteria for ‘proof’, which has been taught to us by the academic world, information can easily be suppressed by concealing that ‘proof’.
It’s no secret that the department of defense receives trillions of dollars that go unaccounted for and everything developed within the United States Air Force Space Agency remains classified. They are able to classify information for the sake of ‘national security’. Within the past few years, proof has been emerging for a number of phenomenon that would suggest a whole other scientific world that operates separately from mainstream science.
We have the technology to take ET home, anything you can imagine we already have the technology to do, but these technologies are locked up in black budget projects. It would take an act of God to ever get them out to benefit humanity.
– Ben Rich, Fmr CEO of LockHeed Skunk Works


I use this video a lot in many of my posts, but it is just a profound statement, I love to use it over and over. He is ex-NASA personnel so it kind of fits in with the article.

This work by In5D is licensed under a Creative Commons Attribution-NonCommercial 3.0 Unported

» CLN – NASA Discovers HIdden Portals In Earth’s Magnetic Field – 3 April 2013
» NASA discovers portals in space between the Earth and the Sun
» Mitch Battros: Magnetic Portals Connect Sun with earth and maybe the Milky way
» NASA Researcher Finds Hidden Portals in Earth’s Magnetosphere
» Scientists at the University of Iowa, funded by NASA and the government, have announced that magnetic portals exist near the earth’s atmosphere, that can lead directly to the sun.