OUT OF MIND » THE INSANITY OF REALITY » GOVERNMENTS & THE NEW WORLD ORDER » Isn’t It Time to Admit that We Live Under a Criminal Enterprise System Ruled By Sociopaths?

Isn’t It Time to Admit that We Live Under a Criminal Enterprise System Ruled By Sociopaths?

Isn’t It Time to Admit that We Live Under a Criminal Enterprise System Ruled By Sociopaths? Sun Mar 08, 2015 5:48 pm

Admin
Posts : 107562
Join date : 2012-01-04
Location : Woodstock Nation
Isn’t It Time to Admit that We Live Under a Criminal Enterprise System Ruled By Sociopaths? 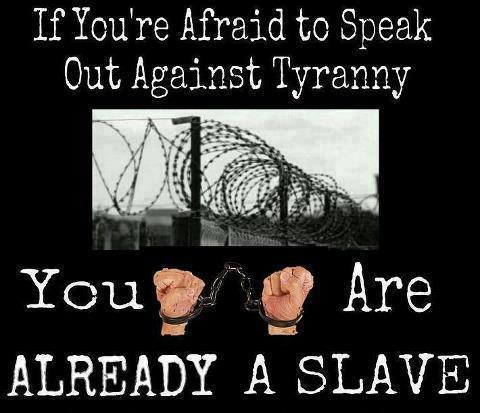 When the government is gathering information on us which goes beyond the basic census information, then we should be asking a lot of questions along the lines of “When will the surveillance gathering being conducted by the NSA turn into outright persecution”?

The Unmistakable Pattern of Tyranny and Oppression 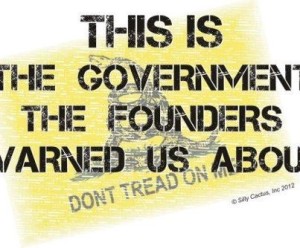 Every advancing tyranny has two distinct stages. In the first stage, the “enemies” of the state are identified. Lists are created and distributed among law enforcement. These lists are often leaked to the public to serve as a deterrent against any thoughts of engaging in anti-government behavior. There is typically a prolonged period of demonization followed by formal labeling.
History is replete with examples when surveillance gathering turns into labeling followed by outright persecution. In fact, I cannot think of an accurate historical example of when a country engaged in a police state surveillance grid, did not eventually victimize a significant number of its own citizens.
In the second stage of tyranny, the identified groups are singled out for “corrective” action. Corrective action usually commences on an incremental basis. Following identification, enemies of the state are usually singled out for employment discrimination, travel restrictions, residency restrictions and then the inevitable incarcerations and worse begin to transpire. This pattern happens every time following the establishment of a police state in America. America does indeed meet the denotation of a police state according to the dictionary.

Once this process begins, the advancement of tyrannical persecution of the people is inevitable without a revolution. The whole process begins with unwarranted surveillance.

Who Does Our Government Watch?

Last year, the National Intelligence recently released a series of declassified documents which demonstrates how the National Security Agency (NSA) has been granted carte blanche to spy on American citizens.
What can an American do to end up under the watchful eye of the NSA? The recent release of information with regard to this question led to the discovery that their agency concerns extended to those who worship in a mosque, people who write and read articles which criticize the government, speak publicly about their opposition to various government policies, publicly profess a belief in the First Amendment and anyone who works as a journalist.
The implications of the above mentioned groups which warrant NSA surveillance are stunning as well as frightening. Does anyone else find this very unsettling, that one can become an enemy of the state for professing a belief in the First Amendment?  Imagine that you are a victim of health insurance dumping and Obamacare incompetence has left you without medical insurance, you are labeled a dissident for speaking out.

With all the historical precedents, it is amazing that nobody seems to be asking the question, “When does all of this intelligence gathering become actionable”?  In other words, what is the government going to do with all the surveillance data that they have acquired?
We are not going to have to wait long to answer that question as that day has arrived as evidenced by the following video.


Dave Hodges is the Editor and Host of The Common Sense Show.

OUT OF MIND » THE INSANITY OF REALITY » GOVERNMENTS & THE NEW WORLD ORDER » Isn’t It Time to Admit that We Live Under a Criminal Enterprise System Ruled By Sociopaths?