Characteristics Of A Crystal Being

by elayna
Guest writer, In5D.com
Clearly, not all Crystals have the same characteristics.   However, if your child (or you) have most of these characteristics, and were born in or after the mid-to-late 1990’s, it is likely that you are, or he or she is a Crystal.

Natural Healers:   Many are natural healers.   Many can heal from afar; that is, they do not need to be in the presence of the person they are healing, or even to touch them.   They are natural helpers.   (A mother of an Indigo told me that when she takes her Crystal daughter skiing, she spends her entire day going from one downed skier to another, helping them get up.)
Affectionate and Loving:   The Crystals embody the vibration of love that they are bringing to the planet.   They not only remind us of who we are – beings of love – they embody it.   They are gentle.
Intuitive Communicators / Late Talkers:   Because they can communicate through telepathy, often they are late talkers because they don’t need to talk to communicate.   One mother of a Crystal told me that the first time her child looked at her after exiting the womb, she clearly heard her say to her telepathically, “I’m here to teach you.”
Spiritually Sensitive:   Crystals have a highly developed spirituality.
Close Bond with Nature:   Crystals have a natural affinity for the plant, animal and insect kingdoms.   The Crystals can communicate with nature, and they go to nature for rest and rejuvenation.   (Many Indigos’ do this too.)   (One nine year-old Crystal I know adamantly refused to let her mother buy a Christmas tree because she could not stand to have the tree cut down.)
Appearance of Crystals:   The Crystals have large blue eyes or large dark eyes.   They look at us from what appears to be a place of deep knowledge.   They appear wise.    They have an intense, knowing stare.
Dreamy and Talk about their Dreams at an Early Age:   Many Crystals have the ability to communicate to the other side, apparently from birth.   Some have full access to their memories of life on the other side and/or of previous lifetimes.   (Good Morning America had a group of Indigos’ and Crystals and their parents on the show.   One of the children was fully aware that she was her mother’s mother who had passed away.   And she had the memories to prove it.)   Because they are so in touch with the other side, they go there frequently and can have a dreamy look.   They may be called day dreamers – because they are!   (One very bright young Crystal I know started drawing spirals with both hands interchangeably when he was less than two years old.   He demanded to have a crayon and when his mother gave one to him, he immediately started intentionally drawing spiral after spiral.   He’s done this for years.   It soothes him.)
Misdiagnosed as Autistic and Asperger’s Syndrome:   We have seen a dramatic increase in the number of Autistic children.   Crystals are very sensitive and vulnerable.   Some go deeply within to protect themselves.   They disconnect from their environment and people in it.   This mirrors the symptoms of Autism and Asperger’s, so Crystals can be misdiagnosed.

TRIVIA: There are no cases of Autism amongst the Amish population who, by no coincidence, do not get vaccination shots. 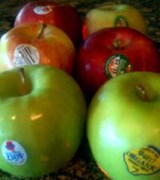 Drawn to Crystals and Rocks:    As they have an affinity for the nature kingdom, Crystals also have an affinity with all types of crystals and rocks.   Many also know theirproperties and how to use crystals and rocks to heal, change energy fields, and the like.
Highly Sensitive Body:  Crystals have very sensitive bodies.   They need organically grown food.   Many prefer a vegetarian diet.   Some get sick if they eat traditional high carb, high fat, high sugar, low energy fast food.   (The Universal School of Life, which was started in Canada in 1982 by Michael Deunov to educate Indigos, and now Crystals and Rainbow children and their families, organically grows all the food the children eat.) Many Crystals have allergies and food sensitivities.  (See Crystal Mom, Jodi Parker’s article, Experiences with Healing, Vaccinations, Food, Pollutants, Autism, Medicines and Parenting to read about her experiences with her Crystal son, Joshua’s, physical sensitivities.)