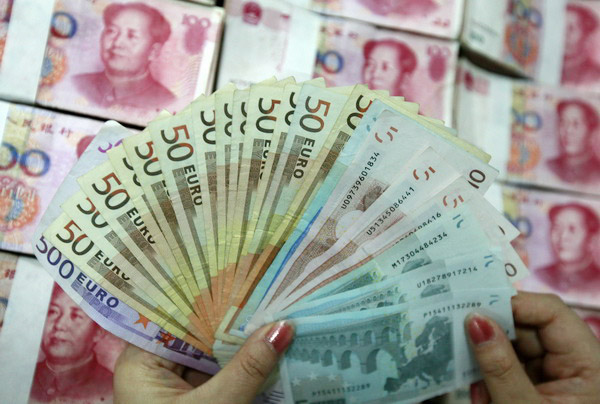 China is pushing for the International Monetary Fund to endorse the Chinese yuan as a global reserve currency alongside the dollar and euro.

A senior Chinese central bank official said Thursday that the country is “actively communicating” with the IMF on the possibility of including the yuan, or RMB, in the basket of the Special Drawing Rights (SDRs).

Including the yuan in the SDR system would allow the IMF to recognize the ascent of the world’s second-biggest economy while aiding China’s attempts to diminish the dollar’s dominance in global trade and finance.

“We hope the IMF can fully take into account the progress of RMB internationalization, to include RMB into the basket underlining the SDR in foreseeable, near future,” said Yi Gang, vice governor of the People’s Bank of China.


However, China will be patient until conditions are ripe, Yi said at a press conference on the sidelines of the ongoing annual parliamentary session.

In late 2015, the IMF will conduct its next twice-a-decade review of the basket of currencies its members can count toward their official reserves.

SDRs are international foreign exchange reserve assets. Allocated to nations by the IMF, an SDR represents a claim to foreign currencies for which it may be exchanged in times of need.

Although denominated in US dollars, the nominal value of an SDR is derived from a basket of currencies, with, specifically, a fixed amount of Japanese yen, US dollars, British pounds and euros, without RMB.

China would need to satisfy the Washington-based lender’s economic benchmarks and get the support of most of the other 187 member countries.

To become a currency included in the SDR basket, the trade volume of goods and services behind that currency will be evaluated, the Chinese Central Bank official explained on Thursday, stressing that RMB has no problem in this regard. But he said views are divided on whether the RMB is a freely usable currency.

“No matter whether and when the RMB will be included in the SDR basket, China will push on with its financial sector reform and opening-up,” Yi said.

The yuan became the world’s No. 2 currency for trade finance globally in 2013, and overtook the Canadian and Australian dollars to enter the top five world payment currencies in 2014, according to global transaction services organization SWIFT.

China said the yuan has also been used as a reserve currency in some countries and regions.


http://thebricspost.com/china-imf-talks-underway-to-endorse-yuan-as-global-reserve-currency/#.VQGrsuHu8nI
Posted by enerchi at 3/12/2015 11:09:00 AM