Disclosure: The Chess Game Continues. Can You Find the Strategy?

Admin
Posts : 106882
Join date : 2012-01-04
Location : Woodstock Nation
Disclosure: The Chess Game Continues. Can You Find the Strategy?
From Stephen Bassett and the Paradigm Research Group on Obama’s ‘Jimmy Kimmel Live’ appearance, which mimicked another with Clinton. Interesting commentary on this chess game. A very loooong chess game.
Wilcock told us that India, China, and other countries were all prepared to tell the truth about the ETs, so the cabal is not controlling this—although they may THINK they are. Time is on our side, not theirs.  ~ BP 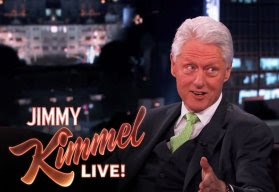 President Clinton on Jimmy Kimmel Live – April 2, 2013
In January of 2013 PRG announced it would launch the Congressional Hearing Initiative (CHI) on March 31. At that time a 10-disk DVD set with the 30-hour record of the Citizen Hearing on Disclosure (CHD) would be shipped to the offices of every member of the U.S. Congress. That record includes three hours of testimony regarding the [url=http://www.paradigmresearchgroup.org/Rockefeller Documents/Rockefeller_Initiative_Documents.htm]Rockefeller Initiative[/url] (1993-1996). It names Pres. Clinton, Sec. Clinton, John Podesta, Sec. Panetta, Gov. Bill Richardson, and Vice Pres. Al Gore as knowing about and/or being directly involved in Rockefeller’s attempt to convince Pres. Clinton to release all UFO files, grant amnesty to witnesses and likely end the ET truth embargo.
Sometime prior to the CHI launch date Pres. Bill Clinton scheduled an appearance on the Jimmy Kimmel Live Show for April 2. When the show was taped that afternoon, Pres. Clinton would not have known the CHI had been postponed as of the evening of March 31 – 36 hours earlier. Presidential appearances on talk shows are scripted in advance.  Pres. Clinton asked for Kimmel to query him about extraterrestrials. When you watch his response, keep the CHI in mind. PRG contends his appearance was an act of inoculation by means of a “limited hangout.” 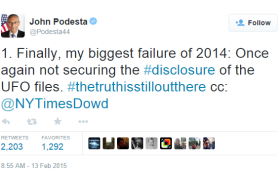 John Podesta’s Parting Tweet – February 13, 2014
John Podesta was a key assistant to Pres. Clinton during the [url=http://www.paradigmresearchgroup.org/Rockefeller Documents/Rockefeller_Initiative_Documents.htm]Rockefeller Initiative[/url] and became chief of staff during Clinton’s second term. He called for the release of all government held UFO files on October 22, 2002 and again on October 23, 2003 at the National Press Club. He wrote a foreword to Leslie Kean’s book, UFOs: Generals, Pilots, and Government Officials Go on the Record and participated in a related documentary. He co-chaired Pres. Obama’s 2008 post-election transition team and became an advisor to Pres. Obama in December of 2013. Upon leaving his White House advisor position February 13, 2015 to become chairman of Sec. Hilliary Clinton’s presidential campaign, he posted the above tweet and copied New York Times columnist Maureen Dowd.
The CHI was launched on November 5, 2014 when the 30-hour CHD video record was shipped to Congress. A social media campaign was also initiated, which generated one million Twitter, Facebook and E-mail message to congressional offices. Verbal requests to meet with legislative committee aides were submitted in early January. Fax requests for staff meetings were sent in early February. One of those faxes included a summary of the Rockefeller Initiative also naming names. It was sent on February 11. Two days later Mr. Podesta posted his tweet, which generated news stores world wide. PRG contends this tweet was an act of inoculation by means of a “limited hangout.”
President Obama on Jimmy 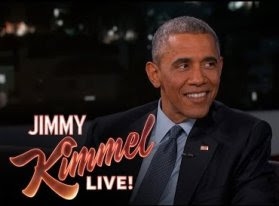 Kimmel Live – March 13, 2015
An expansive article was published in the important political newspaper  Roll Call. More articles followed, and meetings with Capitol Hill staff began in early March. Shortly thereafter President Obama scheduled an appearance on the Jimmy Kimmel Live Show for March 13. He asked Kimmel to query him on the matter of extraterrestrials. Mr. Kimmel began his question in nearly identical fashion to the same question asked of President Clinton on April 2, 2013. His appearance generated news stories world wide. When you watch his response, keep the CHI in mind. PRG contends his appearance was an act of inoculation by means of a “limited hangout.”
What do these events mean? Inoculation against what? There is a complex political theater underway right now because the truth embargo is in its last days. This fact poses serious strategic problems for the U. S. Government in general and the Clinton advisory team in particular. During the 22 years since the Rockefeller Initiative began, none of the Clintons’ advisors or key associates have spoken a single word about it. Further, none have had to answer a single relevant question, because the media has never ask one. This is about to change.
The persons mentioned above have either been President of the United States, campaigned to be President, or advised presidential campaigns eleven times – soon to be thirteen. They have deliberately refused to acknowledge the Rockefeller Initiative in service to their political and personal ambitions. As a consequence of the CHI the Rockefeller Initiative will soon receive the media attention it has always deserved. As these members of the political elite await this inevitability and plan how they will deal with it, they are attempting to inoculate themselves in hopes that will soften the impact on their legacies.
A number of other nations, including Russia and China, could Disclose the extraterrestrial presence at any time. The geo-political implications for the United States would be negative and extreme. It’s time for the President and Pentagon to cut a deal and end the truth embargo. While that is being decided, it is time for the U. S. Congress to get involved and begin the hearings now 45 years overdue.
Source

» The Julian Assange Marshall's Gambit Chess Game Observation
» Free Fall of the Ruble: Who’s Behind it? A Ploy of Russia’s Economic Wizards? Whose Chess Game?
» Grant Cameron talks about the current UFO disclosure strategy
» Find your car – New Game in Russia . . . It would be an absolute bugger if you dug out the wrong car :)
» Richard Dolan. The Navy & UAP: Controlled Disclosure Continues