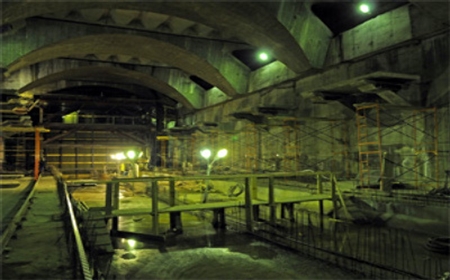 The Ministry of Defense (MoD) is reporting today that President Putin has “effectively warned” both the United States and European Union that British Prime Minister David Cameron “must be removed” in order to avert the catastrophic consequences of total war.
According to this report, President Putin and other top officials were put under the “protection” of the MoD during the past fortnight after intelligence reports revealed a planned nuclear first-strike against the Federation planned by Prime Minister Cameron due to occur this week…and which we had previously reported on in our 14 March report titled Russia Warns “State Of War” Exists As UK Nukes Prepare First Strike.
To if the United States has been complicate in this planned nuclear attack by Prime Minister Cameron against the Federation this MoD report leaves uncertain; based upon information obtained by Federal Security Service (FSB) Director Alexander Bortnikov after his private White House meeting with President Barack Obama a few weeks ago.
Also, and as we had reported on 15 March in our report titled Obama Meets With Top Russian Spy, Warns He Can’t Stop War, and the MoD again states in their new report today, no one in the Kremlin is even sure if President Obama is in control of his own nation anymore after US Assistant Secretary of State for European and Eurasian Affairs Victoria Nuland “raged” last week at Foreign Minister Sergey Lavrov claiming that former Vice President Richard “Dick” Cheney was in charge of the United States now.
Even worse, this MoD report continues, regardless of who is in charge of the US right now, a “de facto state of war” now exists between the Federation and America after the Obama regimes statement yesterday that their sanctions against Russia would,basically, go on forever as the Federation will never allow Crimea to retaken by the Nazi-led government of Ukraine.
The total war plans ordered by President Putin in response to this extraordinary threat, this report further notes, were made under MoD “supervision and consultation” over the past fortnight at the highly secretive, and mammoth, underground Mount Yamantau complex in the Ural Mountains and include offensive, defensive, covert, and psychological measures intended to prevent total war…but in failing in that effort the Federation would then “massively respond” against the West using all of theircapabilities, including “nuclear options”.
Interesting to note in this MoD report is how it details one of the psychological measures used in this total war plan that included this past Sunday’s television documentary wherein President Putin for the first time publically admitted that he privately threatened the West with nuclear war over the Crimea crisis… and which, likewise, we had reported on in our 24 February 2014 report titled Putin Orders Troops To Crimea Passes, Warns NATO Of War.
This MoD report states that this specific psychological measure employed by President Putin in publicly admitting to his private threat to use nuclear weapons to protect the Federation was intended to “alert” the citizens of both the US and EU to “grave and horrific dangers” they were facing due to the secret war actions of their governments without their knowing.
On Monday upon his return to Moscow, this MoD report continues, President Putin than initiated further actions of the Federations total war plan which include:
1.) The immediate opening of Moscow’s 5,000 new bomb shelters President Putin had ordered built in 2010 and which were completed in 2012.
2.) The immediate transferring to these bomb shelters all critical equipment and personnel belonging to the Central Clinical Hospital and Polyclinic Office of the President of the Russian Federation (CCHP).
3.) The immediate deployment of nuclear ballistic missile systems to Russia’s westernmost Kaliningrad region.
4.) The immediate deployment of strategic nuclear bombers to Crimea.
5.) The immediate activation to full combat alert of all Airborne forces in the northwest.
6.) The immediate activation of the tens of thousands of troops belonging to the Northern Fleet and Western Military District to full combat alert.
7.) The immediate activation of Siberian air defense forces.
As this nationwide show of force is currently ongoing, this MoD report says, Belarus military forces have put their forces on full combat alert too and joined their Russian counterparts in this strategic offensive as, likewise, Ukraine has issued plans and aggressive maps, showing an attack of Crimea and also Kuban [region in southern Russia] by the Ukrainian Army, with the support of NATO navies.
Even though the Administrator-General of the Eurasian Observatory for Democracy & Elections (EODE), Alexander Mosesov, has stated that “Nobody in NATO is ready to pay the price of this sort of war [with Russia over Crimea], which can involve a nuclear conflict and a third world war. Only the Kiev Junta, with its team of adventurous far-right and low-level politicians can dream of this sort of military aggression”, MoD experts in this report state that the continued aggressive war actions by the US and EU, combined with the continued demonization of President Putin and Russia people in the Western press, seems to prove they do, indeed, want nothing but total war.
And with Special Assistant to the US President Celeste Wallander stating earlier today that President Obama was “well aware” of President Putin’s nuclear war threat, this MoD report chillingly concludes, the West has still failed to assure the Federation that Prime Minister Cameron will be removed from office, or even more dangerously, that they will be able to stop this total war at all.
~~~~~~~~~~~~~~~~~~~~~~~~~~~~~~~~~~~~~~~~~~~~~~~~~~~~~~~~~~~~~~~~~~~~~~~~~~~~~~~~~
See article here: http://www.eutimes.net/2015/03/moscow-bomb-shelters-begin-to-fill-as-russia-prepares-for-war/
TLB recommends that you  read other great/pertinent articles at: http://www.eutimes.net/

» UFO Sighting Over Russia - Recorded In Moscow And Other Regions Of Russia 2015 NEW!!!
» Rittenhouse jury to begin deliberations at 9 am TODAY as Kenosha National Guard prepares for chaos
» Israel prepares for conflict with Russia
» UFO News ~ UFO over Moscow,Russia plus MORE
» MASS UFO SIGHTINGS OVER MOSCOW RUSSIA