OUT OF MIND » THE INSANITY OF REALITY » CERN LHC » DUTCHSINSE: GIANT MICROWAVE PULSE SEEN ACROSS EUROPE, AFRICA, AND ATLANTIC ON MARCH 23 INTO 24TH 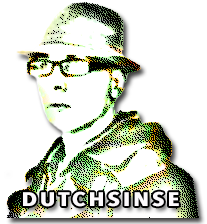 GIANT MICROWAVE PULSE SEEN ACROSS EUROPE, AFRICA, AND ATLANTIC ON MARCH 23 INTO 24TH


A few odd things occurred the night before, and in the hours leading up to the airplane crash in Southern France – which occurred near Barcelonnette in the Alps.

A giant pulse of energy occurred on the night of the 23rd going into the 24th:

Above: Seen at the peak of the 1st blast – this large distortion covered the entire Southern Hemisphere. This blast was followed by a secondary reverberation on the 24th.

Above: Microwave background from MIMIC shows a large pulse of energy on the 23rd and 24th of March 2015.
Above you can see a large pulse of energy on March 23rd followed by a secondary reverberation on the 24th. Usually we only see these kinds of large microwave distortions when an incoming upper M-class to X-class flare occurs, or a very large CME sends a blast of particles towards Earth.

Here is a recent example of a large CME hitting Earth seen on the morphed microwave composite feed:

There was only a C-class flare from the Sun recently, and nothing of any significance was ejected towards Earth from the Earth facing Sunspots.

The cause of this large pulse of energy is still ‘unknown’, however it coincides with something else worth mentioning again.

CERN and their magnet malfunction. Particularly the time of the short circuit on the mega-magnet. All reports said CERN was powering up on the 23rd.. even reports issued on the day of the 23rd said they were all green for go at CERN.

Then this pulse occurred.

Then the plane crashed.

Then CERN came out and said they haven’t been powered on since the 21st?!

We had reports all week that CERN was to begin powering up in earnest on March 23rd for an experiment on March 25th — then, 2 hours AFTER the plane crashed CERN came out with a statementsaying that they were out of commission due to a Magnet short circuit which occurred on the 21st. This is extremely odd in light ofall the media reports announcing that CERN powered up
already on the 23rd.

Above: CERN denies being powered on after the 21st .. after building the hype for their experiment all week up to the 23rd.. were they lying on the 22nd and 23rd saying all was good for the experiment or are they lying after the malfunction caused a plane to crash? Either way they lied.

On the 24th the plane crash occurred around 1pm European time.

As you can see in the animated .GIF at the top of this post , this giant pulse of energy occurred during the time frame that CERN was supposedly powering up, and having a magnet short circuit.

Considering CERN is the largest magnetic structure in the world, and considering the magnet keeps the quantum space from reaching the outside environment — if the mega-magnet fails via a short circuit, then a power surge also accompanied that magnet failure.

A power surge in the worlds biggest magnet?

Short Circuits are unintended flows of power to non-intended areas:


“A short circuit is an abnormal connection between two nodes of an electric circuit intended to be at different voltages. This results in an excessive electric current limited only by the Thévenin equivalent resistance of the rest of the network and potentially causes circuit damage, overheating, fire or explosion. Although usually the result of a fault, there are cases where short circuits are caused intentionally, for example, for the purpose of voltage-sensing crowbar circuit protectors.”

Short circuit on the 21st? Why would all media (and CERN) announce all was moving forward.. THEN come out on the 24th (2 hours after the plane crash), and tell everyone they’ve been fully off for the past several days?!

Now we have multiple questionable stories coming out saying the pilot of the plane deliberately crashed the aircraft? Magically quick release of the cockpit voice recorders? Something is not right about all of this.

I personally am of the opinion that the cover story is a smear on the pilot to cover for this CERN event.
Posted by Obi-Wan Kabuki at 3:42 PM

OUT OF MIND » THE INSANITY OF REALITY » CERN LHC » DUTCHSINSE: GIANT MICROWAVE PULSE SEEN ACROSS EUROPE, AFRICA, AND ATLANTIC ON MARCH 23 INTO 24TH