OUT OF MIND » TRUTH IN CONSPIRACY THEORIES? » HISTORIES MYSTERIES »  Robert Morning Sky: The Terra Papers | This is How the Annunaki Took Control Over Mankind

Robert Morning Sky: The Terra Papers | This is How the Annunaki Took Control Over Mankind

Robert Morning Sky: The Terra Papers | This is How the Annunaki Took Control Over Mankind 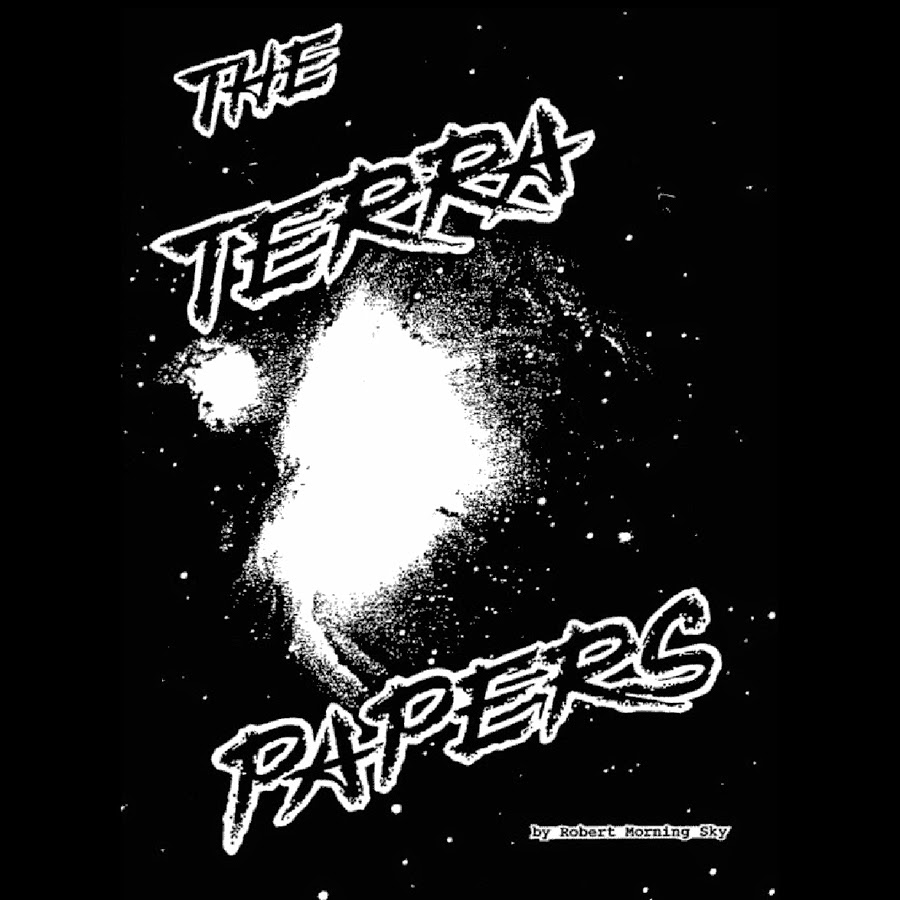 The following is an abridged summary of Robert Morning Sky's hidden history of humanity and the local part of our galaxy.

The full PDF is near then end of this post.

Note about Alternative Histories: There are a seemingly uncountable number of histories out there. I have personally read dozens and while they all vary in their literal narrative there are always correlations made at the conceptual level. By this I mean, if we look past the words, for the ideas they represent, there can be harmony; but not always. I find it helpful to read many different histories, absorbing as much as I can about them. Eventually the strands of connection begin to weave in my mind without a great deal of effort, and this helps determine which one is most likely true. Of course keeping an open mind is essential when trying to understand information with very little evidence to support it.

Some other great resources can be found here:

Hidden History Revealed | Zecharia Sitchin - Sumerians & The Anunnaki played a major role in Earth's History up until ~ 3,000 years ago

[Galatic History of DNA] DNA and Gold (Key to Immortality?)

According to Robert Morning Sky, just about everything you have been taught is a lie, including your true galactic lineage, religion and following the light upon death.

Robert’s Hopi and Apache lineage ties together the missing pieces of what our indoctrination facilities (schools and churches) do not tell us and do NOT want us to know!


In general, Morning Sky’s genetic lineage story follows Zecharia Sitchin’s story, but not completely.  This is, indeed, a slave planet where we have been genetically modified to become subservient slaves to our masters.

While most of the controlling extraterrestrials on this planet are malevolent, we have received help from benevolent Pleiadians, who are trying to help EA undo what the Reptilians, Sirians and malevolent Anunnaki have set up on this planet for us.

This is part of the untold story from a New Mexico UFO crash around the “4 corners” area of the United States in August, 1947.

Apparently, 6 Apache Indians on a vision quest, including Morning Sky’s grandfather, rescued the lone surviving Pleiadian (called a “Star Elder”). This particular Pleiadian used crystals to project images to communicate the history of our solar system and mankind, itself.

According to Morning Sky, the light at the end of the tunnel leads to a soul regeneration center where your soul becomes trapped in the reincarnation cycle on this planet, in order to continue serving those entities who are in charge of Mother Earth.

This was put into place by the Reptilians, who were given free reign of the planet in order to get people to go into the tunnel of light.

To those who are religious, this story may rock your boat. According to Morning Sky, the Sirians are responsible for all religions in order to control man.

The Anunnaki’s Enlil appointed himself as God of this planet, despite his brother Ea (as in EArth) and sister being responsible for the genetic creation of mankind.

Enlil is the same “god” that is in the Old Testament of the bible. If you appease Enlil (or follow god’s commandments) you will be “rewarded” with your place in “heaven”.

The problem is, your vision of heaven is the same soul regeneration cycle as spoken above. You will continue reincarnating as a slave and as you have done many times beforehand, and your memory will be erased from all previous lifetimes.

The etymology of words also plays an important role in today’s society.  For example:

The EASU planted clues deep within caves and caverns all around the planet to help us remember who we are and how to get out of this system. Some of the ESAU are even responsible for building the pyramid and the “Face on Mars”.

The biblical story tells us that Jesus is God’s son, but the truth is that EA’s first born son, Marduk proclaimed himself God and was called Amen RA.

He told the slaves that he was the one and only god and even changed the stela, hieroglyphs and pyramid descriptions to reflect his authority while removing the existence of all previous gods.

In addition, he eliminated everyone who did not pledge their allegiance to him.

The etymology of Marduk is as follows:

As part of the genetic experiment, EA and his sister gave the humans free will. Despite this, some humans went back to the slave system because this was all they knew.

Does this sound familiar? In today’s society, most people are clueless that they are actually economic slaves to the same system.

In exchange for going back to the system, Enlil assured them that if they obeyed him, they would be redeemed in the afterlife.

After being removed from his position by his brother Enlil, EA subsequently experimented with the sexual response of his creations by “cranking up” their libidos, which is why the average person thinks about sex every 10 minutes.

This was done in order to rebel against Enlil’s heirarchy.

Despite these experiments done to appease the Orion reptilian Queens, EA was still frustrated that he had created a beast who was unaware and had no passion or consciousness. At this point, he was approached from a being from another galaxy outside of the system.

As they used more and more internal energy, they needed less density. So, these beings from another galaxy were able to generate an evolutionary formula and plugged in a bird, a humanoid bird. As they evolved, these beings lost their density.

They lost their need for a physical body but they liked ‘bonking’. For courtship purposes, they retained their wings.  But in the dark, there’s no sunlight… the energy beings glowed.

They came to Prince Ea and said:

“If you hard wire it into the beast, you’re going to condemn him to passion, to inexplicable fire.”

Prince EA said, “In a second” and he took that DNA and went to the beast and hard wired it into the beasts.


Suddenly he (the beast) was linked to another race in another galaxy. Suddenly, he was aware.

“He was conscious. These beings were called AKU. The gift that was given to Prince EA (that) was placed inside of the beast, was known as the Gift of the Feather.”

“The AKU said to Prince EA, “Please let your beasts know this: “We’re going to include a hard-wired clue into this strand of DNA so that they will know (because they have never experienced this)…. they will know how and when you are in touch with your passion.”

Suddenly, the feathers are going to become a crucial part of his existence.

They became known as Lord EA’s lords.  Prince EA’s title was Enki, Lord of Birds. Lord Ea’s lords were the Enkiats, the Ahnk-KAs… angels, who were responsible for the gift that came from them.

Prince EA, eldest son of the Sirian King, responsible for the lordship of Planet EArth and the solar system in his neck of the woods… Prince EA took his own DNA and mixed it with the beasts.

In doing that, the reject (the beast) became the son of the Lord Creator… he was offspring of the God of Creation, himself.  Lord EA endowed us with his own DNA with the right of royalty.  We can assume the damn throne of Planet Earth and our own solar system.

And you know what? We're going to make it a Free Willed, passionate, all loving empire.  The system doesn’t want it.

The current administrators of the empire government on the planet have lineage back to the Orion hybrid reptilians, while the money was given to RA’s (Marduk’s) children, the Rockefellers and Rothschilds.

READ MORE: The Top of the Pyramid: The Rothschilds, The British Crown and the Vatican Rule The World

As you can see, the names of Rockefeller (RA-KA Pharaohs) and Rothschild (RA-KA-M = RA-KAM = RA-Shield = Rothschild) are part of this war on consciousness.

Morning Sky added, “There is a war and we are the prize”.

Some questions that Morning Sky would like you to ask yourself include:

There is a LOT more that you should really listen to and discern for yourself, such as the Divine Feminine, ISIS, Ashtar Command, RA aka Marduk (the sun god), freemasons, shadow government (Chet-U) and much more. Please find the time to read this article and to watch the video at the end of the article.
The Terra Papers Parts 1 and 2 - Th hidden history of Planet Earth

For the record, these are not my words… they are Robert Morning Sky’s words. What he says makes a lot of sense, but with anything and everything, please use your own discernment.

Take what resonates with you and throw out the rest!

We also highly recommend watching and understanding the information in this video:

OUT OF MIND » TRUTH IN CONSPIRACY THEORIES? » HISTORIES MYSTERIES »  Robert Morning Sky: The Terra Papers | This is How the Annunaki Took Control Over Mankind