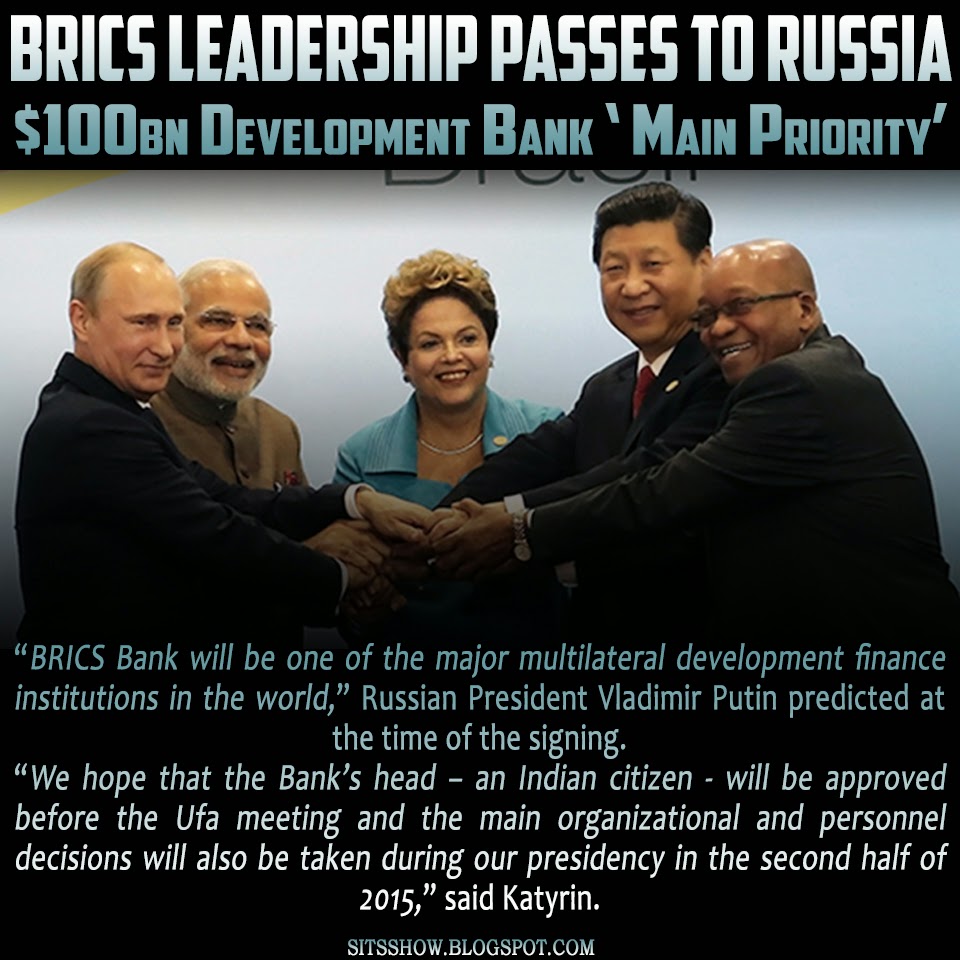 As Russia assumes the chairmanship of the BRICS business council, the launch of the New Development Bank for its members will begin as an alternative to the US-dominated International Monetary Fund (IMF).

Sergey Katyrin, President of the Russian Chamber of Commerce, took over the chairmanship of a business council of BRICS, an economic association made up of Brazil, Russia, India, China and South Africa, on Wednesday.

The seventh summit of BRICS will be held in the southern Russian city of Ufa in July.

Last month, Katyrin emphasized that Russia would concentrate its energy on the launch of the BRICS New Development Bank (NDB) in an effort to generate greater cooperation among the five emerging markets.

"The main priority for Russia will definitely be the launch of the BRICS bank. We will do our best to facilitate this process," Katyrin told RIA Novosti in an interview last month.

The bank will finance infrastructure projects in the BRICS countries and across other developing countries, and is expected to start functioning by the end of 2015.

“We hope that the Bank’s head – an Indian citizen - will be approved before the Ufa meeting and the main organizational and personnel decisions will also be taken during our presidency in the second half of 2015,” said Katyrin.

In July 2014, BRICS members gathered for the 6th summit in Fortaleza, Brazil, where they signed an agreement to forge ahead with the $100 billion NDB, which will also possess a reserve currency pool worth over another $100 billion.

“BRICS Bank will be one of the major multilateral development finance institutions in the world,” Russian President Vladimir Putin predicted at the time of the signing.

Indeed, judging by the proportion of the planet that now falls under the BRICS fold, the economic alliance seems destined to be a powerful force on the global stage. 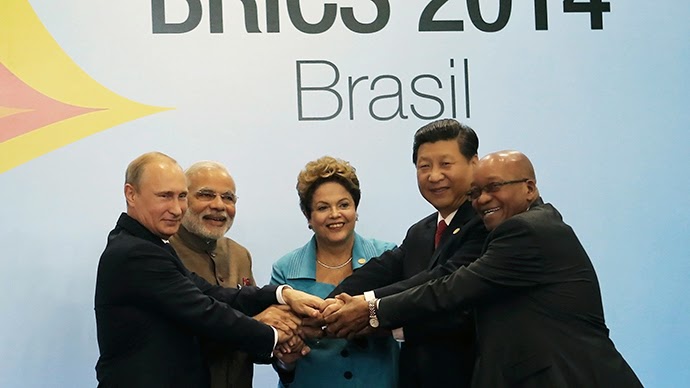 According to Russian experts, economic turnover within the BRICS in the last five years has doubled. And, despite the crisis, any serious depreciation is not expected: The growth rate is anticipated to be 5-10 per cent per year.

The creation of the NDB will not be the only major project on the agenda during Russia’s one-year BRICS presidency. Katyrin says there are some 40 projects set for consideration by the five-member group, the most important at present being “in the field of infrastructure."
Challenging US-dominated institutions

Analysts predict the introduction of the NDB could have an effect of lessening the dominance of the US dollar in global markets, as well as inside dollar-backed institutions such as the International Monetary Fund (IMF) and the World Bank.

While Katyrin was optimistic that the pool of reserve currencies will “strengthen the position of the ruble,” he was realistic about the chances of any other foreign currency supplanting the US dollar as the global reserve currency anytime soon.

"It is not enough to declare that, for example, the yuan tomorrow will be a certain currency,”he said. “It will be a purely promotional, populist measure. We must make sure that any entrepreneur wanted to have the yuan in its turnover.”

“Until that happens, talk about convertibility of the yuan, or ruble would be inappropriate, the world will not treat (other currencies) like the dollar.”
Tool to foster security

Speaking about the “tragic lessons of the past,” Putin said BRICS “consistently advocated” on behalf of peaceful settlements in international conflicts and “condemned any attempts on the use of force and interference in the internal affairs of sovereign states.”

The most effective use of the five-nation economic bloc would be to “improve security and stability in the world.”

“That will be the focus during Russia’s presidency in BRICS,” the Russian leader emphasized.