OUT OF MIND » THE INSANITY OF REALITY » FINANCIAL COLLAPSE » The Fed is Broke!!! 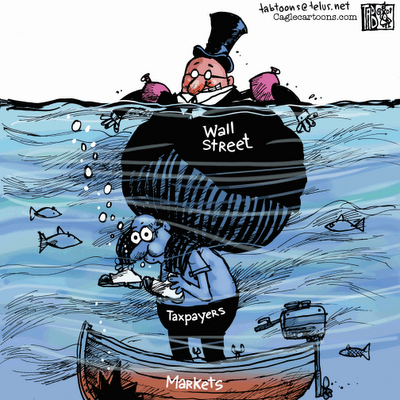 UNITED States of America  –   It can now be reported that the privately owned U.S. Federal Reserve is now insolvent in ass backward derivatives tied to major worldwide central banks aka the Bank of Japan, the European Central Bank (ECB) and the German Deutsche Bank.

The Fed is now illegally (clearly outside their charter) using U.S. Taxpayers’ money to buy back the bogus loans of Freddie Mac and Fannie Mae not using cash but derivatives aka naked written short positions versus the U.S. Treasury bonds and U.S. Treasury notes.

It gets worse!
Thanks to the treasonous Dodd-Frank Act signed by George W. BushFRAUD the checking and savings deposits of average Americans and now subject to being looted by this criminal banking cabal including 90% of both elected Republicans and Democrats in the U.S. Congress.

It gets even worse!

We can now divulge that the privately owned U.S. Federal Reserve (controlled by the Bank of England) has been accommodating Bank of America, JPMorgan Chase and the New York Mellon Bank in disguising massive wrap around (non-collateralized without margin) derivative debt tied to Bank of America and the George W. BushFRAUD-Henry Paulson mortgage-backed securities scam that helped wreck and destroy, along with Bear Stearns, the U.S. economy in 2007 and 2008.

In closing, tomorrow’s U.S. Labor Department report on unemployment has already been leaked to worldwide crooked banks and is bogus.

The current U.S. Administration counts U.S. citizens that work a half an hour a week in less than a part time job as an employed individu

OUT OF MIND » THE INSANITY OF REALITY » FINANCIAL COLLAPSE » The Fed is Broke!!!

» America Is Not Broke! We Are Being Lied To!
» The NYT Broke the UFO Story Because the Pentagon Wanted To — Right?
» POOFness for MAY 26: What's Going On Besides We Are Broke so SEND Us Money
» U.N.: U.S. Broke International Law by Eliminating Soleimani
» Why the federal government broke vaccine law for 30 years