How To Transcend The Perception of Separation 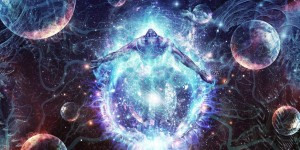 How do you communicate Oneness to people who believe they’re separate?
It’s an interesting challenge with no simple answer. I’d like to share the joy of Oneness with everyone, but I have to appeal to their illusion of separation to even begin communication. It makes things rather complicated and confusing to switch back and forth between these different perspectives.
For instance, we talk about Source Being Everywhere and Everything, but then we also talk about reaching Source. Do you see the problem there? It’s a contradiction, though a better word for it would be paradox. How can you reach what’s already everywhere? You don’t, and “reaching Source” is simply a shift in perspective. A realization of Source’s omnipresence. 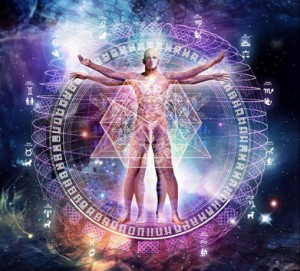 Another word for Source, the universe, All-That-Is, is God. Ultimately, it transcends concept altogether as the word holds a different meaning to everyone. To the person that believes they’re separate, I can’t just tell them God Is Everything and have them really understand what I’m saying. From their perspective, God is clearly not everything.
Even if they believe that God Is Everything, it’s still different from the Living Experience. Beliefs operate from the paradigm of separation, no need for beliefs in Oneness because Truth is always Present. You know the saying a picture is worth a thousand words? Truth is a deeper vision of Reality, beliefs are just words.
You can never truly see from another’s perspective, that’s the flaw with religion, you have to see from your own perspective to really understand. You have to be active, you have to realize, integrate and experience things for yourself, you can’t just passively believe what someone else is telling you. At least not if you want to truly experience Oneness. 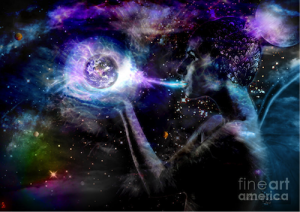 There’s the part, and then there’s the Whole. Separation tells you that you’re apart from the Whole, Oneness is the realization that you’re a part of the Whole. Is any part really separate from the Whole? Would the Whole really be whole if it was missing something?
Believing you’re separate from God is kinda like your nose believing it’s separate from the rest of your body. Your nose couldn’t even function if it was separate, and the same is true of you and God.
So how to move from the perception of separation back to the Reality of Oneness? It’s through releasing identification with the ego and the mind, both of which were born from the illusion of separation, that we move back to Oneness.
So simple, yet so impossibly difficult when you try to break down the ego/mind using the ego/mind. Luckily, the Whole Universe will support you when your intent is pure, and the map back to Oneness is written upon your own Heart.
Source