OUT OF MIND » PERCEPTUAL AWARENESS ~ WELCOME TO WOOVILLE » THE SHIFT IN CONSCIOUSNESS » Why Are Many Old Souls Empaths?

Why Are Many Old Souls Empaths? 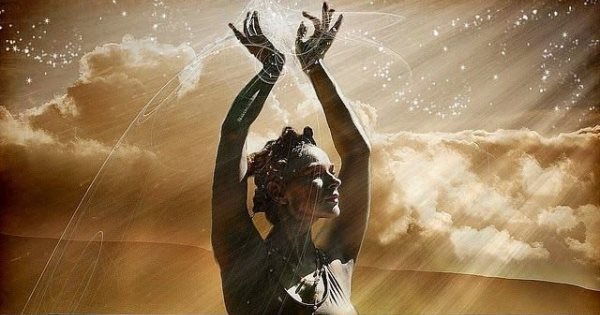 by Mateo Sol
Some of you may have heard of Empaths: people who are known for their highly developed ability to sense the emotions and thoughts of the people around them.
You might have heard all the symptoms of being an Empath; finding public places overwhelming, confusing others emotions with your own and absorbing them like an “emotional sponge”, finding films/images of violence or cruelty unbearable, feeling other people’s physical pains, being a great listener, suffering from fatigue, needing solitude to recharge and even experiencing the emotions of loved ones who are far away. But most articles fail to answer why this occurs.
And more intriguingly, Empaths account for about 5% of the population, yet are much more predominant within people who identify with being Old Souls or Highly Sensitive People.
How can this be explained?

Until a few years ago, I had never heard of the word “Empath “.
Growing up, I noticed a strange shift within me whenever I was around other people. I’m naturally very calm and centred, but in the presence of other people, I can empathize with the emotions they are feeling almost immediately.
When I was younger I told this to my Shaman mentor, Don Angel, who explained to me that this was something very useful to possess and had been known for centuries by the Incans. In the Incan way of viewing the world, we believe in a concept known as “Kawsay Pacha”, living energy. To us the world of nature is alive and responsive, and the cosmos is a vibrating field of pure energy frequencies.
Incans once believed they were born into a world that was as conscious of them as they were of it, and that everyone could experience the energy of another living being as if it were their own. These people who could experience the energy of others had a great blessing, as they would find it much easier to cultivate a soulful connection with all living energies in nature and learn to harmonize themselves within their surroundings using “Ayni”, an energetic reciprocity that exists within all living matter.
When two living energies (for example: humans, animals, mountains) first meet, their energy bubbles touch each other, which is known as “Tinkuy”. Once a person encounters another person’s energy bubble, something we call “Tupay” starts to occur, where the two people begin to experience a collision of contrasts and differences between their energies, creating a confusion.
It’s at this point that the successful “Empath”, differentiates the type of energy of the person, whether it is “Yanantin”; a completely opposing energy, or “Masintin”, an energy similar in frequency. That is when you apply “Taqe”, an attempt to harmonize these two encountering living forces.
The Quechua word for an Empath is a “Qawaq” which means “one who sees”. It comes from the verb “Qaway” which means “to see” the living energy.

We all experience empathy to some degree. Empaths, however, struggle to distinguish their own emotions from those of others.
Highly Sensitive People are born with a physical sensitivity, that of a brain that is overly sensitive to stimuli of emotions, thoughts or activity. In many cases, HSP’s are so sensitive to subtleties within their environments that it allows them to feel the emotional changes within other people as well. However, not all HSPs are Empaths.

With Old Souls there’s a difference; their sensitivity is not physical in relation to the brain, but is spiritual, or is in relation to their souls. This doesn’t mean that all Old Souls are Empaths, but it does mean that many can easily become spiritually attuned to the living energy around them.
This spiritual attunement experienced by the Old Soul is enhanced by their “Old” energy that has been reborn many times. The more an energy comes into consciousness and then returns back to its origins, the thinner the veil of identity between “I” and “That” is, and the more it is purified.
As our individual egos becomes less defined, our unconscious intuitive receptors are left open to not only experience our own emotions, but the emotional vibrations of those around us.
The closest I can come to scientifically explain this is that somewhere within the frontal lobe of the brain, there is an area responsible for Echopraxia,which not only allows us to involuntary repeat others actions, but when activated in Empaths, can also allow for emotions from the surrounding environment to be involuntarily received and absorbed. However, there aren’t enough studies conducted to determine any of this conclusively.

Being an Empath can be a great asset; but only if you learn to center yourself, grounding your emotions within your own being and refraining from shouldering the unhappiness and suffering of the entire “Pachamama”, mother nature. If you don’t learn how to ground yourself, you’ll live like a slave to your emotions, rather than a master of them.
Once you learn to master these emotions, you will not feel burdened by your empathy, but freed by it. You’ll have the ability to control when you want to feel other people’s emotions in order to purposefully understand them. You’ll also learn when to tune them off, allowing you the space and clarity to act or advise accordingly.
But first, how do we do that?
1. Identify The Origin
The emotions you feel will not always be from other people; they are often your own. It’s easy to think all negative emotions are coming from other people, so in order to get things straight, try to constantly analyse whether there is something that may have caused the negative emotions you’re feeling or not.
2. Apply Mindfulness To Ground You
The emotional energies that you absorb and experience from others are usually processed through your unconscious intuitive receptors. When you focus your attention with mindfulness on a specific action, it forces your unconscious mind to tune out of those emotional frequencies and focus conscious attention on something else instead. Examples of grounding exercises include focusing on your breathing rhythm, visualizing a protective shield around you, or focusing on the spot between your eyes where your “third eye” is located.
3. Seek Solitude And Distance Yourself
After you have grounded yourself using a mindfulness technique, try to leave the area that persons energy bubble might have effected (for instance, leave for a different room or physically distance yourself by a few meters). This will allow you to see whether it really was that person’s emotional energy that was influencing you or not. Afterwards, make some solitary time for yourself which will give you the space to centre yourself again.
Being a Qawaq, or Empath has proven to be an invaluable skill in my life which allows me to teach and treat other people. It has helped me to understand what a person wants or needs and what they are afraid or insecure about by attuning myself to their different emotional vibrations.
So now I’d love to know: what are your experiences as an Old Soul with the gift of being an Empath? Please share with me below!

Thanks to Body, Mind, Soul & Spirit for this article

OUT OF MIND » PERCEPTUAL AWARENESS ~ WELCOME TO WOOVILLE » THE SHIFT IN CONSCIOUSNESS » Why Are Many Old Souls Empaths?