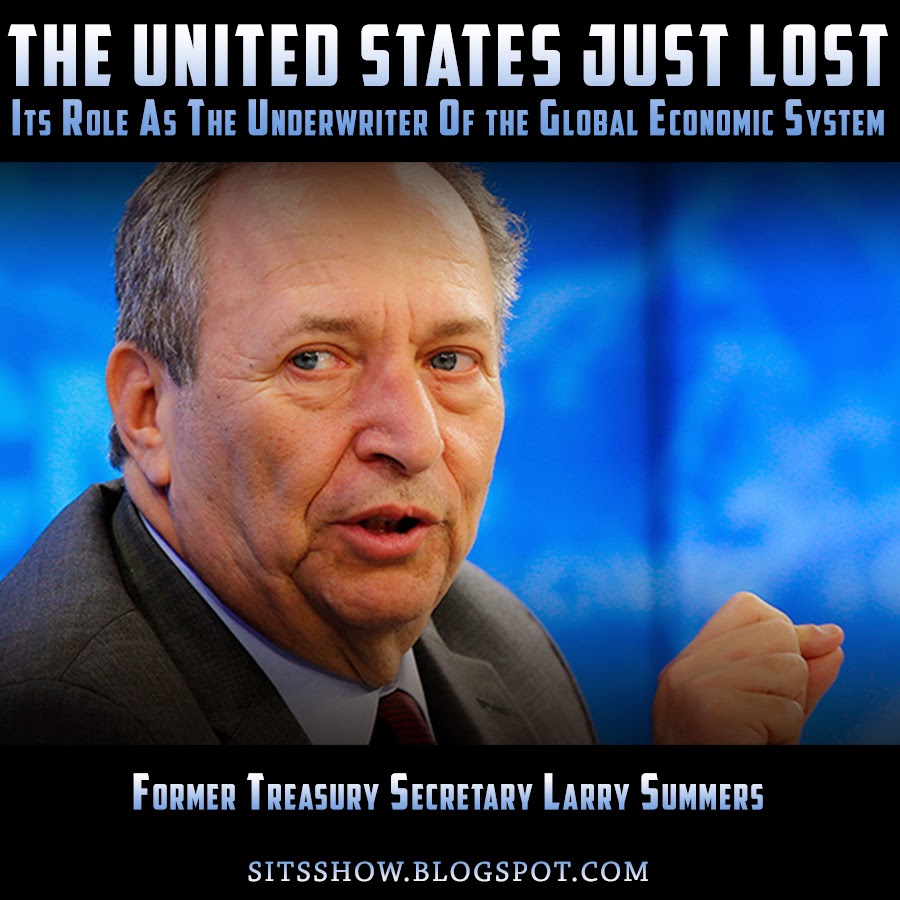 The dollar has been gaining value sharply over the past few months as a result of massive quantitative easing and artificial growth stimulation. The IPO index measures how many new companies are going public, and the present slowdown, or decline, correlates strongly with four other major crashes over the past 15 years.

If the AIIB system is in fact independent of the Federal Reserve, then this will mean great changes for any currency backed by FRN's.

US 'prosperity' over the past 15 years at least has been a grand illusion of market manipulation and rigging. The powers behind the US financial system, the Federal Reserve, needs a monopoly to maintain itself. Any competition which forces it change its policy of free money and zero percent interest, will mean a sharp increase in the cost of production for US dependent economies. Presently the Fed Rate is the lowest it can possibly go, and even a 0.25% increase would mean billions of dollars in budget deficits.

2016 is when these banks are slated to begin operating and is already looking to be a year of major changes; as disclosed by the banks themselves.
- Justin

The US may no longer be in control of the global economy, warned former Treasury Secretary Lawrence Summers, urging Washington to regain dominance by honoring commitments and stopping its own hypocrisy.

China’s establishment of the Asian Infrastructure Investment Bank (AIIB), and Washington’s failure to stop its traditional allies from joining, was a development without precedent since the 1944 Bretton Woods conference established the current international financial order, Summers wrote in an op-ed published by the Financial Times and Washington Post, among others.

“This past month may be remembered as the moment the United States lost its role as the underwriter of the global economic system,” he wrote.

Summers explained that a combination of internal politics, hypocrisy in applying rules, and disregard for the middle class in global policies combined to isolate the US and open the way for alternate financial architecture such as the AIIB to arise.

It was Washington that proposed governance reforms for the International Monetary Fund (IMF) in 2009, Summers noted, only to see them stall in Congress due to “resistance from the right.” However, he also blamed “pressures from the left” for restricting infrastructure investments through the existing financial institutions, at the time when most developing countries need them the most.

“With US commitments unhonored [sic] and US-backed policies blocking the kinds of finance other countries want to provide or receive through the existing institutions,” the way was clear for the AIIB, Summers wrote.

To repair the US position in the financial world before it becomes irreversible, Summers suggests a three-point strategy. Firstly, the US should adopt a bipartisan approach, free from “gross hypocrisy” and “restrained in the pursuit of self-interest.”

“As long as one of our major parties is opposed to essentially all trade agreements, and the other is resistant to funding international organizations, the US will not be in a position to shape the global economic system,” he wrote.

Just as importantly, the “legitimacy of US leadership depends on our resisting the temptation to abuse it,” Summers argued, pointing out that allies and partners found it aggravating when US lawmakers insisted that international laws and treaties did not apply to American companies or government.

Summers also advocated policymakers not to neglect the middle class, warning that the present global politics do just that, catering primarily to the rich elites and to some extent to the poor. Lastly, he cautioned against imposing austerity, arguing that “we may be headed into a world where capital is abundant and deflationary pressures are substantial,” so the emphasis ought to be on promoting investments.

It just happened: “The moment the United States lost its role . . .” 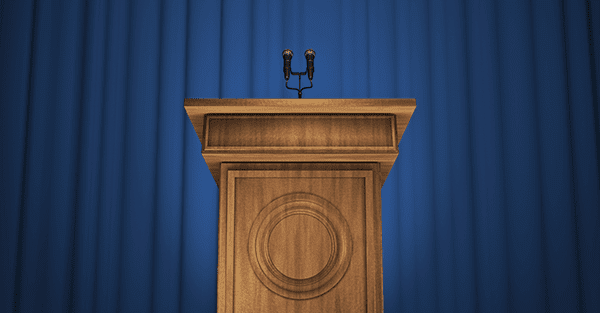 Last week, the government of China closed the enrollment window to join its new Asian Infrastructure Investment Bank (AIIB) as a ‘founding member’.

The AIIB, if you haven’t heard of this yet, is designed to essentially displace the Western-controlled IMF and World Bank.

And prior to last Tuesday’s deadline, dozens of nations around the world from New Zealand to Denmark signed up to join.

Even staunch US allies like the United Kingdom and Israel agreed to be part of AIIB.

This is a huge coup for China, and probably the most obvious sign yet that the global financial system is in for a giant reset.

Under the weight of nearly incalculable debt and liabilities, the United States is in terminal decline as the dominant superpower.

From Ancient Rome to the British Empire, this has happened many other times in history.

This time is not different. And everyone else in the world seems to get it. . . except for the US government.

They act as if the financial universe will revolve around America forever—that they can print money, indebt future generations, and wage war as much as they want without consequence.

Practically the entire world is lining up against them to form a brand new financial system that is no longer controlled by the US government.

In an editorial published in the Financial Times, former US Treasury Secretary Larry Summers summed it up plainly saying that this “may be remembered as the moment the United States lost its role as the underwriter of the global economic system.”

The consequences of this shift away from a US-controlled financial system cannot be understated.

Suddenly it will be time for painful decisions in the US—like slashing Social Security benefits, drastically scaling back the military, and selectively defaulting on the debt.

Make no mistake, this transition is going to be bumpy.

China may already be the largest economy in the world by many measurements. But the Chinese economy is in for some serious strain over the coming months and years as its massive credit bubble bursts.

So in addition to America’s fiscal and monetary challenges, the world is going to have to suffer through a potential Chinese crisis as well.

But this does not affect the long-term story. Remember, nothing goes up or down in a straight line.

On its road to becoming the global superpower in the 20th century, the United States suffered its own series of deep economic setbacks—from the Panic of 1907 to the Great Depression, and several recessions in between.

China’s path will likely be similar.

This is one of the most important trends of our time. And it’s happening right in front of our eyes.

As with any great change, there are going to be people who get completely wiped out—primarily, people who didn’t see the change coming or chose to ignore the trend.

The flip side of this is that, for anyone with the intellectual courage and independence of mind to be paying attention, this is a time of extraordinary opportunity.

Some of the wealthiest people in Europe were minted in just a few years during the Weimar hyperinflation of the 1920s.

And some of the greatest fortunes in the world (some of which still exist today) were made in the early days of the United States as the country rose to dominance.

That’s ultimately the opportunity we have today. We can’t do anything about the trend. It’s happening.

What we can control is how we react to it: ignore it at our own peril, or seize the opportunities that come from it.

Our goal is simple: To help you achieve personal liberty and financial prosperityno matter what happens.

If you liked this post, please click the box below. You can watch a compelling video you’ll find very interesting.

Will you be prepared when everything we take for granted changes overnight?

Just think about this for a couple of minutes. What if the U.S. Dollar wasn’t the world’s reserve currency? Ponder that… what if…

Empires Rise, they peak, they decline, they collapse, this is the cycle of history.

This historical pattern has formed and is already underway in many parts of the world, including the United States.

Don’t be one of the millions of people who gets their savings, retirement, and investments wiped out.

About the author: Simon Black is an international investor, entrepreneur, permanent traveler, free man, and founder of Sovereign Man. His free daily e-letter and crash course is about using the experiences from his life and travels to help you achieve more freedom.

Posts : 1417
Join date : 2014-01-03
Location : England
"Under the weight of nearly incalculable debt and liabilities, the United States is in terminal decline as the dominant superpower.

From Ancient Rome to the British Empire, this has happened many other times in history."

For different reasons but very true, England had a clue nothing would be the same after being bankrupted paying for WW2.

Washington had all to live for and it went to their heads, that disease later spread back across the Atlantic which explains the EU and the current baboons standing for election here