The Mystery of the Marfa Lights (Strange Glowing Orbs In Texas) 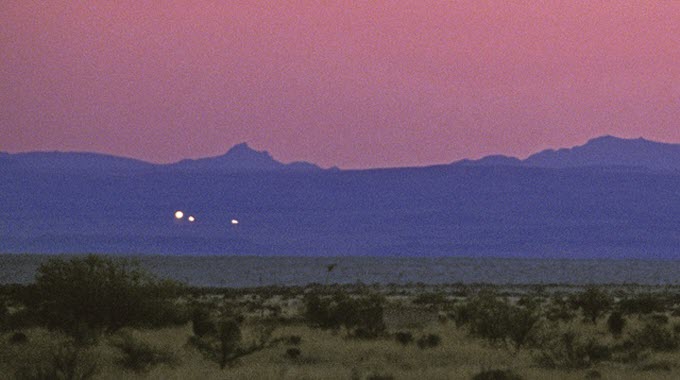 What are the strange glowing orbs that haunt the horizon in Texas each night?
Drive down an obscure portion of U.S. Route 90 in Texas, about 9 miles east of the city of Marfa, and you’ll come to what’s likely the only roadside viewing platform dedicated solely to witnessing a mysterious phenomenon. The site is mostly deserted during the day, save for the occasional motorist using the restrooms, but come night, tourists and locals alike converge to stare into the desert and hopefully catch site of a ghostly apparition.
“The Marfa Mystery Lights are visible on many clear nights between Marfa and Paisano Pass as one looks towards the Chinati Mountains,” one of the plaques at the site reads. “The lights may appear in various colors as they move about, split apart, melt together, disappear and reappear.”
Tales of these mysterious glowing orbs have been circulating around Marfa for as long as people can remember, with the earliest reports first coming in the late 19th century. The first published account came from the San Angelo Times in 1945, with many more following over the next several decades as interest in the phenomenon grew. Marfa, sensing a tourist opportunity, built the viewing station in 1986. As journalist Michael Hall wrote in his excellent in-depth 2006 piece on the phenomenon, “You didn’t have to believe in UFOs to think that something was out there.” 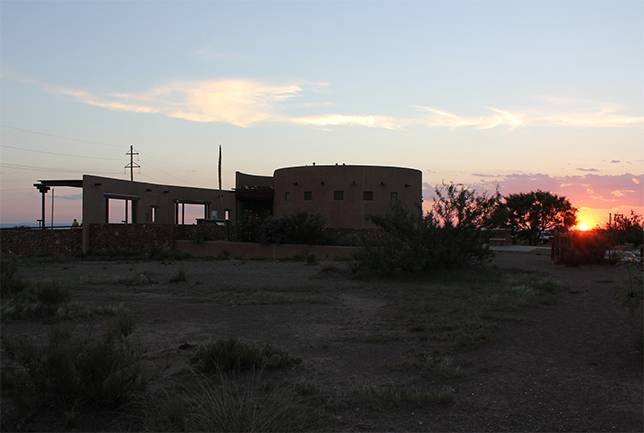 As with anything unexplained, the fun is trying to figure out what exactly the mysterious Marfa Lights are. The most widely accepted explanation is that the lights seen from the viewing station are actually the headlights of vehicles traveling along U.S. Highway 67 in the distance. The bizarre bobbing and shifting patterns of the lights are the result of nighttime mirages caused by sharp temperature gradients. A 2004 on-site study by Society of Physics Students at the University of Texas at Dallas came to that very conclusion after a series of tests over a four-night period.
“All of the mystery lights observed by this group on the nights of 11 and 13 May 2005 can be reliably attributed to automobile headlights traveling along US 67 between Marfa and Presidio, TX,” the group reported.
Case solved. Stop the “Unsolved Mysteries” theme music. The phenomenon is no more. The air has been let out of the balloon.
But wait. While nearly everyone agrees that the majority of lights seen from the viewing station are likely caused by cars, locals will add that the true Marfa lights are not as common an occurrence. As one former Marfa native revealed in a recent YouTube comment, identifying where U.S. 67 is, and then panning to the left — devoid of any distant highways, cities or towns — will give you a shot at seeing the real phenomenon.
“Now, from that position, anything else that you see that moves up, down, left, right, changes color, splits and merges, or fades and reappears is a Marfa Light — especially if you see multiple lights at once. The real Marfa Lights are NOT headlights, that I know.”