Images of a what appear to be a “UFO” hovering over south America have been captured by the editor of a Columbian newspaper.
Richard Emblin, director and editor-in-chief of Columbian English language newspaper, The City Paper, based in capital city Bogotá revealed the pictures he took yesterday on its website.
The three pictures, he claims to have taken from a balcony at his home in the city, appear to show a blurry figure of eight object in the sky. 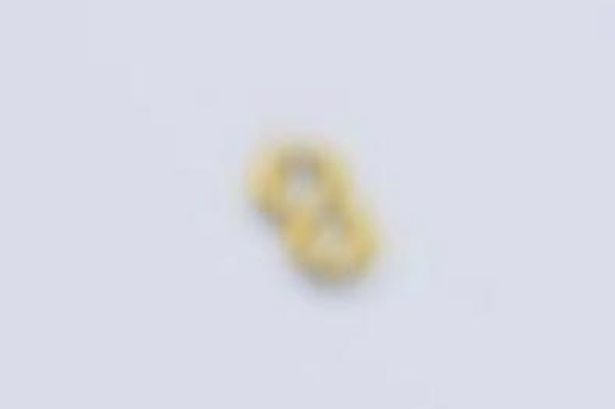 The photojournalist, who has had work published in TIME, Der Spiegel, and The New York Times, and worked for a New York photo agency covering conflict in Columbia and Angola for ten years, wrote an article in which he was adamant the object was a UFO.
He said: “I take my journalistic ethics very seriously.
“I do not manipulate my images. On Sunday, April 12, I stepped out onto my balcony, which faces East, and is located in the Rosales neighborhood of Bogotá.
“It was a grey, Sunday morning, the streets were empty, and washed with a light drizzle from the night, which had passed. As I looked up and beyond the red walls of my barrio, I saw a black round object rise vertically into the sky, from behind a ridge of the Cerros Orientales.
“At a possible distance of 5 kms, the shape was rounded and appeared like a spot against the uniformity of grey, which was blanketing this capital of eight million.”
Mr Emblin added that as a “frustrated commercial airline pilot” he knew the sighting was not an earthly aircrafty.
He wrote: “I know my planes. Up close and at great distances. I know how to distinguish the sound of an Airbus A 340 to a Boeing 777. I have studied flight maps, flight routes and flightaware. I understand these machines. I admire them. There was no fuselage, no winglets, no sound. This was no plane.”
The journalist, who has “risked his reputation” by posting the pictures, according to one reader, then described what the object did.


He said: “The black dot began to unravel itself. It stopped under the melancholic canopy of cloud and darted south, where it shifted on its side. I abandoned the cigarette for my connected iPhone. It said 7:55 am.
“The spot was not visible on the screen of my iPhone. I tried it look for it again with my eyes, but the black object had shifted in the sky above my building. I though it might head towards the airport, so I grabbed my Nikon 300s and tried to remember where I keep a 500 mm lens…
“…and pointed my lens towards the other side of Bogotá. The object was not one, but two it seemed.
“It was very evident to me that this was a UFO. No drone. No Sunday morning balloon flight over a capital in which only official helicopters (police and army) can patrol.
“I could discern that the object shifted its shape. Could rise and fall quickly, and zip from one end of the city in a matter of seconds.
“The black dot seemed to have rings. It then tilted, shifted to one side, and disappeared.
“Make your own conclusions. I am not here to convince you. That is not my objective. Just that this wet Sunday in Bogotá, something mysterious was seen over Bogotá and for which I have no answers.
“We will be contacting the authorities in the days aheads to see if they can give us any insights as to what was taking place over the skies of Bogotá early April 12th.”
Readers had mixed views to the images. 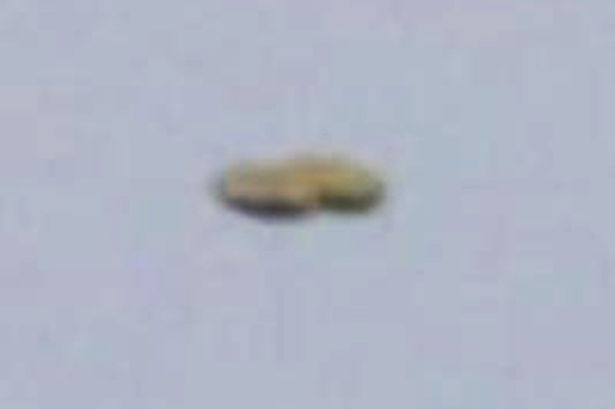 One called James posted: “Amazing! Why would this man risk his reputation over a ufo article if he didn’t feel what he was seeing was real and worth reporting? I for one believe him.”
Amit kumar, a UFO believer, speculated: “It seems like a swarm of small insects hanging around.”
While, another called Elio said: “Your UFO looks like a cheerio in your cereal bowl.”
( via mirror.co.uk )