OUT OF MIND » PERCEPTUAL AWARENESS » THE SHIFT IN CONSCIOUSNESS » Life: How To Live It

Life: How To Live It 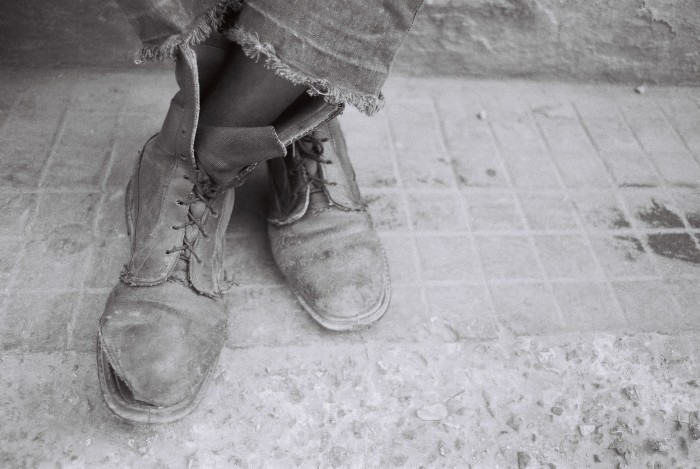 Now that we’ve realized that ‘free will’ is basically an incoherent concept, it’s time to align our experience and thinking with this new way of looking at reality. After all, to have realizations and to reach a new understanding about life is pointless unless these are put to practice and turned into a living reality.
In other words, it’s time to change the way I think and reflect upon what I do.

Rewriting the way we think about choosing

Where I had previously thought in terms of “I willed myself to do it,” or simply “I did it,” I must now, in the light of the no-free-will insight, look at an action as if I was moved to do it.
For this new way of regarding—or conceptualizing—our actions is far more in line with what’s actually going on. Of course, I wouldn’t go around and say stuff like that to people. I wouldn’t say “I was moved to pass you the salt” – even though I consider that a far more accurate description of what’s actually going on. It’s just a more correct way of thinking about what’s really happening.
Phenomenally, nothing is different. One’s direct experience of choosing is exactly the same. But the narrative has changed. No longer is the phenomenal sense of choosing coupled with the notion of “I choose to do this,” but is instead regarded as if one is moved to action – and eventually this new way of thinking also starts to shift the way choosing feels. Changing the way we conceptualize the feeling of choosing actually starts to shift the sense of agency from an I-entity as a doer, to a feeling that one is instead moved by the hands of the totality.
Now, let’s break this down into more detail.

The phenomenal aspect of our personal will is the intention-thought. That is, all actions where it feels as if one is the doer are always preceded by an intention.
Where there’s first an intention and then an action, the feeling is that we’re doing something – whereas when there’s no intention-thought preceding the action—when there’s just a spontaneous action—we tend to consider that movement automatic, or involuntary.
In terms of what it feels like, an intention-thought is a like a mental force, or mind-movement, that makes up the very sense of being a doer.
But much of this sense comes from the fact of how we conceptualize and think of it. And since intentions aren’t really ‘intentions’—that is, since we’ve now abandoned the belief in ‘free will’, we can no longer justifiably call intentions ‘intentions’ anymore, since that word implies the presence of a free-acting agent, a concept we now realize to be nonsensical—we must now call that phenomenal aspect of our will something different. Something more in alignment with our understanding. Something that accurately reflects what’s actually going on.
An inclination of the universe.
An impulse of the totality.
By ceasing to regard that phenomenal aspect as ‘intention’ and starting to think of it as an-impulse-of-the-totality instead, we can slowly begin to escape the connotations that give rise to the sense of being a doer.
However…

Towards a better way to live life

It’s entirely possible to live and act in this world completely without intentions altogether.
That phenomenal aspect that precede every conscious action? We don’t need it.
This is the true meaning of the word surrender.
This is what it means to “release the tiller.”
To relax, and let the universe do the driving.
We don’t need intentions. We just think we do – it’s just so hard to imagine otherwise. I mean, what can be more obvious than the fact that if I want to pick up my keys, I need to will myself to do it. Right?
But realize how ridiculously many actions you perform every day that aren’t preceded by an intention. For instance, when taking a stroll, I’m not using the force of my willpower to put my left foot in front of my right – no, walking simply happens all by itself – without any need for ‘intentions.’ And consider the multitude of involuntary hand and arm movements that happen all the time—we’re incessantly scratching and touching ourselves all over—without any preceding intentions. It’s all spontaneous involuntary action. It’s effortless doing without the sense of being a doer.
So, try this out: The next time you’re at the point of making a conscious decision, simply don’t. For instance, let’s say you’re out walking and you’re at a point where you can either choose to go left or right.
“Shall I go left or right?” You think. But then allow yourself to answer a mere “I don’t know,” and then wait. Don’t make a choice.
Eventually you will simply start walking, left or right – spontaneously, without any intention/doing or effort – even if it takes you two hours before anything happens and you’re just standing there like an idiot.
Or sit down on a sofa and decide to not do anything by intention. When an intention arises, simply ignore it; and instead wait and see how long it takes before your body does something entirely spontaneous, effortless, and completely automagical, without any involvement of intention. It probably won’t take very long.
It’s entirely possible to always act and live in this way; to abandon intentions completely; simply live without them – always waiting to see what happens next. But getting there is a gradual transition. To go from intention-based doing to intentionless spontaneous living takes some time.
As you see in realtime that everything is unfolding perfectly fine without intentions, you begin to realize that you don’t have to worry about the future – because you now know, you have faith, that everything will be taken care of exactly as it should, when it should, by an intentionless unfolding of the totality.
By doing these experiments one can gradually grow this faith; to develop a knowing that everything is being taken care of, and that ‘I’ don’t need to have a hand in the game for it to be running. As faith develops, more and more of these intentions can be let go and instead allow for life to express a smooth and effortless living without any ego-obstruction.
Faith isn’t something that you can convince yourself to have. It’s something that you have to slowly acquire by seeing in realtime that everything is working out all by itself. But the whole thing does require an initial leap. A simple step out of the way so that life can begin flowing, smoothly and effortlessly, now that you aren’t always obstructing the current.

OUT OF MIND » PERCEPTUAL AWARENESS » THE SHIFT IN CONSCIOUSNESS » Life: How To Live It