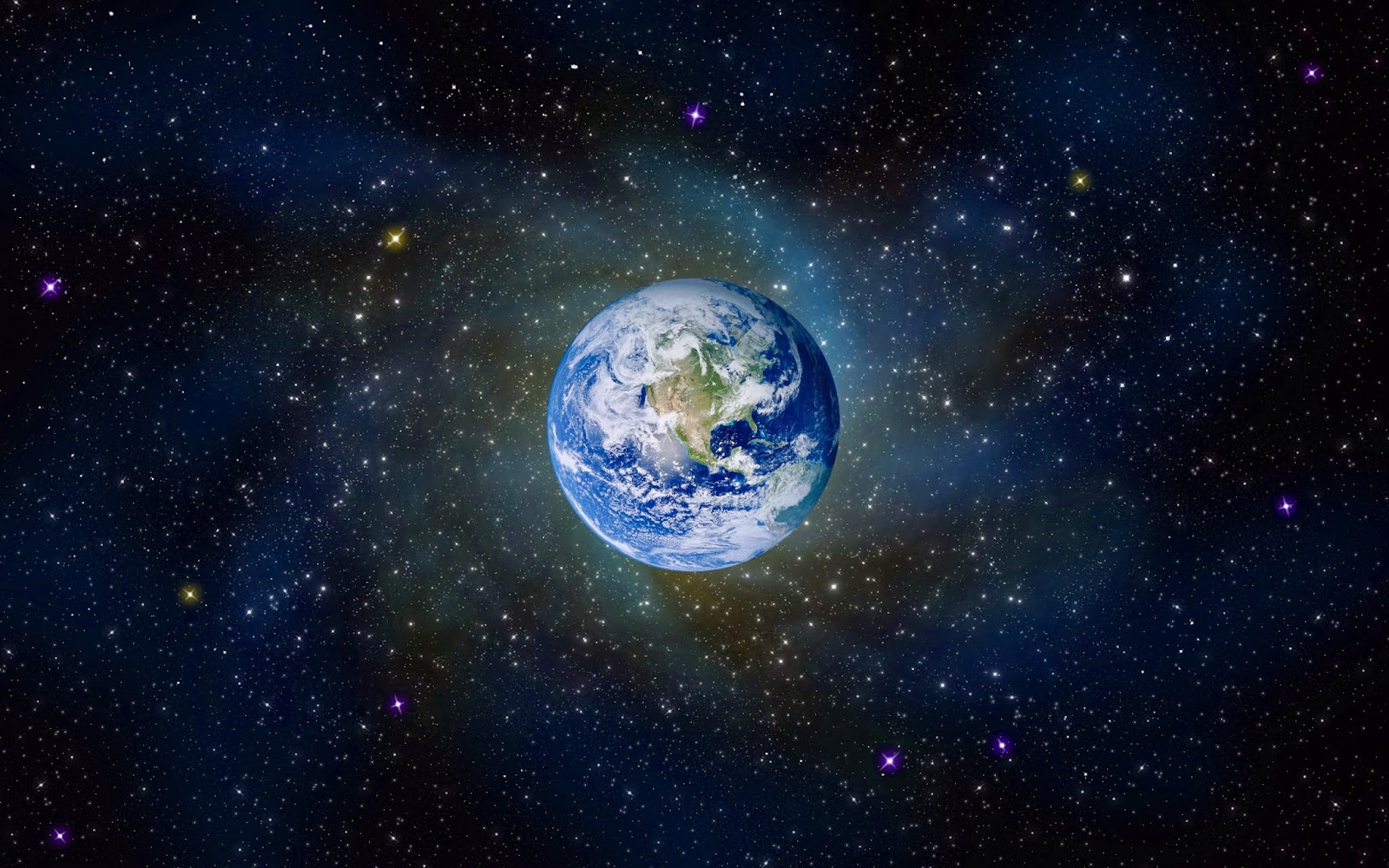 It is the early morning of January 28th, 1969 aboard the Union Oil drill platform-A: Six miles from Santa Barbara, California.  On an otherwise routine day, well number A-21 experienced a underwater blow-out lasting ten days, and covering all within sight with sticky crude oil.  At the time it was the worst environmental oil spill ever.  Today it's been bumped to number three, after the Exxon Valdez spill in 1989; and the infamous Deepwater Horizon which ironically occurred on Earth Day just five years ago.

Aghast at the destruction of the Santa Barbara spill, the following year senator Gaylord Nelson from Wisconsin conceived of "Earth Day" and soon got it approved as an annual observance to further our understanding and appreciation of our mother earth.  That oil spill and the resultant Earth Day observance are generally considered to be the genesis of the conservation movement.

How well I remember that time 45 years ago; back when our passions could not be defeated by any bureaucracy and some of us thought we were seeing the dawn of a bright new day for Gaia and all her children.  Finally, progress was being made somewhere if not everywhere, and the sweet smell of hope filled the air, and our heads.  For a time.

There were a few politicians who took up the banner for conservation, along with groups like Greenpeace, Sea Shepherds, etc; and gradually, little by little laws were enacted to further protect the environment, natural wetlands & watersheds.  things were looking up; for a time.

Sometimes the pendulum of change seems more like the scimitar. As soon as face-shooter Dick Cheney and his smirking chimp GWB puppet figurehead took office; laws which were protecting the environment and mother earth were summarily stripped off the books and replaced with the patriot act.  Things have been rolling downhill ever since for Gaia, and all of us along with her.

As we greet the 45th observance of Earth Day we are finding there is indeed not much to celebrate.  Just this last week fracking operations in Oklahoma released another swarm of 4.0+ earthquakes, with the same thing occurring in Idaho, Montana, and basically everywhere fracking is permitted.  So, this insanity called fracking, which makes drinking water so toxic it is flammable, and creates swarms of earthquakes-is perfectly legal?

Meanwhile the timber industry is busy trying to cut down every last tree they can find so Japan can have wood for houses.  We're stripping Tuna from the Atlantic fast enough for it to be called genocide, so the Japanese can have some non-radioactive fish to eat in their new homes.  Everywhere we look; animals are being harvested with zero regard for anything beyond profit.  Not only are entire forests still being burned in south America in the name of progress and profit; all over the world the rapacious demand for palm oil kills even more wild virgin forests at a truly staggering rate.

Humanity can live just fine without palm oil, whale oil, and fucking shark fin soup.  Why we insist upon such ugly, greedy practices just amazes and confounds me.  I seem these days to be trapped in one long, drawn out, What the Fuck moment; because every single day those running this game ratchet the insanity up a few more notches.

Has the media where you live covered the massive dead whales beaching themselves in Japan, or that this act is thought to be a precursor sign of earthquakes.  Did they tell you that just days after the beaching, Japan began having not just an earthquake, but once again, swarms of them?  Didn't hear about that?  Didn't think so.  Then you might not have heard about the new volcanoes erupting in Japan either.

It isn't just Gaia having a really bad time of it this week; her human children aren't doing so good either.  A man guilty only of running while being black is shot to death, in the back, as another man arrested for the same "offense" dies from a mysterious broken spine while in custody.  Elsewhere, a 70 year old volunteer police "officer" killed a suspect with his gun while thinking he was firing his taser.  He was unqualified for either in my humble opinion; but was found not only not guilty, but also deserving a vacation in the Bahamas??!! Yup, another WTF moment.

Obama is celebrating Earth Day with some nuclear brinksmanship and saber rattling with Iran which is probably making dear Gaia a bit nervous.  Why isn't he sending some humanitarian ships to help save drowning refugees fleeing Libya instead of blockading Iran?

Earlier this week a postal worker in a gyrocopter flew in under all the radar in the most controlled air space on earth, and all the muscles of homeland security, and landed on the white house lawn to deliver 535 letters-one to every member of congress protesting campaign funding practices.  To the further embarrassment of DHS, the postal worker had notified the authorities and media he would be conducting this act of civil disobedience.  And he still sneaked in and took everyone by surprise even so.

A crazy week on planet Earth! 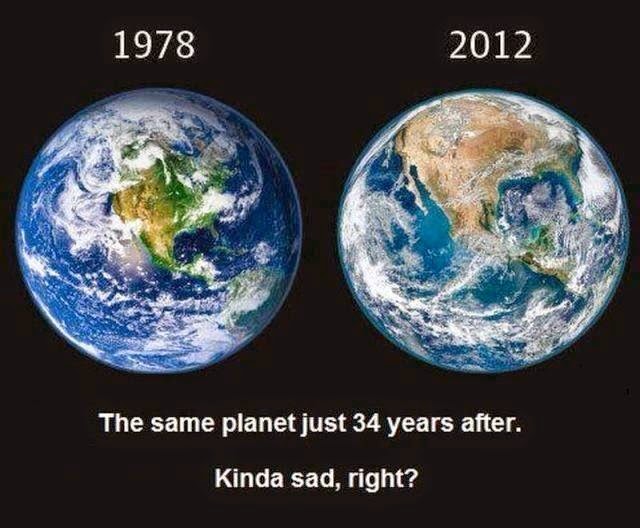 Getting back to mother earth as a focus; we find that Fukushima has killed the pacific ocean, as the fishermen return with empty nets again, like last year, there are no fish.  They're all dead & gone, but then we already knew that.  We also know it will only be getting worse as more radiation spews into the air and sea daily from that festering open sore created by incompetence fueled by greed.

At every level, when it comes to humans, it seems they cannot ever be counted upon to make the correct choice for the greatest good.  As example, take the king crab fishery in Alaska, just down wind from Fukushima's continuously erupting nuclear volcano.  That fishery should have been shut down immediately, Why you may ask...because crabs feed on the dead & dying of the ocean, which means all things killed by radiation.  The crabs become toxic from eating irradiated fish, and still they are selling Alaskan crab for top dollar around the world four years after the nuclear accident; knowing it is poison.  Not only don't those involved get into any trouble, they get their own TV show!

Back in the gulf of Mexico; the remnant of the Deepwater Horizon well is still leaking oil, as are a good many of the hundreds upon hundreds of abandoned gulf oil rigs.  BP sprayed unknown thousands of gallons of corexit which is designed to sink the oil, not absorb or disperse it.  Almost all of the Deepwater Horizon oil, plus all that corexit has turned the gulf into a dead zone; and the ocean conveyor currents are circulating that death around the planet.  Stuff like this is kept from us by the news minders at propaganda control, for our own good.  It's easier to ignore if we aren't being reminded of it every day. 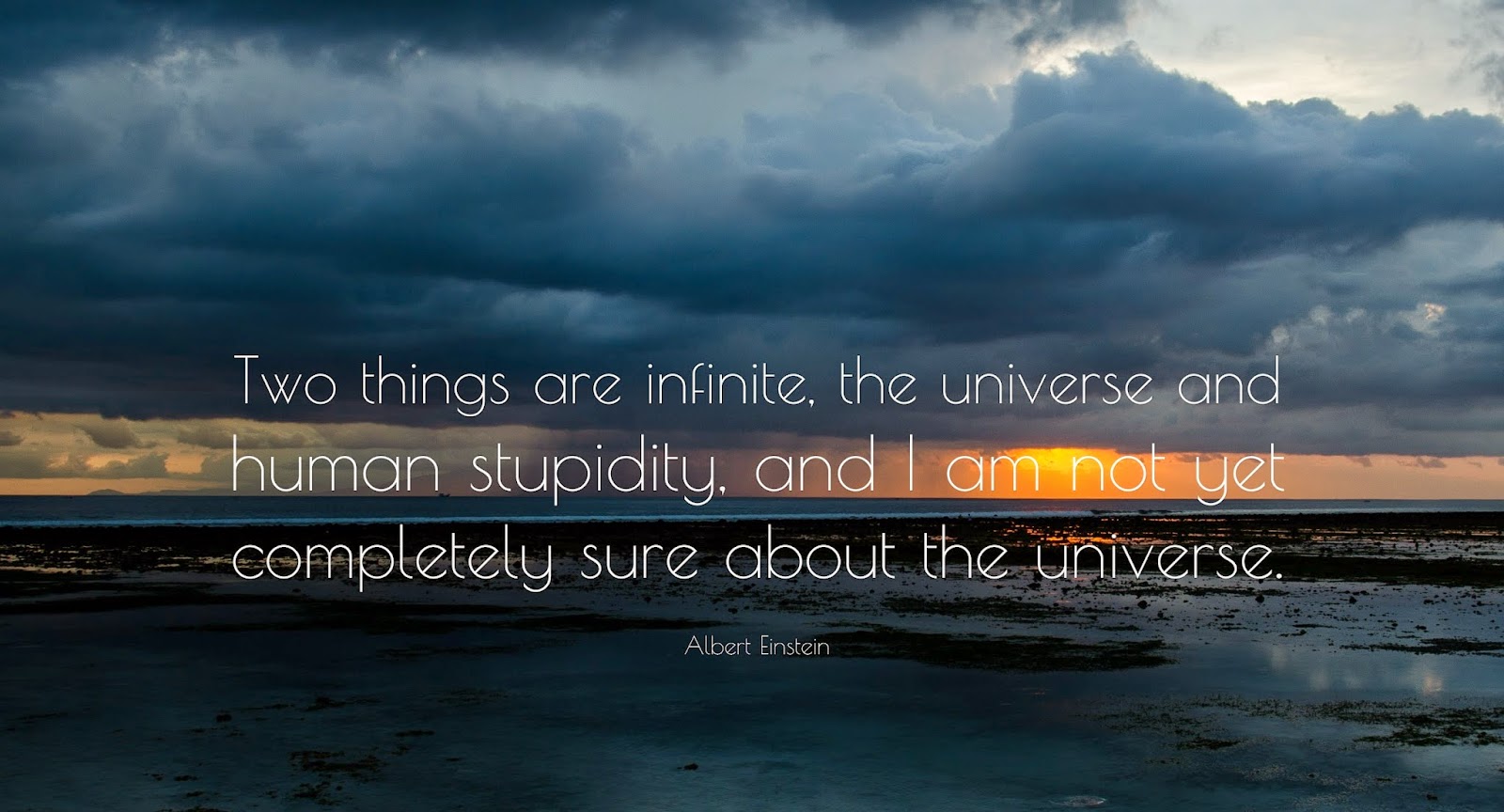 All over the planet we see the same exact thing: those who have either depleted or contaminated their own natural resources behaving as if they have a god-given right to the resources of others; either by commerce, or by war if necessary.  This is not just an unhealthy mindset, it is maniacal & insane.

Those shadowy ones behind all these atrocities continue to spray deadly toxic chemtrails above us in stark disregard for our resentment, dulling our senses, making us sick, and taking us right out of the equation.  For a while now we have seen the reports claiming that some Wal-Mart stores would be used as containment facilities, when all the undesirables and rebels were rounded up.  Those reports are easy for some to dismiss, but then this week also saw the announced closing to several Wal-Mart stores in different states all closing for plumbing repairs.  All of them, Really?!  Seems just a bit strange to me when you consider how Wal-Mart stores hate to lose a penny of business.  Hmmm!  Very strange indeed.

Between the neocons, archons & morons all the promise of Earth Day has become more of a longing for what was, and what we have lost.  Poor old Gaylord Nelson must be weeping in his grave.  Meanwhile, as they totally ignore the mega-risks to earth from Mega-business, news people show us how we can save the earth by making earth day hats from empty cereal boxes instead of tossing them in the trash.  While California suffers from a devastating drought, residents are threatened with stiff fines for wasting water; 11 huge private golf courses in southern California use all the water they want.  What complete rubbish!  Once again, we are fed this puerile idea that it is the behavior of individuals like you & me that has caused all these deadly ills to mother earth; and Our job to fix it.

The indigenous original people of north America called Gaia by a different name, they knew her as Turtle Island, and knowing also that all things are connected on the great medicine wheel of life; every day was earth day! They showed her respect, and she gave them abundance.  Good trade!

Somehow, since that time we have allowed others to steal our power and use it to wage war upon the sweet dear earth in our name.  To our enduring shame we have watched this parade of increasingly horrifying  atrocities to the environment without raising so much as a whimper of meaningful protest.  We just pretend we don't see, then pretend nobody else does either, and continue on with our little rat race lives, in servitude to those in the shadows of power.

Not too much to celebrate, is there?

May the Source Forgive Us 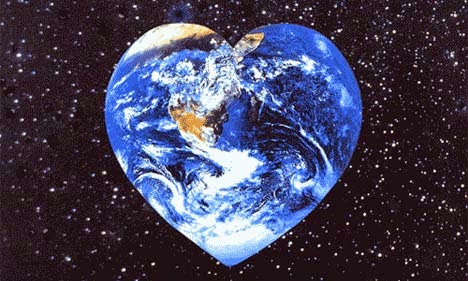