Amazing UFO spotted in Chile was NOT a man-made object, government claim

A "flying saucer" filmed by miners in Chile was "not a known man-made object" the government of the country has confirmed after an inquiry following the sighting. 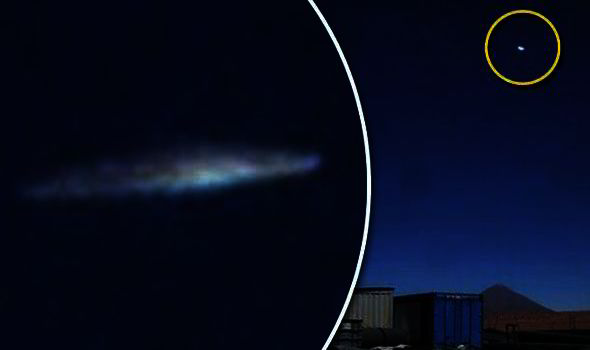 CSAAP
The object was seen two years ago and not disclosed for 10 months
UFO investigators at the Committee for the Studies of Anomalous Aerial Phenomena in Chile (CEFAA) released the recorded footage after "completing a thorough" investigation and declared in a report the mystery object in the sky was not anything they could recognise.

The video was shot by miners who were working at the Collahuasi copper mine, 14,000 feet above sea level in the northern Andean plateau, Chile, two years ago.

A spokesman for the CEFAA said: "It is not any weather phenomenon or any other known object made by man."

The shocked workers, who have not been named, reportedly kept the footage secret for several months for fear of being ridiculed, but after showing it to their bosses, were convinced into handing it to the CEFAA in February 2014 before investigations began.

The men initially described how the silver disc hovered in the sky for more than an hour and made no sound, but they then clammed up and would not cooperate with the authorities.

According to Chilean media, investigators found the object was about 10 metres across and flew in vertical and horizontal movements "that no other aircraft could do", before it disappeared eastwards.

A report on CEFAA’s the photos, described the UFO as “a flattened disc of brilliant colour" about 600 meters above ground.” 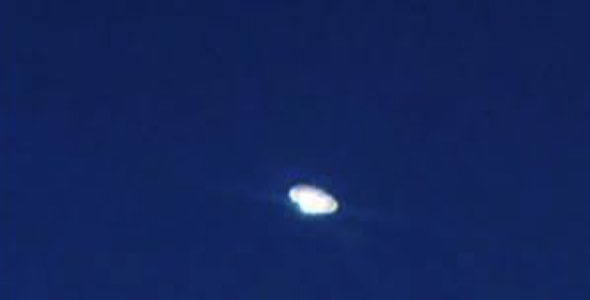 CEFAA•YOUTUBE
The strange object when zoomed in on the footage 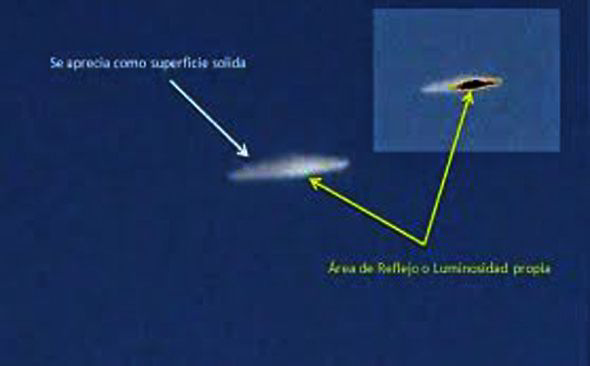 CLICK link below TO SEE VIDEO... sorry I could not get it to embed

Photo analysis indicated it was a solid body with a reflective surface with evidence of energy emission from the body suggesting it had a high temperature, "as expected of a powered machine."

The Chilean Meteorological Office has reportedly confirmed that there was a clear sky on the day in question and there were no reports of any lenticular clouds, which are saucer shaped formations, at the time.

Drones are used in the area, but José Lay, director of international affairs at CEFAA, ruled out the UFO being a one.

He said: "People in that area are well aware of the existence of drones. Fishing companies use drones and they make much noise. This was definitely not a drone."

The report also ruled out experimental aircraft, weather balloons, or other military drills that could have explained the sighting.

Commenting on the pictures, Bruce Maccabee, a US retired Navy physicist and photo analyst, told the Huffington Post: "In the second image there appears to be a very bright hemispherical shape, convex downward, possibly a UFO enveloped in a cloud of vapour."

He said additional data was needed to be certain, but added: "it is clear that the object moved a considerable distance between the two photos.

"This is clearly not a normal thing seen in the sky. That makes it either the real thing - UFO - or a hoax, and it doesn't appear to be a hoax, although the inability to question witnesses does reduce the credibility. Certainly this case is worthy of further study."

Chile set up the body in 1997 and remains among only a handful of governments willing to openly look at the UFO issue.

Its existence is welcomed by conspiracy theorist Paul Hellyer, who served in the 1960s Canadian government as a defence minister, who is calling on governments across the globe to release all the UFO data they have on record amid claims of a cover up, as reported by the Express yesterday.

However, sceptics remain suspicious of this latest case due to the witnesses' reluctance to cooperate, despite being assured anonymity by investigators and believe it could be an extremely elaborate hoax, possibly with the aid of an official insider, according to www.inquisitr.com, which reports on the unknown.

It said "Officials have been known to try to justify the continued existence of their agency to stave off allegations of redundancy that could lead to a decision to scrap the agency by inventing work.

"With no genuinely spectacular cases to show over the years to justify continued budgetary allocations and subventions could find its continued existence threatened, thus placing officials under pressure to invent “mysterious UFOs” as a way of making the agency look busy." 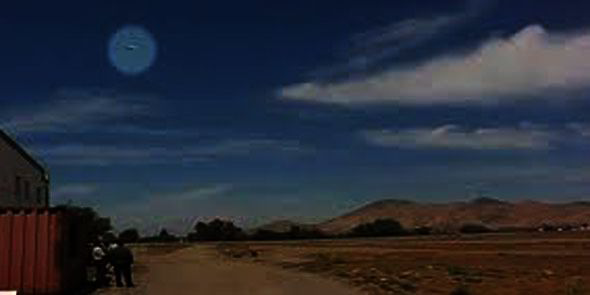 » UFO News ~ UFO Over Chile Shoots Off After Being Spotted plus MORE
» Flaming object drops from sky and crashes in Dalcahue, Chile
» Astrophysicist confused as he witnessed mysterious V-shaped object in the sky over Chile
» UFO News ~ Flaming object streaking across the sky releases pod over Santiago, Chile? plus MORE
» This amazing picture shows the Villarrica volcano in Chile lighting up a snowy sky