Witness sees UFO every night over Bakersfield, CA
Posted by: Jason McClellan April 22, 2015 1 Comment 1,982 Views
A witness says he sees a UFO in the sky above Rosedale, California every night.
Joseph Guzman contacted local CBS affiliate KBAK to share video of the UFO, and to seek help in identifying the aerial object.
“I can’t believe nobody else is seeing this,” says Guzman. He explains, “You can drive down Rosedale . . . anywhere in Bakersfield . . . just look up at 7:30, 7:45, towards Rosedale and you’ll see it.”
He describes that the UFO is an object that “moves and it glows.” He continues, “It’s got a green glow. And orange. It’s got two black dots, the top of it’s cut off.” 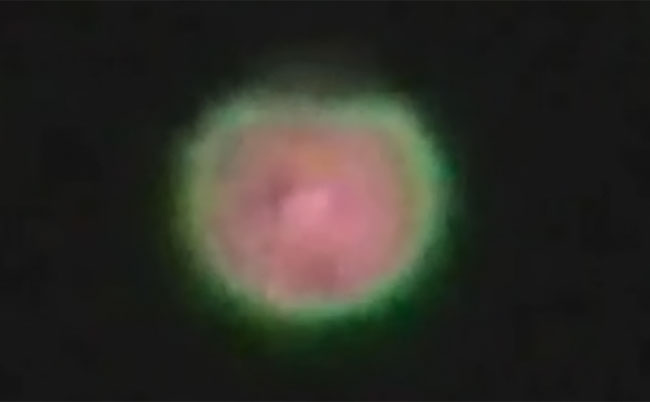 UFO over Rosedale, CA. (Credit: Joseph Guzman/KBAK)
Others have reportedly witnessed the UFO with Guzman.
KBAK posted the UFO video on Facebook, which garnered several responses from viewers, including one from Frank Moore, president of the Antelope Valley Astronomy Club in Palmdale, CA. Moore suggests that what Guzman managed to capture on video is the planet Venus.
But Venus doesn’t have its top cut off, right?
Moore explains, “In some of his images, part of the disc appears to be cut off so that it appears flat on one side. Like the moon, Venus goes through phases wherein various amounts of the disc are illuminated by the sun at various times. Right now, the disc of Venus is illuminated 70.87% which coincides with some of the viewer’s images.”
Moore also offers Sirius as a possible identification for Guzman’s UFO. He explains that the apparent movement of the UFO could be explained by Sirius because, “as a variable multiple star, [it] often appears to twinkle or change colors.” 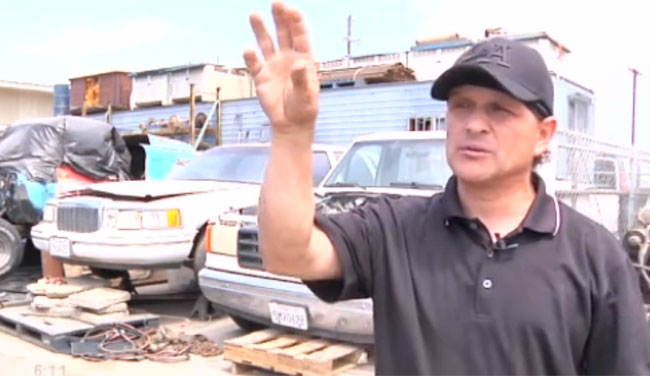 Joseph Guzman explaining the UFO over Rosedale. (Credit: KBAK)
But Guzman isn’t buying it. He’s convinced that what he observes on a nightly basis is a craft of some sort. “I’m not saying it’s aliens, but I just want to know,” he says. But, if what he is observing is extraterrestrials in the sky, Guzman says, “Come on down. Let’s have a coffee or something.”
Rosedale is situated on the western outskirts of Bakersfield–a city that has been in the news in recent months because of its repeated UFO sightings.