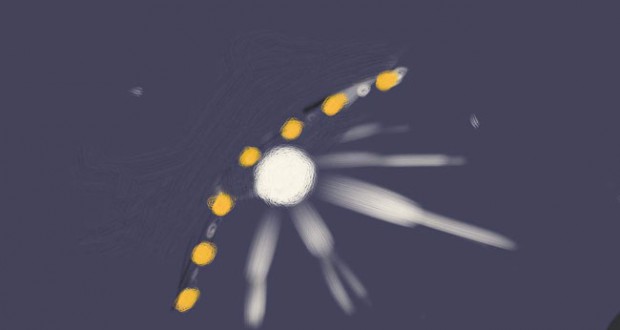 Mississippi witness reports low flying orange lights
Posted by: Roger Marsh April 28, 2015 0 1,134 Views
A Mississippi witness driving south on Natchez Trace about a half-mile past I-20 at Ridgeland reported watching a low flying object with a row of orange lights that rolled into a vertical position about 8:45 p.m. on April 25, 2015, according to testimony in Case 64965 from the Mutual UFO Network (MUFON) witness reporting database.
“A car was ahead of me about eight car lengths,” the witness stated. “I followed along and noticed in my rearview mirror what appeared to the reflection of a row of orange lights. I thought it might be the top f a large truck. The row moved across my windshield and I thought it was a reflection but there was something about it that caused me to take my eyes off the road and look up.”
The witness first thought the lights could be identified.
“I then saw what I thought was a private jet or small plane due to the winged light shape moving west to east. A bright white light blinked from the center. As I watched I thought to myself that the plane was awfully low to be coming in for landing at Jackson Evers Airport, some distance away.” 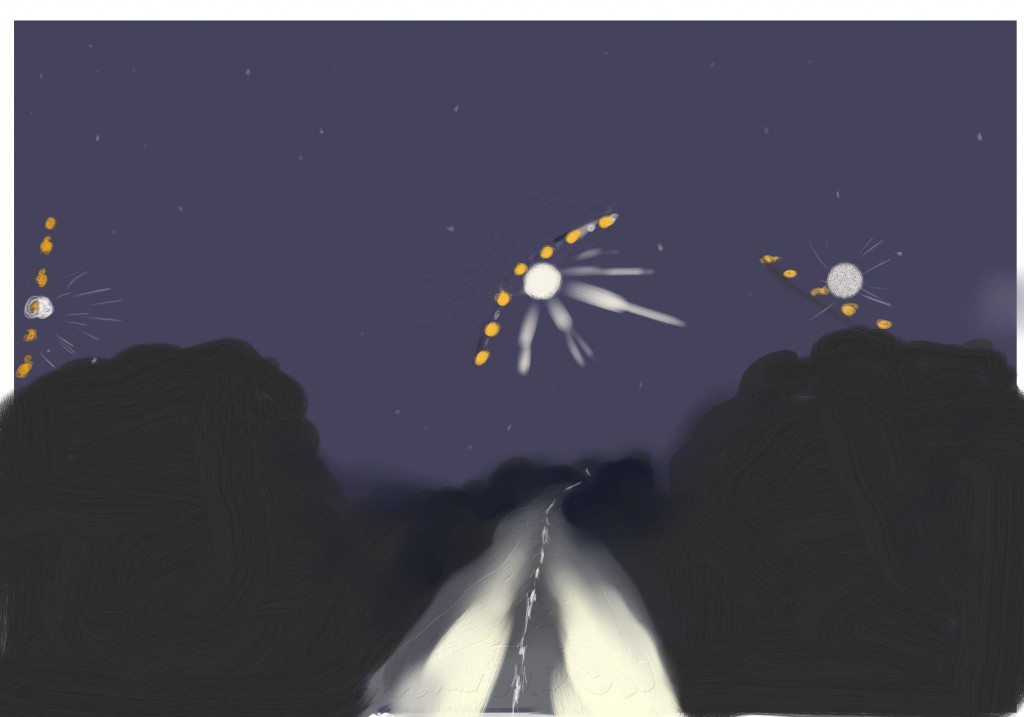 Witness illustration. (Credit: MUFON)
The object then began to roll.
“As I followed it with my eyes, it began a roll. It appeared to roll as if banking to the right. But it remained in a straight line flight. When I saw it disappear behind trees, the lights had rolled into a completely vertical position. My impression was that it was still l rolling over, but I could not see it anymore to confirm this.”
The witness is looking for answers to what the object could have been.
“I believe someone will come forward and say it was a drone or some other explanation. I know there is a radio jet air show at the nearby John Bell Williams Airport. Also, Hinds Community College has a drone program. I feel sure there is an explanation…but I feel compelled to report this incase it is not something that can be explained away.”
The witness attempted to draw the object and provided one illustration with the MUFON report, which was filed on April 25, 2015.
“The drawing attached shows three images of only one object as it moves right to left. Three views of a single object. It is not perfect but best I can do for now.”
Ridgeland is a city in Madison County, Mississippi, population 24,047. 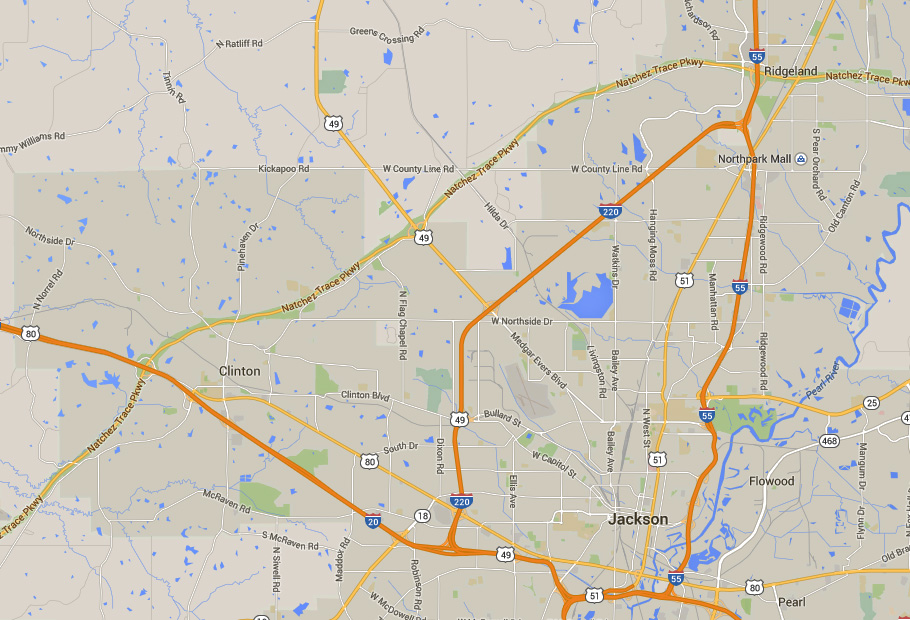 The witness was driving south on Natchez Trace about a half-mile past I-20 at Ridgeland and reported watching a low flying object with a row of orange lights that rolled into a vertical position about 8:45 p.m. on April 25, 2015. (Credit: Google)
Mississippi is currently a UFO Alert Level 5 – with 0.67 sightings per million population based on MUFON February 2015 statistics. Mississippi received a total of two UFO reports in March.
The UFO Alert Rating System is based on five levels – 1 through 5 – where states with 4.01 or higher reports per million residents are rated an Alert 1; 3.01 – 4.0 reports are an Alert 2; 2.51 – 3.0 are an Alert 3; 2.01 – 2.5 are an Alert 4; and those states with 2.0 or lower are rated an Alert 5.
Please remember that most UFO sighting can be explained as something natural or man-made. The above quotes were edited for clarity. Please report UFO activity to MUFON.com.