OUT OF MIND » TRUTH IN CONSPIRACY THEORIES? » HISTORIES MYSTERIES » The Ancient City of Caral And South America’s Oldest Writing System


May 6th, 2015
The ancient Peruvian coastal civilization called Caral has puzzled archaeologists for years, but perhaps one of the most important discoveries made in Peru is a writing system believed to be the earliest form of communication in the world and according to historians, equivalent in age to the cuneiform of ancient Mesopotamia, making the discovery in Peru a highly valuable find.

According to archaeologists, Caral is of vast importance as they believe that Caral is one of the first  sophisticated civilizations in the Americas added to the list of only a few civilizations that developed without a written form of communication.
Caral made headlines first in 2001 when archaeologists and researchers working on the site, carbon-dated material from the amazing city complex back to 2627 B.C., but it was actually discovered in 1905, confirming the theories about the age of this ancient Peruvian culture.  It is a complex of pyramids, circular plazas, and staircases that demonstrate the knowledge and might of this important ancient culture.
It covers a mighty 165 acres and it is one of the largest in Peru. The pyramids of Caral according to archaeologists are contemporary with Egyptian Pyramids (3200 BC). These complex constructions are proof of ingenuity of ancient man, being able to erect these incredible monuments, precisely constructed, shows the planning and organisation levels of the builders of this incredible monument complex. It is an incredibly well-preserved site, probably thanks to it's late discovery and because of the fact that the site itself lacked golden and silver items there has been little looting. The city plan, monuments and elite residences show clear signs of ceremonial functions telling us that Caral had a powerful religious ideology.
The main pyramid found at Caral, covers a staggering area nearly the size of four football fields and is eighteen meters high. 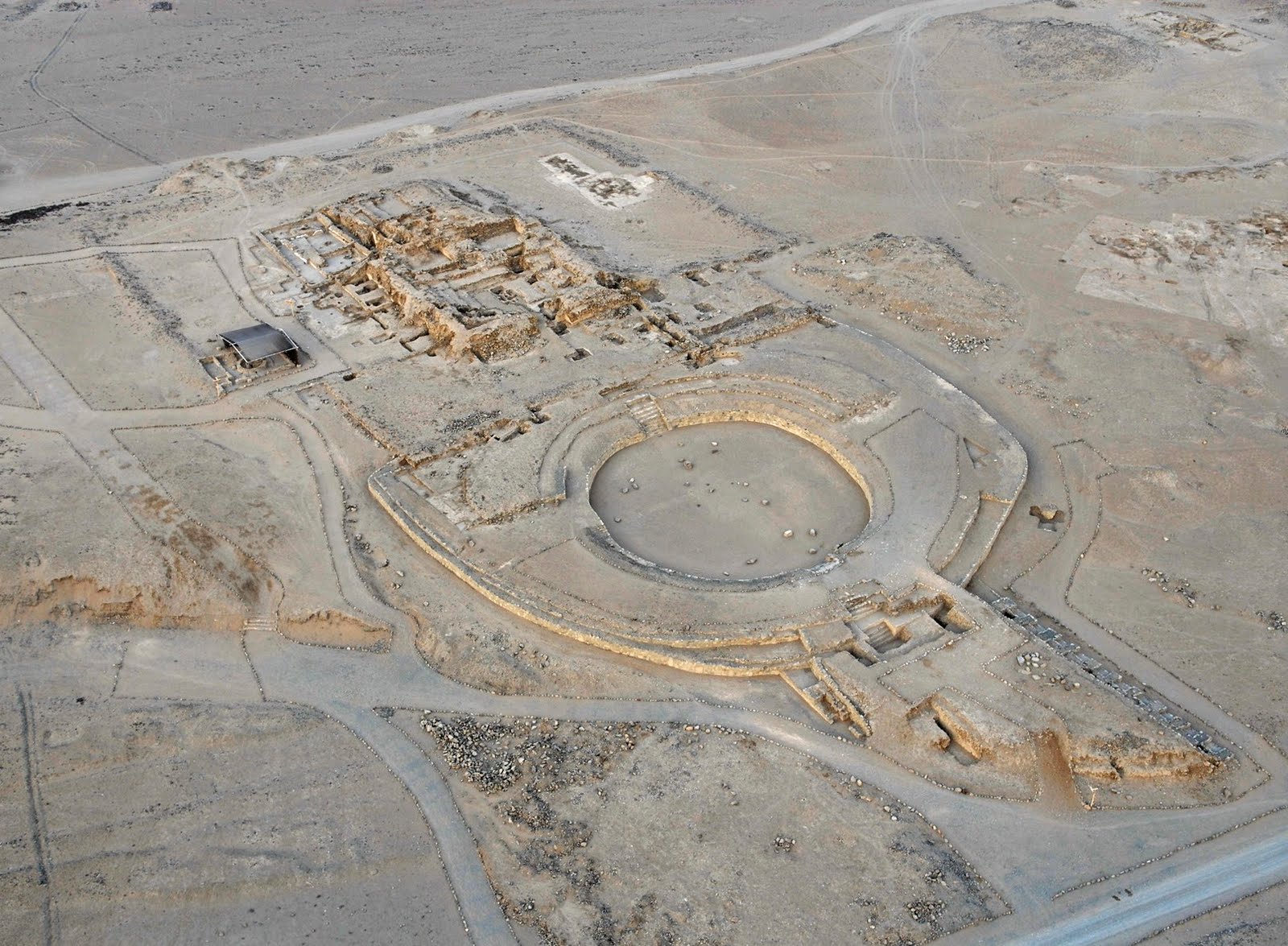 Incredible planing and construction methods present at Caral.
Image source: http://testigodirectonoticias.blogspot.com/
One of the most important things we have to mention about Caral is that no weapons, no mutilated bodies or any signs of warfare are present on the site, which points to the fact that Caral was a diplomatic and highly developed culture and th oldest city in the western hemisphere.
The Sacred City of Caral is proven to have had tremendous impact on developing settlements throughout the Supe Valley, and according to historians even beyond. The discoveries of Quipu, add to the ingenuity of the residents of Caral, and the use of the quipu as a recording device is considered of great importance.
Certain structures at Caral are common in the Andes,but thanks to carbon-dating archaeologists know from where the first structures emerged and spread out.
What makes Caral even more impressive in our eyes, is that like the Inca they did not have a written form of communication which according to archaeologists is rare given the fact that both of these cultures constructed incredible buildings, plazas, pyramids and you would expect to find some form of record keeping. Here is where the Quipu comes into play, a "Quipu was a recording device historically used in the region of Andean South America. A quipu usually consisted of colored, spun, and plied thread or strings from llama or alpaca hair. It could also be made of cotton cords. For the Inca, the system aided in collecting data and keeping records, ranging from monitoring tax obligations, properly collecting census records, calendrical information, and military organization". -Wikiepdia
The fact that Quipus have been found belonging to the Caral civilizations is very important according to researchers. It is evidence that Caral was a precursor to the Inca civilization (since the Incas also used quipu). the tradition of keeping records through the use of the Quipu dates at least 2000 years older than archaeology and history recognized prior to this point. But the most important fact of all is that if quipu were indeed a form of written communication, that places them among the earliest forms of writing in the world slightly younger than cuneiform identified at the Mesopotamian site of Uruk approximately 3000 years BC., and makes them the oldest writing system in South America.
Many of these highly valuable items were destroyed by the Spanish conquistadors in the 16th century, but according to researchers, 200 Quipus dating no earlier than about 650 AD have been found.

"What we're learning from Caral is going to rewrite the way we think about the development of early Andean civilization," said Science co-author Jonathan Haas of the Field Museum in Chicago.

OUT OF MIND » TRUTH IN CONSPIRACY THEORIES? » HISTORIES MYSTERIES » The Ancient City of Caral And South America’s Oldest Writing System