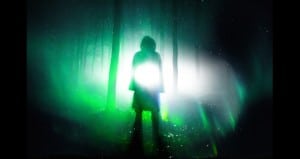 Jon Rappoport, Guest
Waking Times
For those who want to examine a rigorous presentation of the paranormal, based on a long history of laboratory experiments, I recommend Dean Radin’s classic, The Conscious Universe: The Scientific Truth of Psychic Phenomena. (HarperCollins, 1997)
This article is not about that.
It’s about a taboo.
On the one side, we have people who denigrate the possibility of the paranormal. On the other side, we have people who, ungrounded in the physical world, try to stage what amounts to a paranormal escape operation, only to fall back into their increasingly chaotic circumstances.
In the middle are persons who have genuinely experienced the paranormal, know it, feel no obsession to shout it from the rooftops, and go on with their lives.
With the rapid decay of organized religion throughout the 20th century, huge numbers of people felt a need to attach themselves to new and old ideologies proclaiming The Extraordinary was at hand. Assertions of paranormal import accompanied this faux revolution.
At the same time, 20th-century life was shaping up in a world of National Security States, and was all about citizen behaviorism, repression, operant conditioning, and various forms of mind control—aimed at curtailing the freedom to experience whatever might lie beyond the prescriptions and slogans of governments.

What exists outside a psychic prison defined by rabid consumerism, limited and false science, and pressure from peers to accept idealized and cartoonish middle-class imagery without question, without deviation?
What is paranormal?
Is it, in childhood, an ecstatic hour’s walk through a park on a summer afternoon, when every leaf, flower, and cloud is irresistible? When space itself is so present that every shred and iota of anxiety or confusion disappears?
Is it the foreshadowing moment when you know what a person is going to say next, how he is going to say it, how he is going to move, how he is going to look as he says it?
Is it the sudden realization that the entire realm and round of emotions you have been experiencing has vanished, leaving in its place an escalating joy that can’t be contained?
Is it in standing at a window, late at night, looking out at a city, possessed of a vision of what you most profoundly want to do for the rest of your life, realizing that you will, in fact, do it?
Is it in standing in a room, where a researcher is showing you a pack of photos, one of which a person, in another room, six miles away, has just tried to send you, telepathically—and knowing beyond a shadow of a doubt which photo it is?
Is it in getting out of bed in the morning and becoming aware that you, non-material you, exist forever?
Is it in watching a cat walk away from you, across a carpet, sending him a silent message to roll over, and watching him do it?
Is it in the easy and majestic silence you feel, after sitting on the floor and breathing in and out for a half-hour?
Is it in your child’s face?

The truth is, paranormal experiences are everywhere, and people have them. The experiences exceed the ordinary boundaries material reality.
They tend to lead to a new view about life, and they certainly go beyond societal tenets about what one is supposed to know and feel.
And yes, the waters are muddied by people who feel compelled to chime in and report experiences they only wish they had, hoping for badges of honor. But no matter.
In certain respects, this is, in fact a prison planet. Through upbringing, education, peer pressure, training, indoctrination, propaganda, citizens are expected to maintain “normal status.”
Steady-state normal.
No leaking of fuel, no blowing of gaskets.
Functional.
People condition themselves with the goal of fitting in.
It’s a grand stage play, and one picks a role and lives it out.
But one day something happens, and if you admit it, everything has changed.
What then? Do you continue to obey and subscribe to the taboo?
Or confess that the true normal is paranormal?
Do you tighten your grip on the card that identifies you as a citizen of the realm? Or do you drop it in a waste basket?
Do you cling to the old? Or do you opt for possibilities wider than you previously imagined and shove in all your chips on a new life?
The taboo against the non-ordinary is as old as the hills. In many cases, the establishment was a State religion, and the priest-class labeled paranormal experiences heretical witchery. Why? Because, of course, free consciousness, unburdened of church doctrine, was a threat to priestly power.
Modern science, with ridicule as its primary method, attacks the paranormal because it cuts too close to home. It tends to expose what science cannot explain.
For example: freedom.
Nowhere in the lexicon of conventional physics is there room for such a concept. The predetermined and inexorable flow of tiny particles is assumed to be everywhere at all times, even in the composition of the brain…and therefore, all thought and feeling and action, which stem from the brain, are predetermined and inexorable as well.
No choice. No freedom.
The absurdity of this notion is plain to anyone who can think.
If the brain and the body are just another collection of sub-atomic particles, then the capacity to make a free and independent choice about anything is null and void—unless the entity doing the choosing, YOU, is beyond those particles, beyond matter and energy.
When I say paranormal experience is everywhere, this is what I mean. Freedom exists. Freedom is paranormal. It always was.

It takes a severely limited state of affairs not to recognize it.
It takes a long, long history of repressive societies not to recognize it.
It takes a considerable amount of indoctrination and mind control not to recognize it.
The notion that various key political documents established freedom is extremely short-sighted. Heroic though the efforts were, they only uncovered what was already there in a natural state.
That natural state is anything but normal. It speaks of the human ability to move out of the chain of cause and effect and make choices.
Changing lives, changing futures.
For most people, most of the time, the sense of their own freedom is a rather dull given. There is nothing thrilling about it. They choose A or B within a grossly limited context.
This fact is, in itself, an indication that a monitor has been placed on their own experience, on their own emotions.
If, however, this cover is blown, a transformation occurs; and then they know, in an entirely different way, that freedom is, and is supposed to be, the most natural kind of ecstasy in the world.
Paranormal.
**To read about Jon’s mega-collection, Power Outside The Matrix, go here.**
About the Author
Jon Rappoport – The author of three explosive collections, THE MATRIX REVEALED, EXIT FROM THE MATRIX, and POWER OUTSIDE THE MATRIX, Jon was a candidate for a US Congressional seat in the 29th District of California. He maintains a consulting practice for private clients, the purpose of which is the expansion of personal creative power. Nominated for a Pulitzer Prize, he has worked as an investigative reporter for 30 years, writing articles on politics, medicine, and health for CBS Healthwatch, LA Weekly, Spin Magazine, Stern, and other newspapers and magazines in the US and Europe. Jon has delivered lectures and seminars on global politics, health, logic, and creative power to audiences around the world. You can sign up for his free emails at NoMoreFakeNews.com or OutsideTheRealityMachine.