Advanced Healing Technique For Cleansing and Balancing Your Aura

Advanced Healing Technique For Cleansing and Balancing Your Aura Wed May 20, 2015 8:41 am

Posted by admin on May 19, 2015 in Emotional Intelligence, Higher Consciousness, mastery consciousness, Personal Development, Personal Growth, Self Improvement, spiritual evolution, Spiritual Healing, Spirituality · 0 Comments
HJ: Auric health is just as important as your physical, mental and emotional health and, in fact, is a reflection of it on a certain level. Learn a powerful technique for cleansing and balancing your aura.
- Truth
AURA CLEARING
By Stephen H. Barrett | Chios Healing
– 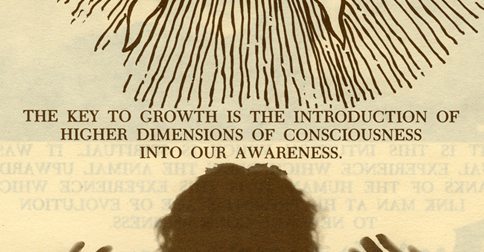 It is vital to the health of the patient that the flow of energy in the energy field be free from interference or corruption from the stagnant, unhealthy and impure energies that can block its normal flow. If you have detected such energy impurities in the aura of your patient, they may be cleared out and removed from your patient’s field using an energy healing procedure known as aura clearing.

This technique is performed over the various areas of the body where these energy impurities commonly occur, as well as over chakras, when indicated. Aura clearing uses the hands, especially the fingers, so as to remove undesirable energies from the lower layers of the energy field.
While performing aura clearing, the hands are moved in a particular fashion—they are “drawn out” away from the body of the patient, removing the auric energy impurities from the field as they do so. This movement is done in a slow, deliberate manner—you must concentrate on the act during aura clearing. To clear away auric energy impurities that you have detected in your patient’s field:

Place your hand palm-down over the first area to be cleared, with the fingers spread a moderate amount (wider apart than during the passing-of-hands). The fingers should extend straight out, level from the hand, or perhaps be slightly pulled up above level. The hand, at the beginning of the drawing-out motion, is about 1 inch above the body surface (when clearing the first layer), and at the end of the motion perhaps 15 inches above the body, the entire motion taking approximately 5 seconds. The hands may then be relaxed, slightly so, so that the fingers slant slightly downwards, and the hand is returned to the starting position 1 inch above the body once again. 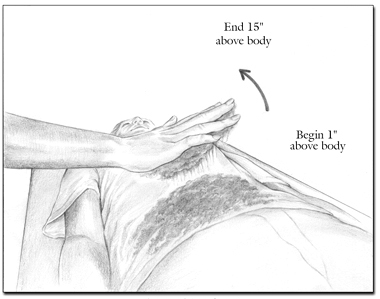 Aura Clearing
While performing the upward motion, visualize, intend and sense that the auric impurities are being removed. Your hand and its outspread fingers has its own auric field, which acts as an attractive device, or an attractive auric net, which detaches the harmful energies from the patient’s field, where they reside near the body surface. They “stick” to your hand (primarily the underside of the palm and fingers), and are released from the patient’s field by the upward motion. Apart from the body, they lose their charge, their ability to cling to the field of the patient. The impurities dissolve, become as dead, and have no further effect on the patient. As you perform the motion detailed above, feel the energy in your hand and fingers, feel the field around your fingers expanding and growing strong, and visualize, intend and sense it attracting, pulling and clearing away the undesirable energies as you draw your hand outwards. Separate and remove the impurities from the patient’s field using this motion in conjunction with your visualization ability. You may see, with your mind’s eye or physical eyes, the etheric field of your hand and fingers expanding and catching the undesirable energies, and removing them.
Repeat this motion as many times as necessary to clear the auric impurities away, over each area in which they occur—this will usually involve between two and ten motions and take between one and three minutes, depending on the quantity of energy impurities to be removed, at each location. Some healers like to “shake” the impurities off the hand, after the hand is fully drawn out from the body, before performing the next drawing-out motion.
Aura clearing is done using only one hand at a time. It may be done with the right hand in the beginning, if desired, as it is usually somewhat more effective at first, but with experience both hands will usually become equally effective at removing impurities. It is performed with the eyes open. Use this technique to clear away all areas of auric energy impurities that you have detected, one area or zone at a time.
This treatment will be required at various points all over the body. The energies you will clear are energies that have stagnated and may appear to you as muddied, thick, or discolored, energies that block the open flow of clear energy. These energies exist as zones or areas of stagnant energy accumulation near the body surface—they are attached to the body—yet will extend a short distance into the body and perhaps out into the auric field a short distance also. Performing the drawing-out motion as given above, however, with the hand beginning approximately an inch above the surface of the body, will remove such blocks, for the portions of the area or zone of stagnant energy that are just below or above the body are connected to the zone as a whole—it is one block—and will be removed as the entire block is removed. In other cases, energy impurities may exist some distance out from the body, yet be associated with and connected to areas of energy impurity near the body surface. In this instance, these outer energy impurities will also be removed as the block near the body surface is removed—perform the motion as usual.
You will find that aura clearing will also be required over specific chakras quite often to remove stagnant or discolored energies over them. The 7th, 4th, and 2nd chakras are particularly susceptible to these sorts of stagnant energies. When performing aura clearing over chakras, be aware that you may also be smoothing the energy flow in the chakra, as well as removing impurities. With some chakras you may detect what appears to be a poisoning, and you can correct this by drawing out the impurities and smoothing the flow at the same time. Draw the hands up over the chakra as if you were cleansing and smoothing the flow in a “funnel” of energy.