OUT OF MIND » SUPER SCAMMERS!! RV & DINARIAN FRAUDS & THOSE THAT BUST THEM OUT! » BENJAMIN bla bla bla FULFORD » Benjamin Fulford Update: May 25th 2015: The battle for the planet earth continues

Benjamin Fulford Update: May 25th 2015: The battle for the planet earth continues 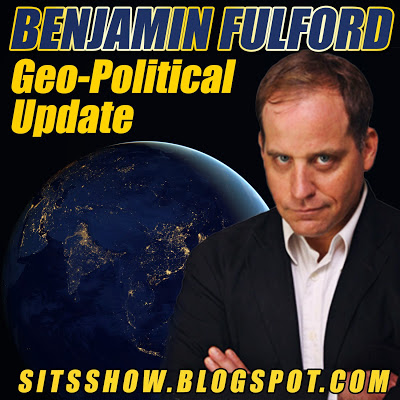 Sometimes news seems to repeat itself. Sometimes news seems to repeat itself. If this sounds repetitive it is repetitive. That is because many recent news events can be summarized in a few repeating patterns: Greece threatens to default, the Ukraine threatens to default, the US runs out of money again, there is another fake mass shooting event in the US (this time Waco), China and Japan say slightly different things about each other’s history then military pilots fly to obscure islands and wave the finger at each other, Shias, Sunnis, Jews and Western mercenaries pretending to be Muslim extremists do bad things or are victims of bad things, North Korea shoots off a missile, etc. etc.

In the alternative news world, we see something similar: mass arrests of Western cabalistic elites are imminent, the new financial system has been announced and your check is in the mail, UFO’s have landed, the end of the world is nigh, President Obama is a time travelling Muslim space alien etc.

Given all this, it is understandable that many people cannot help but wonder if we will ever see any real change.

The fact is though, that we are going through a slow motion but tectonic shift in how this planet is run. Watching the old system implode is like watching stuff go down a drain hole, it circles around and around seemingly forever but suddenly, it is gone. Remember the fall of the Soviet Union? It seemed to take place in slow motion at the time but, in retrospect, it seems like it happened overnight.

The Greek situation is a case in point, deadline after deadline comes and goes and yet the can keeps getting kicked down the road. The Ukraine fails to pay its gas bills and yet the housewives still cook on their gas stoves. These situations will eventually come to a climax but, probably, not before this autumn because the consequences (collapse of the Western financial system) will be so huge that anything and everything possible is being done to delay things.

At the same time, top secret meetings keep taking place to try to come to a long term solution to these and other festering problems. There were several such meetings last week. One was between representatives of the Red Dragon and the White Dragon societies. Another was between the WDS and a Rothschild family representative.

The Red Dragon representative came with concrete proposals for three new types of energy technology. The details of this technology cannot be mentioned publicly at this time because of non-disclosure agreements. What we can say is that one was thermal, one was solar and one was nuclear. They all could be game changers IF REAL. Once again, no actual device was demonstrated and so, until Japanese manufacturers do their due diligence, we need to conclude that talk is cheap and seeing is believing. The Red Dragon folk also wanted funding and were told that funding would come when proof their technology worked was obtained by the technicians now working on the case.

The talks with the Rothschild representative were more detailed and concrete and concerned their proposal to replace Japan’s Rockefeller slave Prime Minister Shinzo Abe with Ichiro Ozawa. Ozawa is a veteran politician who had a falling out with the Rockefellers after the first Gulf war. A Japanese leftist independently contacted the WDS to say the Chinese also supported Ozawa. Both sources said that Prime Minister Abe personally endorsed Ozawa as his replacement.

The WDS said they would support an Ozawa government if it met the following conditions:

1) Nationalize the Bank of Japan and start issuing government currency.

2) Carry out a one-time write off of all Japanese debts, public and private

3) Return all Japanese financial assets illicitly obtained by the cabal

The Ozawa government would also agree to continue and even strengthen Japan’s military alliance with the Pentagon and the US agencies provided the US side apologized for war crimes carried out against the Japanese and Germans during World War 2 (only the losers have apologized for their war crimes so far).

In any case, there are already many signs slave Prime Minister Abe has a new set of handlers. The biggest sign has been the sudden shift in Japan’s policy towards China. A delegation of 3000 Japanese dignitaries, including local and national politicians, industrialists etc. arrived in China last Friday in the biggest such visit in 15 years. They were greeted warmly by Chinese President Xi Jinping.

Clearly something fundamental has changed between Japan and China despite Khazarian attempts to inflame regional historical and territorial sore points.

The US military is still aggressively posturing against Chinese attempts to become a regional bully and has support from most of China’s neighbours who all share an interest in keeping China polite. However, as long as the US fails to nationalize the Federal Reserve Board and issue treasury dollars to replace the no-longer American US dollar, the US military must realize it is impossible to seriously pick a fight with China at the same time as they are financed by China.

China also made a big move in South America, the former US backyard, last week when Xi Jinping showed up in Brazil with over $50 billion in financing. Chinese infrastructure projects throughout the region are rightly seen by South American governments as preferable to US instigated riots and coups d’etat.

The Americans are trying to counter Chinese influence in South America by mending relations with Cuba but, the South American countries are starting to learn the Asian bar-girls mantra: “no money, no honey.”

Even more startling for the US than events in South America and Japan though, is the growing independence movement of the Sandwich Islands, otherwise known as Hawaii. On May 11th, for the first time ever at the United Nations, a UN member country, Pakistan, raised the point that Hawaii never actually voted to become part of the United States and was technically an illegally occupied colony. The US military has vital bases on these islands and would be well advised to support the Hawaiian independence movement on the condition US military bases could stay there.

In Europe too, there has been another major setback for the Khazarian cabal. Poland just elected a President who was part of a faction likely killed by the Khazarian cabal in a plane crash 2010. Here is what Wikipedia has to say about this crash:


These people all died at a time when the Polish government was taking a hardline stance against the Euro and was planning to devalue the Polish Zloty. These policies changed after the crash led to a change of government. Newly elected Polish President Adnrzej Duda was a legal aide to the president who died in that plane crash. Duda recalls how two days before that fateful flight “the president told him that a generational change was afoot, and that it would be Duda and his peers who would take responsibility for the future of the country.”

It looks like a newly assertive Poland will now join Greece and the Ukraine in the whirlpool of headlines we will see in the weeks and months to come.

Meanwhile, the Khazarian Mafiosi still causing trouble in the Middle East are escalating their threats and rhetoric. In the past week they have threatened to use their ISIS pseudo-Muslim army to destroy the priceless cultural relic of Palmyra in Syria. They also threatened to blow up the Iranian embassy in Syria before withdrawing that threat after being told Tel Aviv would be destroyed in retaliation. The Pentagon reminded the Israelis their arsenal of 200 nuclear weapons was not enough to destroy the world but all it would take was a single nuke to destroy Israel.

The Khazarian attempts to start civil war or mass unrest inside the United States are also failing in a spectacular manner. The most recent event was the obviously faked biker shoot-out in Waco, Texas. All the bikers had brand new uniforms and brand new motorcycles. I do not know about you but, all the real bikers I have even seen did not look all squeaky clean like they had just come out of a clothing store with new duds. Maybe these crisis acting troupes should just come out of the closet and start charging admission for their street theater performances.

As you can see, the toilet of history has been flushed.

ET Colonies, Pyramids and Structures on the Moon

Analysis of Dr. Michael Salla and Corey GoodETxSG Q and A Part 1: May 20th 2015 | Corporate Bases on Mars and Nazi Infiltration of US Secret Space Program

Corey DID NOT Bad Mouth COBRA, Cabal Suffering Heavy Losses Due to Infighting, Earth Changes Are Nothing To Fear, Forgiveness and Compassion Are Key | Corey GoodETxSG

Human Trafficking For Slavery Off-world, Self Policing Slavery On Earth, Liberation Through Self Knowledge | Corey GoodETxSG

OUT OF MIND » SUPER SCAMMERS!! RV & DINARIAN FRAUDS & THOSE THAT BUST THEM OUT! » BENJAMIN bla bla bla FULFORD » Benjamin Fulford Update: May 25th 2015: The battle for the planet earth continues