Living Close To Trees Comes With a Number of Health Benefits 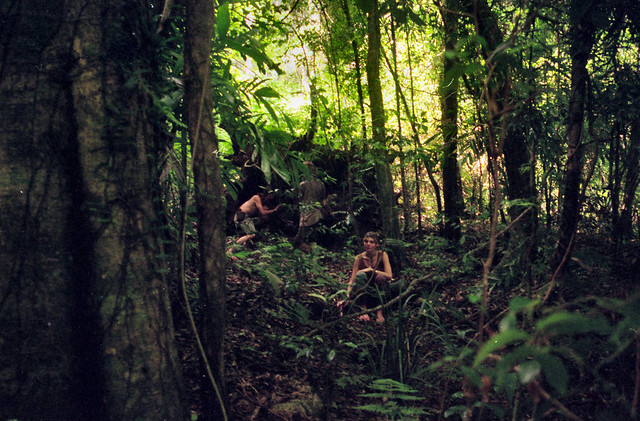 Trees are one of nature’s many wonders. They’re beautiful to look at and can house animals and produce fruits that we enjoy; they also provide us with shade when we need it on those hot and hazy summer days. As if that weren’t enough, new research from the University of Exeter has concluded that being around trees makes us happier, functioning as a natural antidepressants.[1]
The study found that antidepressants were prescribed less frequently in areas in London which have more trees. To gain this information, researchers gathered data for antidepressant prescriptions across London in 2009-2010 and then compared that data with the numbers of street trees in the same area. They soon discovered that antidepressant prescriptions were significantly lower in areas which housed a higher concentration of trees.

How Do Trees Make Us Happier?

The idea that trees can have a positive influence over our mental state and wellbeing isn’t entirely new. As NatureAndHealth.com reports: “In Japan, people practise ‘forest bathing’, where they spend quiet time absorbing the wisdom of ancient forests, taking long walks among the trees to stimulate their immune system. In Taoism, students are encouraged to meditate among trees, and it is believed that the trees will absorb negative energies, replacing them with healthy ones. Trees are seen as a source of emotional and physical healing, and themselves as meditators, absorbing universal energies.”
To further study the reasoning behind these practices, Geoffrey Donovan looked at comparable death rates in areas where the emerald ash-borer decimated tree populations. He found that as more and more trees died, so too did deaths from cardiovascular and respiratory diseases increase. In other research, he discovered that areas with a higher density of trees actually had lower crime rates! While there could be other explanations behind these phenomena, of course, the suggestion that there is a correlation between our wellbeing and our interaction with trees is, nevertheless, quite interesting.
“Well my basic hypothesis was that trees improve people’s health. And if that’s true, then killing 100 million of them in 10 years should have an effect. So if we take away these 100 million trees, does the health of humans suffer? We found that it does,”  says Geoffrey Donovan.
Furthermore, the USDA’s Forest Service has also compiled research that shows people who live around trees are physically healthier: “About 850 lives are saved each year, the number of acute respiratory symptoms is lower by about 670,000 incidents each year, and the total health care savings attributed to pollution removal by trees is around $7 billion a year.”

What’s even more interesting is the difference in tree coverage depending on the socioeconomic status of a given area. This was found by Tim de Chant at Per Square Mile who used Google Earth to examine various areas:
They found that for every 1 percent increase in per capita income, demand for forest cover increased by 1.76 percent. But when income dropped by the same amount, demand decreased by 1.26 percent. That’s a pretty tight correlation. The researchers reason that wealthier cities can afford more trees, both on private and public property. The well-to-do can afford larger lots, which in turn can support more trees.

We do know, given all the research, that people who live near areas densely populated by trees tend to live healthier, richer and happier lives, but is this because of the trees entirely? Perhaps not, but again with so many correlations pointing to the case, a simple and research degrading argument like “correlation doesn’t necessarily mean causation” doesn’t suffice. We have something pretty interesting here that could really contribute to quality of life – with no negative repercussions.

What Can We Take From This?

Trees are important! There’s no denying the therapeutic value that comes from spending time outside and enjoying nature. We’ve all experienced it at one time or another and don’t need a study to tell us that. Sure it helps to have these feelings grounded in hard science, but some things we just know and feel to be true. Sometimes it’s science that needs to do the catching up.
I believe this illustrates the importance of maintaining green areas in urban spaces as much as possible, and green does not mean grass and bushes – we need more! Larger pockets of trees and accessible areas where we can connect with nature, right inside the city, would do a world of good.
We need to challenge neighbourhoods and builders to maintain as much green space as possible when building new developments. We’ve come to accept the idea that we should cram as many houses into one area as possible, but this is only helping to degrade our quality of life.
For a few ideas on what you can start doing to bring more LIFE into your day check these out:
1. Bring plants into your office space or where you work.
2. When going for walks, choose paths where you will be walking through parks or nature with trees.
3. Bring your friends and family to treed areas more often when you go outside or play with the kids.
4. Plant a garden and be amongst nature. You connect with your food and with the earth.
5. Plant a tree in your own yard, or even in an area you feel could use a tree!
6. Make time to go be amongst trees daily or every other day. Don’t be afraid to jump right in and hug the tree!
Source: http://www.sciencedirect.com/science/article/pii/S0169204614002941


Out on a Limb - The Healing Power of Trees: John Gathright
(17:38) @ https://youtu.be/GSmaUPREKlU
For more information about trees see http://nexusilluminati.blogspot.com/search/label/trees