Open and Shut? Aurora Shooter James Holmes’ Notebook Released to the Public Thu May 28, 2015 9:11 am 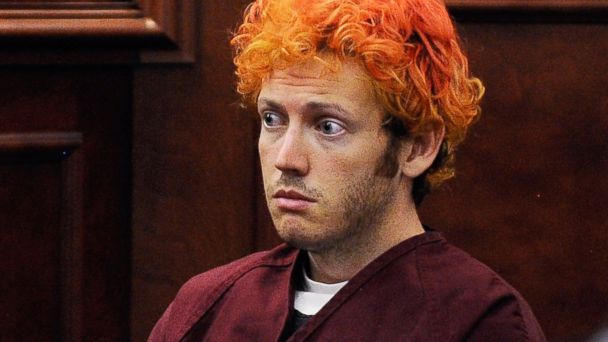 What is being hailed as “the Aurora movie theater shooting’s most critical piece of evidence,” the 35-page notebook now marked People’s Exhibit #341 that accused shooter James Holmes allegedly mailed to his psychiatrist just prior to the July 20, 2012 attack has now been released in full to the public.
The entire manifesto is about a mentally ill person who was slowly emboldened to murder in part due to antidepressant medications and basically lays out a point-by-point slam dunk case (if, say, it had been written by a government who wants to take away people’s right to bear arms) as to why anyone who takes SSRIs should not be allowed to own or get anywhere near a gun (and even more specifically, AR-15s).
After diagnosing himself with 13 different disorders including schizophrenia, Holmes discusses how he was prescribed antidepressants — fast acting benzos and long lasting SSRIs (sertraline primarily) — and it was after that he had feelings of mania, or what he describes as “not good mania”.
Upon taking these drugs, Holmes says his fear and anxiety disappeared and his fear of failure was what drove his determination to improve. Without it, Holmes then wrote, “No fear of consequences.”
Page after page of the word “Why?” written “All work and no play makes Jack a dull boy” style gives way to Holmes laying out point-by-point why he specifically chose to commit mass murder, the specific theater it was done at, how he cased the place to choose the specific movie theater auditorium in question and at the end how “a dark knight rises” with the number one drawn through an infinity symbol (an apparently reference to earlier discussion about how “we are all one” and everything equals nothing).
The notebook translates to an open-and-shut case with Holmes’ mental illness history and the deleterious effect of psychotropic medications all laid out from start to murderous finish, in addition to specific details of how he would carry out his heinous crime. 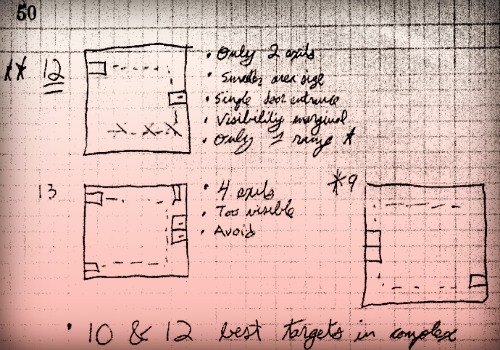 It’s all wrapped up ever so perfectly, the only thing the notebook doesn’t come with is a big red bow and a home video Holmes shot with his smart phone of himself committing the murder and smiling into the camera at the same time.
It’s what anyone with a literature or creative writing background would call just a little bit too “on the nose.” In other words, had this been a stage play written in a playwriting course, the college student who wrote it would’ve gotten an “F” for being overly obvious. It’s like the written version of a bad horror film where the antagonist comes on screen in the first give minutes of the film wearing a shirt that says “I’m the bad guy” and totally exposing the remaining hour-and-a-half, leaving nothing to suspense or the imagination for the rest of the movie.
Considering it has been widely suggested the entire shooting was staged to begin with, this bizarre piece of perfect slam dunk evidence can only make total sense. (It also fits as some have claimed that Holmes was part of some government experiment involving mind control/microwave weaponry when one looks a little more closely at all the physical and mental symptoms he lists off in the manifesto.)
Guess it’s an open and shut case, huh?
On a side note, Sertraline is more commonly known as Zoloft and includes the FDA-required black label warning “For some children, teenagers, and young adults, this medicine may increase mental or emotional problems. This may lead to thoughts of suicide and violence.”
Obama is still really upset he hasn’t gotten as much accomplished with gun control as he’d like since he’s been in office. He has been passing executive orders and seeking tighter mental health gun control restrictions, which superficially makes some sense… but it is exactly the kind of slippery slope that slides a whole nation straight into total tyranny.
Why? Consider this.
America takes more antidepressants than any other country in the world (we are apparently a very depressed nation). Some 70 million Americans are taking mind-altering drugs at this point, more than a fifth of the country. Considering further that more than one in ten Americans is specifically taking antidepressants (many are on multiple antidepressants), think of how many people would have their Second Amendment rights taken away if taking antidepressant drugs forfeited someone’s right to legal gun ownership?
Well this notebook outlines detail-by-well-written-detail the exact justification for doing so.
Read Holmes’ entire notebook here.
Melissa Dykes is a writer, researcher, and analyst for The Daily Sheeple and a co-creator of Truthstream Media with Aaron Dykes, a site that offers teleprompter-free, unscripted analysis of The Matrix we find ourselves living in. Melissa also co-founded Nutritional Anarchy with Daisy Luther of The Organic Prepper, a site focused on resistance through food self-sufficiency. Wake the flock up!