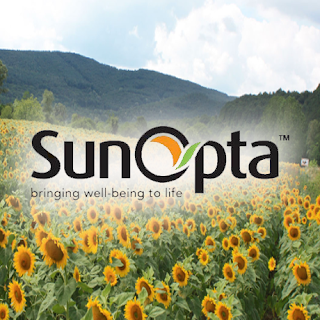 Lets hope this is better self-policing than the banks do... I am quite familiar with the logistic supply chain thoroughness of companies like Cargill, Pillsbury and other agriculture commodity companies in Minnesota, yet the supply chain is only as good as its weakest link.  I worked for 3 years in supply chain software systems and have many friends in these companies.  -AK

A little-known but publicly traded organic food processing company, SunOpta, has persuaded the federal government that its system for detecting genetically modified crops is so effective that the company should be permitted to label ingredients from one of its plants in Minnesota as free of such alterations.

“Consumers are looking for transparency, and we have a process in place that we’ve used for years,” Steven R. Bromley, chief executive of SunOpta, said in an interview on Friday. The company, which is based in Toronto but has most of its facilities in the United States, specializes in sourcing, processing and packaging of natural and certified organic food products that are sold in stores like Whole Foods Market and Trader Joe’s.

The labeling of foods to indicate the presence or absence of ingredients from genetically modified crops like corn, soy and sugar beets is one of the most contentious issues in the food business. Over the last few years, consumers, fearing that the manipulation of genes in the crops they eat could be harmful, have been putting increasing pressure on food producers to label products containing ingredients from so-called G.M.O.s (genetically modified organisms). Studies have not found any harmful effects from eating G.M.O.s.

The United States Department of Agriculture is not certifying that SunOpta’s ingredients are G.M.O.-free. Rather, it is certifying that the SunOpta process does ensure that the corn and soy it plans to process in its plant in Hope, Minn., are not genetically altered varieties.

That longstanding U.S.D.A. program, called “process verification,” typically allows companies that have passed the agency’s muster to use a red, white and blue shield on packaging. Some meat products from animals raised humanely, for example, sport the shield on their wrappers.

But the U.S.D.A. has given SunOpta permission to use a new navy-and-green label that reads “Non-G.M.O./G.E. process verified.”

The decision was noted in a monthly email that Secretary of Agriculture Tom Vilsack sends to employees. That email was obtained by The Associated Press, which reported on Thursday that the U.S.D.A. would soon disclose a new labeling program.

“While the Process Verified Program itself is not a new program, this is the first non-GMO/GE claim verified through U.S.D.A.,” Mr. Vilsack wrote in his email on Thursday. “It will be announced soon, and other companies are already lining up to take advantage of this service.”

In his email, Mr. Vilsack said a large food company had approached the agency about using the verification program to get approval for its system of vetting crops for genetic alteration. Mr. Vilsack did not disclose the name of the company, and the food industry has buzzed with speculation about who it was.

SunOpta contacted The New York Times to identify itself and share a photo of the new label.

The verification applies only to the system used at SunOpta’s plant in Minnesota. “The U.S.D.A. came in and looked at our entire process from the beginning to the end, from how we work with farmers and growers to shipping and the quality analysis we do,” said Lisa Robinson, SunOpta’s vice president for quality assurance.

The Hope plant accounts for less than 10 percent of the company’s $1.3 billion in annual revenue, according to Mr. Bromley.

Bags of products leaving the Hope plant will be stamped with the new label, although the finished products containing those ingredients will not. Mr. Bromley said the company hoped to have similar processes it uses in its other facilities verified by the U.S.D.A. as well.

The controversy over G.M.O. products has prompted states like Maine, Vermont and Connecticut to pass laws that would require foods to be labeled, though none of those laws have gone into effect. Labeling legislation is pending in more than a dozen other states. The food, beverage and biotechnology industries have spent more than $100 million to fight such measures over the last few years.

A bill pending in Congress would pre-empt pending state labeling laws and create a federal labeling standard that companies could use.

But even without a law requiring labeling, many companies have sought such certification from the Non-GMO Project, a nonprofit certification organization whose butterfly seal is showing up more and more in grocery stores.

Some of those companies are preparing for 2018, when Whole Foods will require all products in its stores to be labeled.

So many companies are moving to voluntarily label their products that the Non-GMO Project has a backlog, so U.S.D.A. certification like that received by SunOpta is likely to be popular.

Megan Westgate, executive director of the Non-GMO Project, said she was not concerned that the new label would displace her organization’s butterfly seal. “I think way too big of deal has been made about it,” she said. “I don’t think consumers are going to know what it means.”
Posted by Obi-Wan Kabuki at 5:45 PM