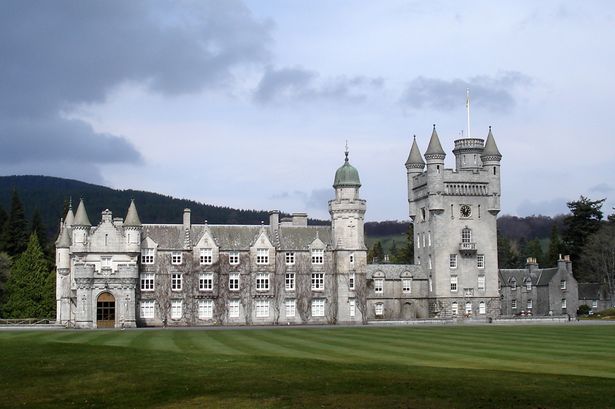 Shadow on castle: Balmoral, where staff allegedly heard the boy scream at night
The Sunday People and the investigations website Exaro have established that the Home Office file contains evidence of a letter written by the boy’s mother.
She wrote to campaigning MP Geoffrey Dickens, fearing that her son had been groomed by a paedophile ring while working at the Buckingham Palace kitchens.
The boy was 16 at the time, putting him below the age of homosexual consent which was then 21 in England.
In Scotland homosexuality was still totally illegal.
Mr Dickens said at the time: “The boy told his parents he had been sexually abused by members of the Royal Householdat the Palace.
“I am concerned the Palace could be part of a chain supplying young men to paedophiles in the diplomatic service.” 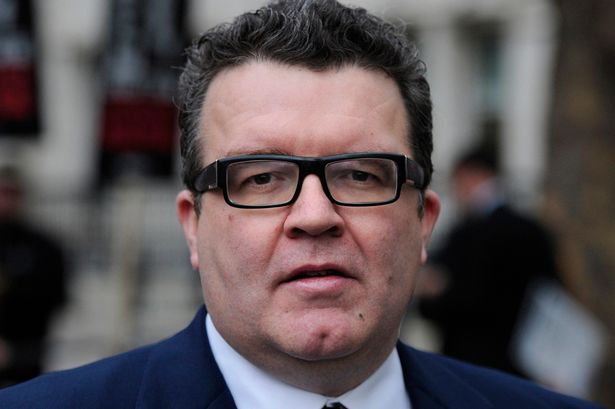 Demand: Labour MP Tom Watson is sure the Palace will co-operate with any inquiry
The 16-year-old went to work at the Palace in the early 1970s. After a few months his family noticed he was acting strangely.
A family friend told Exaro: “Things were OK when he first joined the Palace staff.
“After a few months, things started to turn a little strange.”
After what the source ­described as an “incident” at Balmoral, the royal family’s Scottish home, the boy’s parents were told by a close friend who also worked at Buckingham Palace that their son was being sexually abused there.
The source added: “They got wind of this after an incident at Balmoral when he screamed in the night.” 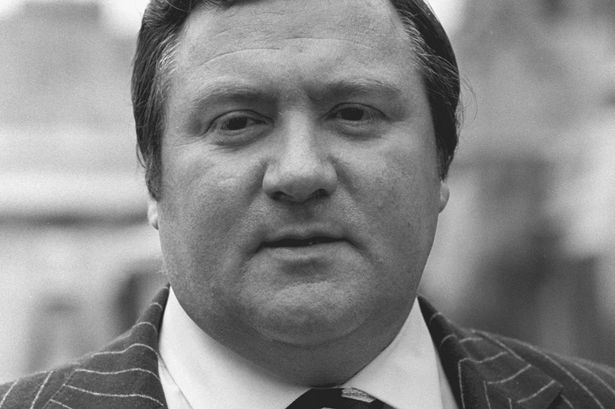 Concerned: Desperate parents wrote to MP Geoffrey Dickens for help
The concerned friend, who worked for the royals at the time, immediately alerted the boy’s parents.
He told them: “This is something that you should have nothing to do with.”
Reports from the time reveal further details of the boy’s ordeal.
One says his parents discovered a ­handwritten note from him.
It read: “What Buckingham Palace did for me was exploitation of the highest order.”
The boy’s mother said at the time: “My son was happy and normal until he went there.
“Then he changed completely. He refused to talk to us or discuss what he was up to.” 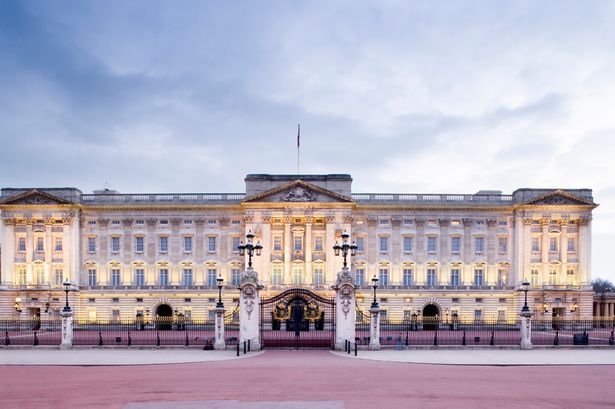 Employer: Buckingham Palace
The boy’s father also claimed that young Palace staff were lavished with expensive gifts for “entertaining men”.
He added: “In some cases Palace ­officials were involved.
“Afterwards, the servants got good references to take up posts abroad with wealthy employers.”
According to the Home Office files, the desperate parents wrote to Geoffrey Dickens for help.
The MP raised the mother’s concerns with the Home Secretary in 1983.
But Mr Dickens received a reply saying Leon Brittan felt it would not be practical to carry out a detailed investigation.
He wrote: “I need hardly assure you that the Royal Household is extremely concerned at these unsubstantiated ­allegations and it is, of course, their policy to take every step to avoid an occurrence of such as is alleged. 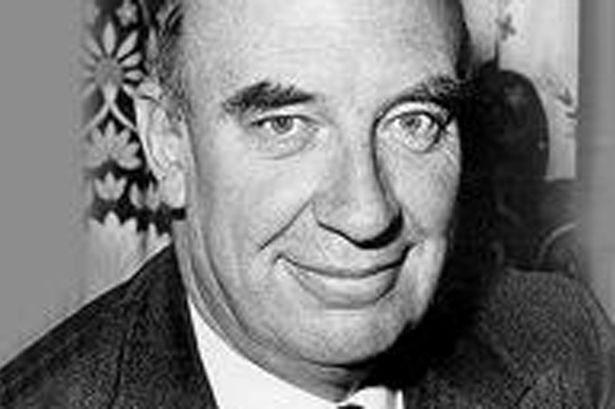 Deputy: The 16-year-old was approached by notorious paedophile Sir Peter Hayman
There is nobody ­currently employed in the Royal Household who is under the age of 18.”
Mr Brittan indicated that her son had worked at Buckingham Palace for a year, adding: “It is extremely difficult to ­comment on the accuracy of the ­allegations in the letter.”
But an even more chilling development is contained in the files, lending weight to the claims that a paedophile VIP ring was linked to the Palace.
During his time at Buckingham Palace, the 16-year-old was approached by notorious paedophile Sir Peter Hayman and was asked to work for him in Canada, where he was ambassador.
Hayman has been identified as a member of the VIP paedophile ring operating in Westminster and is known to have had royal connections. 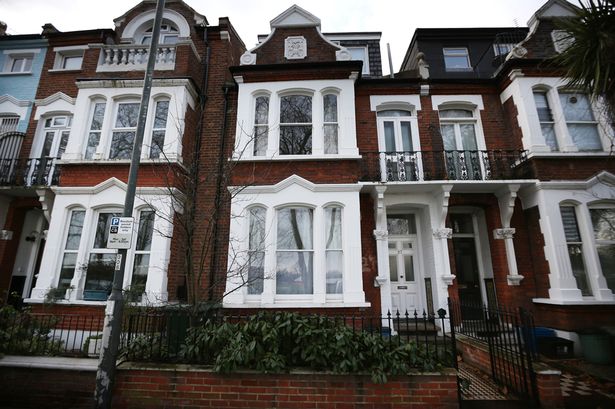 Scandal: The site of the former Elm Guest House in Barnes
He was desperate to have the boy working for him, even writing to his parents to ask them about taking his son on as a footman. Hayman said the boy would need winter clothes.
The parents never found out how Hayman knew their son.
But the source said: “They knew there was something wrong.”
The parents were so concerned by Hayman’s approach that they attempted to stop their son working for him, the family friend explained.
Exaro has established that the boy’s parents intervened to stop him going to Canada to work for Hayman.
Mr Watson, who has led the campaign for a full-scale inquiry into claims of child sex abuse at the heart of the Establishment, said: “In light of what we now know, any allegation of sexual crimes regarding Peter Hayman should be thoroughly investigated.
“He was protected by the Establishment at the time.
“The full extent of how his conduct was covered up has not been explained.” 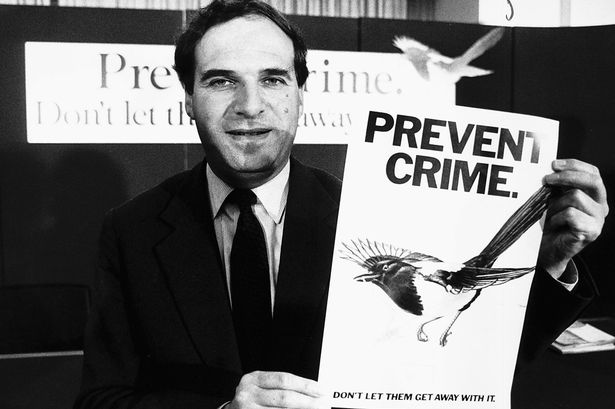 MP: Leon Brittan felt it would not be practical to carry out a detailed investigation
The parents and their son have declined to comment on the allegations.
But the revelations link Buckingham Palace to a paedophile network of MPs and powerful figures that operated over many years in the UK.
Palace officials have already been linked to the notorious brothel the Elm Guest House in South West London.
Police are investigating archives on Hayman in a bid to find his links to other Establishment paedophiles.
“An abuse survivor, known as “Nick” to protect his identity, named one of his many VIP attackers as Hayman.
Nick picked Hayman out from a collection of pictures that Exaro showed to him, placing him at abuse parties with other paedophiles.
An appendix to a review by the Home Office last year reveals one of their missing files was called: “Sir Peter Hayman (1980-81 Papers Ex-Diplomat’s Intriguing Private Life).”
The boy who escaped Buckingham palace This news report has gone back and forth a bit but it is now being printed in the mainstream media as fact and the body has been confirmed and identified and this happened back in 2013.

A quote from the Herald Sun in Australia -

"British police investigating the murder of a young woman, whose body was discovered on the Queen’s Sandringham Estate last week, formally identified the victim as 17-year-old Alisa Dmitrijeva....The Latvian teenager’s body, which may have lain undiscovered for months, was found last Sunday by a dog walker in the tiny village of Anmer, near to the royal residence in the east of England"

Here are a few links to the story -
www.heraldsun.com.au...
www.cbsnews.com...
www.theglobeandmail.com...
news.nationalpost.com...

I am posting this for those who follow the stories, rumors, mysteries, etc of "elite" families/organizations and the crimes of murder, especially those of young people. I believe there is more than enough evidence to question what the hell is going on with Royal Families, Politicians, etc and young children being murdered and sexually abused.

For anyone who is not familiar with this line of thinking I would suggest starting with the American story of the Franklin Scandal or the mind blowing European case of the Dutroux Affair (Mark Dutroux from Belgium).

Interesting to note that the Royal family WAS in the Estate for the holidays when the body was found. To quote the above article again -

"Various members of the royal family spent Christmas and New Year at Sandringham, with the Queen and her husband, Prince Philip, reportedly still in residence at the time of the grim discovery"

I also find it interesting that none of the articles state how she was killed or what state her body was in at the time of its finding.

Express your opinion on this story below: (Google+ comments box is further down the page)