» Stay away from the vaxxed, it’s official, from Pfizer’s own documents

» Insanity Rules in the U.S. as Authorities blame the “Unvaccinated”

» Police Stand Down at Freedom Day in Melbourne, Australia

» How to Prevent and Cure Covid19 safely and cheaply without Vaccines

» War On “Vaccine Hesitancy” Lost! Prepare For What’s Next!

» JUST IN: 159 Fully-Vaccinated People In IL Have Died, Nearly 600 Have Been Hospitalized Due to COVID-19 “Breakthrough” Cases

» Uri Geller claims that he saw aliens at NASA 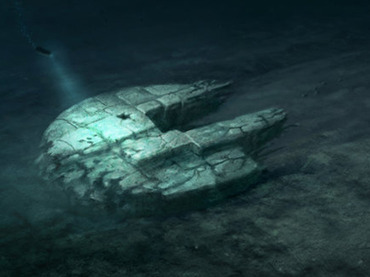 A “UFO-shaped” object, found at the bottom of the Baltic Sea last
year, has puzzled many. And a Swedish expedition that plunged into the
deep eventually surfaced with more questions than answers.

­Covered in soot, with little “fireplace”-like structures and lying
at the end of a 300-meter “runway” – this is not something you would
expect to find sitting on the sea floor. And whatever you think about
extraterrestrial life, “the thing” is still there and there has to be an
explanation. So what could it be?

On June 19, 2011, a team of Swedish treasure hunters was exploring
the bottom of the Baltic Sea with their sonars when they noticed a
bizarre, disc-like structure at a depth of 90 meters. Back then,
international experts failed to explain the sonar images. In 2012, after
months of preparation, the Ocean X Team, as they call themselves, went
back in order to unveil the mystery.

“We’ve heard lots of different kinds of explanations, from George
Lucas’s spaceship – the Millennium Falcon – to ‘It’s some kind of plug
to the inner world,’ like it should be hell down there or something,” The Daily Mail quoted one of the founders of the Ocean X Team, Peter Lindberg, as saying....