Today at 4:47 pm by PurpleSkyz

Today at 4:43 pm by PurpleSkyz

OUT OF MIND » VOICES CARRY » AMAZING PEOPLE, PLACES & THINGS » These 4 Young People are the Voice of the Next Revolution

These 4 Young People are the Voice of the Next Revolution 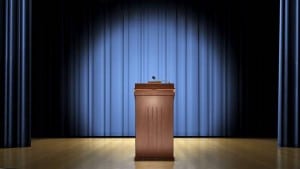 Sigmund Fraud, Staff Writer
Waking Times
Revolution is one of those words that has a different meaning for just about everyone.
When adults go against the grain and demonstrate signs of non-conformity, society has a sliding scale of methods to deal with them. ‘Grown-ups’ are pretty keen at ignoring or ridiculing their brethren should someone’s opinion vary too far from the norm. We’ve developed a tattle-tell culture that now encourages us to alert ‘authorities’ when someone is behaving outside of the regularly accepted standards. If a person gets too uppity about how society works, maybe getting too vocal at a town meeting or asking too many provocative questions of an ‘authority figure,’ it is perfectly acceptable nowadays to sick the police on them, who are quick to apply compliance techniques like threats, tazers, handcuffs, arrest, or even a good old-fashioned beat down. If someone really gets out of line and digs too deeply into the control structures of our modern world, they might wind up as a ‘targeted individual,’ identified as ‘terrorists’, investigated criminally, put on ‘no-fly’ lists, audited by the IRS, or maybe they’ll just disappear.
As adults, we’ve already been conditioned to accept violence against us and the ostracization by others if our attitudes and opinions defy the herd. We’ve been programmed to look at everything, but to act on nothing. We might care about what happens to all those fracking protesters and civil libertarians who get scooped up by the police, but most of us are unlikely to do anything about it.

But, when a child exhibits that profoundly beautiful human tendency to stubbornly resist being corralled into a one-size-fits-all thought box, which many call the matrix, the clampdowns on their individuality seem comical, absurd, and grossly over-measured. Children still have the power to impress upon us an innocence that most still revere, and the thought of a 250 pound sergeant-at-arms rushing to accost and taze a kid for speaking out, still, thankfully, doesn’t sit well with people, even with most 250 pound cops.
When an ‘authority figure’ emotionally, psychologically or physically brutalizes a child for exhibiting the not-so-common common sense and an earnest passion for freedom and right to knowledge that we all should have, the thought police look comically absurd, to even the most robotic members of society.
Children are in many ways smarter, more creative, and more sensible than adults,as their perception of the world is not yet fully stinted by conditioning, arrogance, conveniences, bias, and the pressure to conform and identify with a group. Because of this, children are able to make some amazingly apt criticisms of our society, demonstrating that cultural demand for rigid conformity is not infallible.
Here are several examples of children who are both inspiringly perceptive and inspiringly brave because they are drawing attention to obvious problems in our world, and are suggesting lifestyle changes that are worthy of consideration and exploration. What will the elite do when the children step up and lead the revolt?

Xiuhtezcatl Martinez is a youth warrior on a mission to shift human consciousness to respect and protect Mother Earth. Youth director of The Earth Guardians, hip hop artist and public speaker, Xiuhtezcatl spreads the message of our ancestral connection to indigenous cultures. Exposed to indigenous ideology of universal connectedness since an early age, he has a message for all of us. Watch his inspiring speech at a Bioneers Youth Leadership conference, followed by a personal interview that gives you a glimpse into the mind of this 14 year old.

Logan LaPlante is best known for his TEDx Talk, which he made at age 13, on the topic of hacking education. He makes a very critical point during his talk about the importance that society places on schooling, but without including training in the practices of being happy and healthy as part of a child’s education. To children, this type of education is unnatural because children are more connected to true, carefree happiness. The traditional schooling approach does not place sufficient value on lifestyle choices that will help you live a happy and healthy life, such as diet and nutrition, time in nature, relaxation, stress management, service to others, and so forth.
During his talk, Logan brings up a great point that everything is up for being ‘hacked’ – everything can be approached with a new mindset to make it work better…even education. This type of creative approach to life is coming from a boy whose mom was chastised by her friends for pulling Logan out of traditional school and into homeschool.
An avid skier, Logan continues to speak publicly and was recently a keynote at the Innovation Arizona Summit. He has enrolled in Forest Charter School, which allows for one full school day of skiing a week, making it popular with many of Tahoe’s sport athletes. Logan’s TEDx speech wasn’t about promoting homeschooling but about taking a new approach to education. What does Logan have to say today?

“I get bummed at all the people that have turned my talk into a fight about homeschooling. They missed the point. It’s the mindset and what you make priority. So for Generation Z, let’s make learning the skills and practices of being happy and healthy just as important as learning science.” ~ Logan LaPlante

In 2013, a spry 14-year old, Rachel Parent, challenged Kevin O’Leary of CBC News to a debate on the GMO movement as a response to O’Leary’s TV statement, “I have an answer to these people. Stop eating. Then we can get rid of them.” What a jerk.
Rachael doesn’t see herself as a lobbyist for any movement or organization… she is simply part of the growing anti-GMO voices among even the youth. The topic of her public speeches since 2013 – our right to know what is in our food – is the basis for her campaign. The youth of our country is not only faced with today’s decision on which food to eat; they have to consider the potential long-term impacts on their future families, nature, and our global ecosystem.
This brave girl faces O’Leary with poise and a steady dedication to her beliefs, and even though O’Leary continues to try to pigeon-hole her as self-absorbed and anti-science (which clearly she is not), Rachel clearly wins the debate. He repeatedly questions her about global food shortages and Biotech’s claim that GMOs can end world hunger, while refusing to discuss the issue of Rachel’s campaign: GMO food labeling. This is a typical approach by mainstream media to silence dissent, and this young revolutionary sets an example for the rest of us.
Over the last two years, Rachel has continued to be the voice of youth about the right to know what’s in our food. Visit her website at www.Kidsrighttoknow.com

“At first I didn’t know what to do, and as I researched more and more, I became seriously worried about the long-term risks of GMOs. I didn’t realize at the time that there was much more at stake than our health. There is our freedom of choice, our environment, our bees and butterflies, our entire eco-system, and our future!” ~ Rachel Parent

Speaking in front of her local school board, 4th grader Sydney Smoot eloquently rips standardized testing in a riveting and brutally honest presentation. The tiny nine-year-old brought the Brooksville Elementary Schoolhouse Board to its feet earlier this year when she boldly tore into the new Florida Standards Assessment, then receiving a standing ovation. Even though she could be barely see over the podium, her thoughts on the matter remind us that children should have a say in how they are treated in public education.
Common Core education and standardized testing are an affront to the individuality and interests of children, and as adults, we’d better take heed that at least some young people understand this and simply will not tolerate it.


What to Do When Children Revolt

There are signs that the best of us – the children, the youth, our future – are waking up and seeing through the scam of modern life. They are understanding that the world we are creating for them will unjust, unfair, and uninhabitable, and they are beginning to revolt. These young people deserve our respect and our ear, and we should listen and respond to their concerns about how our actions today will impact their future.

About the Author
Sigmund Fraud is a survivor of modern psychiatry and a dedicated mental activist. He is a staff writer for WakingTimes.com where he indulges in the possibility of a massive shift towards a more psychologically aware future for humankind. Follow Sigmund on Facebook here.
Additional Sources:
http://www.outsideonline.com/1926276/hackschooler-goes-back-school-sort
http://www.kidsrighttoknow.com/a-note-from-rachel/

Posts : 100
Join date : 2014-11-16
Location : USA
Awesome post!!!
These beautiful kids are inspirational and sensational, don't ya just love it when the wise guy is trumped by a precocious youth who can see beyond the mind control of their contemporaries.

As a parent it becomes apparent that the public school system is no longer about education, but lack there of. They don't want us to have critical thinking skills, just enough knowledge to be a wage slave and to not ask questions. The curriculum has radically shifted to be about a measuring device (the test) but who is really doing the measuring and why?

The test, while a useful tool for locating cerebral encephalons, destroys self esteem and crushes the will of youth through psychological sabotage. School's are becoming prisons for indoctrination and vaccinations and a medium for social programming.

The measuring device serves the military industrial complex who use it as a method of finding the bright stars so they can be monitored and drafted early on by those who know best how to exploit them. They don't want the gifted to loiter within the public sector where they can combine free will with alternative programs that run in opposition too the controls of society. This has been standard operating procedure for over 50 years, its just evolved into the tightening noose, and dragnet that we see today.

The no child left behind B.S. really means they don't want any child left behind within the public sector that may grow up to become a Malcolm X, or a JFK. Its easier to draft them when their naive for reprogramming, so their brilliance becomes polarized and plagiarized. Its best to opt out of testing and therapeutic to gather up all tests and have your children urinate and defecate on them, so they learn the true value of these licentious devices.

The best education a child can receive is from a parent who knows the true meaning of natural resource. If we teach our children about nothing more than how to make money we have failed them!

OUT OF MIND » VOICES CARRY » AMAZING PEOPLE, PLACES & THINGS » These 4 Young People are the Voice of the Next Revolution