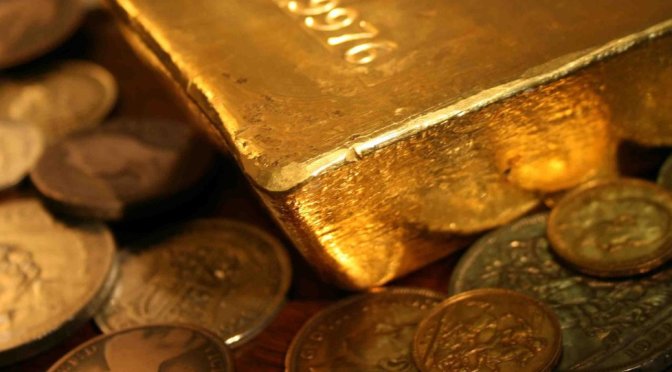 We were all expecting a grand global announcement of a shift from fiat dollar to gold standard, actually a basket of sovereign currencies backed up by hard assets, e.g. oil, natural gas, copper, silver and gold, and yet, it is turning out not to be the case.
What we are seeing right now is a gradual implementation of that shift.

In spite of the doomsday predictions by Western think tanks, intergovernmental agreements are being signed and critical infrastructures are being built in areas where BRICS countries have established influence.
Realizing that there is interdependency among BRICS countries at the macro level, strengthening of cross border and inter-regional cooperation in the field of economics and security is the only imperative.
China, for its part, will start buying gold with surplus US dollars through its own gold exchange hub which is slated to be even bigger than London’s.
The Xi’an Gold Exchange will also be used to release its own gold bullion gradually to pave the way for the effective internationalization of the yuan currency, while at the same time providing the necessary funds for the massive building of critical economic infrastructures, i.e. roads, bridges, railroads, sea and air ports, throughout Asia, Europe and Latin America, through another BRICS “World Bank” AIIB.
What we are not seeing behind the scenes is the withdrawal of Asian gold lent to the West at least six decades ago which formed the backbone of the Western dominated financial system. The agreement then was to use the assets for global development through the extensive use of Western technologies. Instead, the Black Nobility, Jesuit Knights of Templar and the Khazarian Mafia at large used the opportunity for sowing terror and divisions across continents with the endgame of world domination.
The China-led Asian gold withdrawal from Western financial system is what made London capitulates to the BRICS Alliance.
When the new asset-backed system is fully put in place that will be the time when the old fiat financial system is shutdown. We are expecting this to happen on the first two weeks of December of this year when the BRICS’s AIIB will start operating, and the Vatican itself will announce “the most unprecedented Year of Mercy”, or the writing off of all fiat personal and national debts.

The big question by then is: What would be the fate of those who instituted the fiat financial slavery system in the first place?
We will discuss that in our next article.
Power of Gold: China Establishes Its Largest Gold-Investment Fund
19:49 28.05.2015(updated 20:53 28.05.2015) Get short URL
China has established its largest gold-investment fund in northwest China’s Xi’an City, the ancient starting point of the famous Silk Road, aiming to bolster Beijing’s role in global gold trade.
The initiative is a part of China’s ambitious New Silk Road project and about 60 countries have already invested in the “Silk Road Gold Fund.” While the new fund is aiming to invest in mining projects in the region, it is expected that central banks of the member states will increase their holdings in the precious metal.
Citing state-run Shanghai Securities Journal, Asia markets expert Laura He underscores that in addition to buying stakes in gold-mining projects and companies along the New Silk Road, the gold fund will be also aimed at investing in gold-mine stocks and establishing gold exchange-traded funds.
“The fund may also boost China’s power over the world gold market and could increase the use of the yuan in pricing gold,” Laura He noted, quoting Chinese economist Song Qinghui.
Another Chinese expert, Tang Xisheng from the Industrial Fund Management Co. shares the similar stance.
“China does not have a big say in gold pricing because it accounts for a small share of international gold trade. Therefore, the Chinese government seeks to increase the influence of RMB in gold pricing by opening the domestic gold market to international investors,” Tang Xisheng said as cited by Xinhua.
According to Laura He, the major stakeholders of the fund are Shaanxi Gold Group and Shandong Gold Group (with a combined 60 percent stake), Shanghai-listed Industrial Bank Co. and Sichuan Western Resources Holding Co. (each holding 15 percent).
Some experts suggest that the ultimate goal of Beijing is to create a viable alternative to London’s global gold trading center with a prospect of establishing the world’s largest gold trading hub in China.
Indeed, Asia’s gold demand is growing rapidly, accounting for more than 70 percent of the global total. Today China is the world’s largest gold producer, and both major importer and consumer of the precious metal.
Predictably, Asia’s “golden rush” raises concerns in the West, prompting Western mass media to speculate that Beijing may soon introduce a new gold standard to displace the dollar. Furthermore, China may introduce its gold fixing reference price in yuan before the end of this year, reports say.
Meanwhile, the International Monetary Fund (IMF) has recently admitted that the Chinese currency is “no longer undervalued,” actually opening doors for the yuan to global currency market.
In the light of Beijing’s latest move, the dollar proponents’ concerns are looking far from being “groundless.”
Sputnik
Brazil picks its IMF envoy as BRICS Bank Vice President 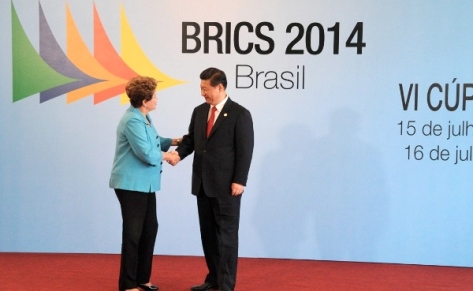 Brazilian President Dilma Rousseff with Chinese President Xi Jinping at the 6th BRICS Summit in Fortaleza, Brazil on 15 July 2014 [PPIO]Brazil has announced noted economist Paulo Nogueira Batista Junior as the vice-president of the $100 billion BRICS bank, the Brazilian Treasury Department has announced.
The first meeting of the bank’s board of governors will be in early July during the BRICS summit in Russia, at which it will formally appoint its president and vice-presidents.
Batista, who represents Brazil and ten other developing economies at the IMF, will take charge in Shanghai where the new lender will base its headquarters.
India has already announced the first President of the BRICS Bank and the other four countries will each designate a vice-president.
Zhu Xian, vice-president of the World Bank, has been picked by China as one of the four vice-presidents.
Member countries are currently working on the New Development Bank’s articles of association to be approved by each nation’s legislature, the establishment of the multilateral secretariat, and the formulation of its mandate and some specific policies.
Brazil’s Batista contributed to the reform negotiations to increase emerging countries’ power quota in the International Monetary Fund (IMF).
Batista also participated in the preparatory work and elaboration of the agreements to create the BRICS New Development Bank which were signed in July 2014, during the sixth BRICS Summit in Fortaleza, Brazil.
China’s Vice-Finance Minister Shi Yaobin indicated last week that membership will not be limited to the group’s five-member nations.
The BRICS bank will have an initial authorized capital of 100 billion divided equally among the five founding countries and will share equal voting powers.
An African regional center will be set up in Johannesburg, South Africa.
TBP and Agencies
One of the significant sources of funds for the fascist Nazionist Jesuit Khazarian Mafia is the healthcare industry which registered a whopping $3.09 trillion in 2014, and is projected to soar to $3.57 trillion in 2017, in the US alone.
We can help take down the Dark Cabal by avoiding drugs, defeat any viral attack and scaremongering easily by knowing how to build our own comprehensive antiviral system. Find more about it here.