Vatic Note:   Given that its the khazars that run the banks, this below does not surprise me, even though the mention of such possibility did surprise me. What a scummy way to make money by insuring your employees, and then collecting on their insurance when they conveniently die.

This article below is very good.  I highly recommend a serious read of this and then big time discussion on how we stop all this from going on under our noses and under our names as Americans.   This is not us or our country, its that of the foreign occupiers of our nation and their squirrelly bankers.

Time for one way tickets, at taxpayers expense, to send the bankers and khazars to MARS.  No two way tickets.  They are never to come back.  Now we know why these bankers are all dying.  Its possibly for the insurance checks.  How insane can you get. I bet this is why they purged this one.


The Bankster Suicides
https://www.corbettreport.com/the-bankster-suicides/
By Corbett, The Corbett Report • 06/03/2015 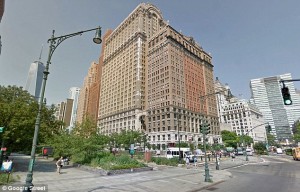 The building from which Thomas Hughes (reportedly) jumped to his death
by James Corbett
TheInternationalForecaster.com

29 year old investment banker Thomas Hughes died in the early morning hours last Thursday after apparently falling from the 24th floor of his Manhattan apartment building. The Daily Mail’s coverage of the incident is revealing, not because it sheds light on what actually happened to Hughes, but because it deftly buries the most interesting aspects of the case under a sea of speculation and hand-waving.

“Exclusive: Father of investment banker, 29, fears son turned to drink and drugs to cope with stress and jumped to his death after a ‘Wolf of Wall Street cocaine party’!” blares the typically unwieldy tabloid title, and sadly the reporting does not rise above the level of that headline. After noting that Hughes is in fact the 12th person in high finance so far this year to take their own life (if that is indeed what he did), we are promptly informed that this has prompted a “renewed focus on the demands that Wall St places on young bankers.”

And his father’s “fear” that Thomas “jumped to his death after a ‘Wolf of Wall Street Cocaine party’?” If you can cover up the sidebar on the right-hand side of the DM’s clickbait-infested site long enough to actually read the article, you’ll find out that this is not what his father was actually saying. “I wish I would have crystal clear answers. If you met him you would say this is the opposite person who would seem like the kind of person who was considering taking this type of action,” the father was quoted as saying after asserting that his son was “enjoying his work.”

So what is happening here? Why are MSM outlets like the Daily Mail rushing to wrap this up as ‘just another suicide of an over-stressed banker’ before the police have even identified the body (which was unrecognizable after impact)? 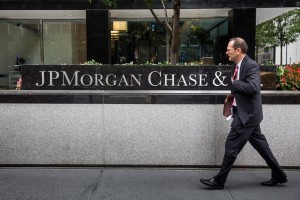 The answer might just lie in Hughes’ resume. Although he worked for Park Avenue investment bank Moelis & Company at the time of his death, his Financial Industry Regulatory Authority (FINRA) profile indicates he interned at JPMorgan Chase before going on to stints at UBS and Citibank.

Although you could be forgiven for having blinked-and-missed-it in the midst of the wall-to-wall coverage of the earth-shatteringly important Caitlyn Jenner kerfuffle, those three banks were part of the sextet that were just found guilty of manipulating the $5 trillion a day foreign exchange market and collectively fined an impressive-sounding but ultimately trivial $6 billion for the crime.

These are life insurance policies that are taken out by corporations for their employees. In the event of the death of that employee, the corporation gets the pay out, often behind the back of the employee’s family.

Although it is traditionally painted in the media as little more than a tax deduction scheme, Ellen E. Schultz uncovered an altogether more sinister possibility.

In her 2011 book Retirement Heist: How Companies Plunder and Profit from the Nest Eggs of American Workers, Schultz published a memo from an insurance agent to Mutual Benefit Life Insurance Co. discussing these types of insurance policies. The agent notes how firms like Procter & Gamble and Diebold were ‘suffering’ from low employee death rates (and thus low life insurance payoffs), but one firm had a significantly higher rate:

“A company the agent called NCC had a better death rate, he noted. People were dying at 78 percent expected mortality. ‘However, this includes three suicides within the first year which is highly unusual’— NCC had not had one suicide in twenty-five years until 1990. ‘Without these suicides, NCC would be running at 33% expected mortality. This fact highly concerns me.’”

As Wall Street on Parade pointed out in an explosive report on the subject one year ago, Wall Street, too, is heavily invested in these types of insurance policies. That report detailed how Wall Street’s four largest banks hold as much as $681 billion in life insurance in force on their employees, past and present, and JPMorgan holds up to $179 billion of that total.

And now, coincidentally, JPMorgan has been experiencing an unusual number of ‘suicides’ and unusual deaths of young workers since the so-called “bankster suicide” phenomenon began in December of 2013.

This list includes the likes of Andrew Jarzyk, another former tech intern at JPMorgan who went missing and was found dead in the Hudson River in 2014 in circumstances that have still never been explained.

Or Gabriel Magee, the Vice-President of IT at JPMorgan who apparently threw himself from the 32nd floor of the bank’s London headquarters after sending his girlfriend a text that he would be home late that evening.

Or Kenneth Bellando, a former JPMorgan analyst whose JPMorgan-employed brother was mentioned in a senate investigation into Morgan’s $6.2 billion Whale derivatives disaster that slammed the bank for lying to regulators.
Although there has been a larger pattern of bankster deaths identified by others in the past year and a half, it’s the JPMorgan pattern that sticks out: young interns and analysts, many of them tech workers for the banking giant, are ending up dead in unusual circumstances.
Could this be, as the Daily Mail and its ilk are all too keen to suggest, simply a case of overworked young investment bankers choosing the easy way out? It’s a possibility. But could it be something much more sinister? A heartless scheme to help meet the company’s dead peasant mortality projections? Or an attempt to silence potential whistleblowers about the systems JPMorgan is using to game the markets? These, too, are possibilities, though ones that will never be broached by the lapdog media.

"Although you could be forgiven for having blinked-and-missed-it in the midst of the wall-to-wall coverage of the earth-shatteringly important Caitlyn Jenner kerfuffle, those three banks were part of the sextet that were just found guilty of manipulating the $5 trillion a day foreign exchange market and collectively fined an impressive-sounding but ultimately trivial $6 billion for the crime."

What a wonderful world they live in. They fine themselves. They just move currency from one account to another....