OUT OF MIND » THE INSANITY OF REALITY » ILLUMINATI AGENDA & WORLD DOMINATION » EXCLUSIVE: Baron Rothschild indicted in France over fraud case

Now here is some NEWS!
“The Baron is believed to be staying at his Normandy castle, or near to his Paris offices, and lawyers have provided state prosecutors in France with two possible addresses to find him.”
Bonne chance!  ~ BP 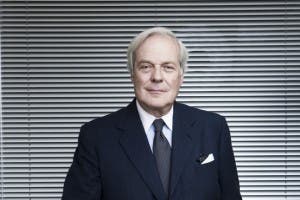 June 19, 2015
FRENCH police have been ordered to track down one of Europe’s wealthiest aristocrats over a fraud involving hundreds of British pensioners.
Baron David de Rothschild has been indicted over the allegations after the victims, mostly expats living in Spain, bought into his loan scheme.
The banking magnate will now be questioned in his native France, five years after a Marbella-based law firm began legal action against him.
French police have been told by a judge in Paris to track down the wealthy scion who has various homes in the country.
The case involves his company, the Rothschild Financial Services Group, which stands accused of falsely advertising an equity release loan scheme, bought into by more than 130 pensioners between 2005 and 2008.
More than 20 British pensioners in Spain took up legal action against Rothschild’s company after losing their dream properties and thousands of euros.
Paris-based liaison judge Javier Gómez Bermudez – famous for his role in prosecuting the Madrid bombers – announced the summons this week after the Denia Court issued the order.
The Baron is believed to be staying at his Normandy castle, or near to his Paris offices, and lawyers have provided state prosecutors in France with two possible addresses to find him.
Marbella-based lawyer Antonio Flores of Lawbird said the indictment was a ‘breakthrough moment’ in the case.
“It is a good step in the right direction,” Flores told The Olive Press. “The courts are now in agreement with us that there is enough evidence to interrogate Baron Rothschild.
“It is a real breakthrough moment for everyone involved.”
Rothschild’s product, the Credit Select Series Mortgage Loan, was sold to pensioners as a legal means to reduce the value of their homes for inheritance tax mitigation purposes.
The Tax Agency ruled that such a scheme constitutes fraud and Flores believes that Rothschild should be held accountable.
“In short, independently of what happened to the investment, Rothschild advertised a loan aimed at reducing inheritance tax, which is a breach of tax law,” he said.
Flores, and two other prosecuting lawyers, will submit questions for Rothschild in relation to fraudulent advertising.
The Rothschild Group has so far failed to comment.
Source

OUT OF MIND » THE INSANITY OF REALITY » ILLUMINATI AGENDA & WORLD DOMINATION » EXCLUSIVE: Baron Rothschild indicted in France over fraud case