Project BlueBird and The Blue Avians

The Ruiner Blog: Inside Scoop on Secret Space Programs and the Blue Avians Con

Disclaimer: It is difficult to really know the ultimate truth about these topics and the information put out by Corey Good and also the Ruiner Blog. I want to make it clear I hold no animosity towards either, and only wish all concerned ultimate truth, healing, recovery and harmony in their journey towards discovering “truth” whatever that may be.
It would be remiss if I did not include a link to the relatively new Ruiner Blog by an anonymous ex Illuminati Family member who is spilling the beans on many of their programs, agendas, structure, origin and who runs them. (Draco) Quite a revealing blog, simple and to the point. No, I don’t know who this person is.
Due to the fact that my last post I mentioned the ongoing Milab whistleblower testimony of “Corey” in the Secret Space Program, and his connection to the supposedly benevolent “Blue Avians” and the Sphere Alliance, I had to at least mention the inside scoop on this Exo-politics charade.
It does seem that most of the supersoldier whistleblowers are still acting out some kind of program, which may in and of itself be a type of “booby trap program” once a milab starts to recover memories and want to be free and “tell their story”. But what happens, is that many fall into another kind of trap, which I have seen over the years with abductees and contactees also.
Instead of continuing on into true healing and recovery, they seem to get stuck in the easily manipulated “ego” savior mode, which is taken advantage of by the ones who run them. And of course the Alternative Media laps it up, always hoping for the next ET Savior or White Hat to tell them “the truth”.
It is unfortunate, as I do know that there are real programs going on in the military, secret space programs and occult weapons groups. No doubt there are real black operations going in all kinds of secret programs which may include various ET’s and unbelievable technology. But most are controlled information leaks, and you always have to ask yourself who is running the show, what the hierarchy really is, and to what beings they serve.
I chose a few links of blog subjects that the Ruiner wrote that are noteworthy, but I encourage the reader to browse through all the posts, especially the one about the Progenitors.

From: Out of this WorldX | by The Ruiner

There has been a lot of talk around the Internet about “Blue Avians” and this is rather laughable. “Blue Avians” do not exist. They are and have always been used as part of a mind control program specifically for members inside Secret Space Programs, Cloning Programs, and Culture Creator programs.
The Avians assisted the Annunaki by distributing language and religion to different parts of the world. In plain speak, they distributed the disinformation that would become the control system we know today. They attached themselves to the “god” RA and told humans they were the messenger of RA. They were doing this as part of an order made by the Annunaki.
Secret Societies honor the Avians by wearing “Bird masks” at high level luxury parties and rituals. We call these .. dun dun dun.. Avian Masks. The host of the party wears.. You guessed it, a BLUE mask. He is the Blue Avian.
They call their programmed entities “Blue Avians” as a play on their own “Blue Blood” focus. Honestly every time someone accepts that “Blue Avians” exist, another Illuminati member falls over laughing.
The programs affected are the Secret Space Programs and Clone Centre Programs.
Talk to any Clone Centre attendee and they will tell you all about the “Big Birds” who have been present at Cloning for the past few months. Talk to any high level Secret Space Program member and they will tell you how the “Blue Avians selected (me) to disclose information to Humanity”. A sure tell sign of this mind control op is they will attach military protocol to their contact. “I was given a name to repeat to others they contact so we will know each other are telling the truth”. Triggers, neat!
Sound like the military to you? Well that’s because IT IS!

From: Wikipedia.org
In 1945 the Joint Intelligence Objectives Agency was established and given direct responsibility for Operation Paperclip. The program recruited former Nazi scientists,[15] some of whom had been identified and prosecuted as war criminals during the Nuremberg Trials.[16]
Several secret U.S. government projects grew out of Operation Paperclip. These projects included Project CHATTER (established 1947), and Project BLUEBIRD (established 1950), which was renamed Project ARTICHOKE in 1951. Their purpose was to study mind control, interrogation, behavior modification and related topics.

The Origin of “Bluebird”

From: Above Top Secret Project Bluebird, created on April 20, 1950 by the first CIA director, Admiral Roscoe Hillenkoetter. We all know that this infamous little project went on to mutate into the monstrous MKULTRA.
Where did this title come from? It is said that Allen Dulles changed the project name from Bluebird to Artichoke simply because he was fond of the vegetable. So it would seem that the names of projects were at the whim of their creators. So where did Hillenkoetter get his inspiration?
It would seem that his inspiration drew from the play that gave us the term The Blue Bird of Happiness.
Maurice Maeterlinck (1862-1949), the Belgian playwright and poet. Student of the Occult and Symbolist movement (the forerunner to the Surrealist movement) first saw his play The Blue Bird performed in Moscow in 1908.
Tytyl and his sister Mytyl set out on a quest to find the Blue Bird of Happiness.
Mytyl (Shirley Temple), the bratty daughter of a woodcutter, finds a unique bird in the Royal Forest and selfishly refuses to give it to her sick friend. That night she is visited in a dream by a fairy named Berylune who sends her and her brother Tytyl to search for the blue bird of happiness. To accompany them, the fairy magically transforms their dog Tylo, cat Tylette (Gale Sondergaard), and (lantern) Light (Helen Ericson) into human form. The children have a number of adventures including a visit with their (deceased) grandparents in the Land of the Past, a stay in The Land of Luxury, an attack by angry trees and lightning in a forest fire, and a meeting with Father Time, young Abraham Lincoln, and their future sister in The Land of Tomorrow (unborn children). The dream journey makes the previously unhappy and selfish Mytyl awake as a kinder girl who has learned to appreciate all the comforts and joy of her home and family. Link
The play is essentially an occult psychodrama (interestingly it was also the template for The Wizard of Oz) aimed at children. What with Tytyl’s magic hat with the diamond in the center (3rd eye) that allows him to see “The Soul of Things” as well as seeing into the past and the future.
The search for the Blue Bird leads the children through The Palace of the Night, A Graveyard, The Enchanted Forest and, The Land of Memory.
The Land of Memory… Exactly where the BLUEBIRD Project desired to invade. 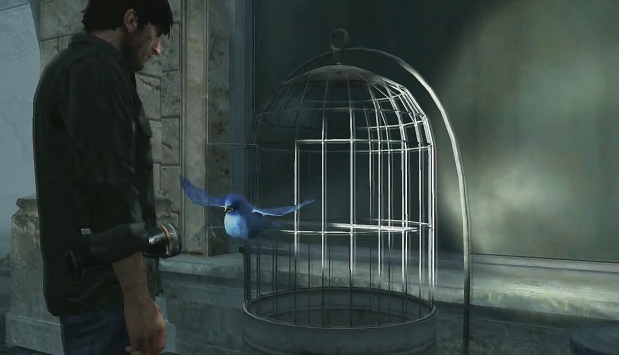 From: BLUEBIRD, Deliberate Creation of Multiple Personality by Psychiatrists
By: Colin A. Ross MD
In this summary of Bluebird, Dr. Ross describes unethical experiments conducted by psychiatrists to create amnesia, new identities, hypnotic access codes, and new memories in the minds of experimental subjects. His research is based on 15,000 pages of documents obtained under the Freedom of Information Act. Dr. Ross is a past president of the International Society for the Study of Dissociation.
BLUEBIRD was approved by the CIA director on April 20, 1950. In August 1951, the Project was renamed ARTICHOKE. BLUEBIRD and ARTICHOKE included a great deal of work on the creation of amnesia, hypnotic couriers, and the Manchurian Candidate. [13][14] ARTICHOKE documents prove that hypnotic couriers functioned effectively in real-life simulations conducted by the CIA in the early 1950’s. The degree to which such individuals were used in actual operations is still classified. P. 23
The BLUEBIRD and ARTICHOKE documents available through the Freedom of Information Act, like all such documents, are heavily redacted. A great deal of text has been whited out, and other documents must still be entirely classified. BLUEBIRD and ARTICHOKE were administered in a compartmented fashion. The details of the programs were kept secret even form other personnel within the CIA. When asked why LSD research done under ARTICHOKE was hidden from the CIA Committee in charge of ARTICHOKE, Sydney Gottlieb, Chief, Medical Staff, Technical Services Division, CIA, responded, “I imagine the only reason would have been concern for broadening awareness of its existence.” P. 25, 27

CHAPTER 12. THE SCIENCE OF EXTERNAL CONTROLS

From: educate-yourself
A note should be made that the American intelligence agencies tattooed some of their slaves with blue Monarch butterflies, bluebirds, or roses for identification purposes. The bluebird relates to the CIA project name Project Bluebird. Some satanic cults tatoo the “sign of the great Beast” on the heads of victims. They also place scars with occult designs on their victims. The Illuminati slaves, who are hierarchy members of the Illuminati, are not tattooed, although a hard-to-see scar consisting of dots in a triangle on the third eye is done to some members. The prohibition against marking up one’s body is not consistently enforced in the Illuminati–it seems this standard is enforced more with the women than the male Illuminati members. CIA slaves have received the Butterfly tatoos from the age of about 11 on up.
RELATED POST: The Political Agenda Behind Alien Disclosure