Today at 1:22 pm by PurpleSkyz

Today at 12:13 pm by Consciousness Of Economic

» Making the Best Possible Use of Time - Manly P. Hall

Today at 12:12 pm by Consciousness Of Economic

» History of the World Mapped in the BRAIN...BODY CODE

Today at 12:11 pm by Consciousness Of Economic

Today at 12:10 pm by Consciousness Of Economic

Today at 12:07 pm by Consciousness Of Economic

Today at 12:05 pm by Consciousness Of Economic

Today at 12:03 pm by Consciousness Of Economic

» Why Did Ghislaine Maxwell Leave Safety of France for Arrest in Us?

» Unexplained Roaring Sound from Sky over the Alps in Austria

» My investigation: the cult of COVID by Jon Rappoport

Yesterday at 2:48 pm by PurpleSkyz

The World Won’t Change Until We Do 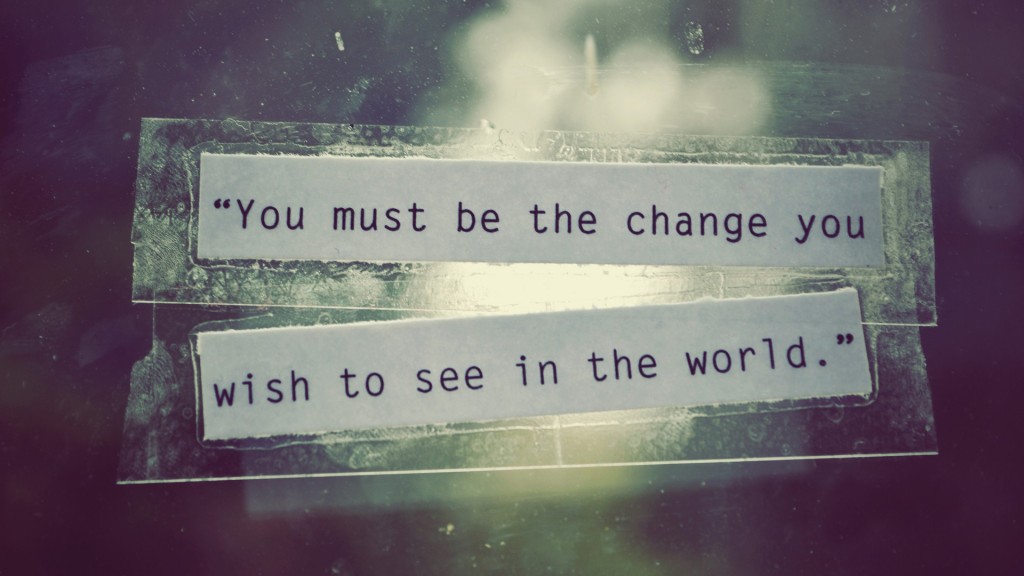 Credit: Bemagazine.org
By Wes Annac, Culture of Awareness
It’s clear that there’s a lot of evil in the world, and it’s easy to get dismayed at our society’s current condition. Sometimes, we’re hit with the world’s ills when we least expect, and centeredness can be difficult when we try our best and still can’t get past all of the negativity and drama.
We only need to look around to see that our world’s broken. It seems difficult for most people to find lasting happiness, and while a corrupt, self-obsessed elite continues to blow the planet to smithereens for personal profit, most ‘common’ people struggle with negative, selfish and uncaring tendencies that keep us from a new world just as much as the elite’s crimes.
We’ve forgotten how to treat each other as fellow humans who are trying to survive and create a life worth living. We’ve forgotten that we’re all reaching for the same goals – to live, to enjoy life, and to do it with as little conflict or turmoil as possible. Some people create conflict out of thin air that others are forced to respond to, and they do it out of a lack of self-love, which fuels their anger and their inability to love or respect others.
We need to change the way we function as a society, and when we understand the things we’re all doing – not just the elite, but the common man too – we won’t just want to make external changes. It’s understandable that so many people want to change the outer world and bring an end to division, hatred and uncaring, and this is why people have embraced activism throughout the ages, but it’s incomplete if it isn’t accompanied by personal change.

Credit: Synerflexconsulting.com
Personally, our world’s condition (and the condition of our collective consciousness) has saddened me on more than one occasion. For me, this isn’t just about the corruption in our governments or big corporations – it’s about the mindsets, attitudes and behaviors of each individual, because we’re all responsible for our planet’s condition. The elite have only gotten away with their crimes because we’ve been too divided and complacent to do anything about them, and the condition of the common man concerns me just as much as corporate or government corruption.
Dethroning the elite might give us some temporary changes, but they won’t last if we can’t change as individuals. Any positive or progressive societal changes we make will be fleeting if we still have division in our minds and hatred in our hearts, and until we can change, we’ll never make any societal changes that last. The change has to come from within, and it has to start with us.
If I want the world or the people around me to change, I have to change. I have to change things from within and make life better for everyone around me before I have any hope of seeing the world change, and this puts me, and each of you by consequence, in a whole new position.
To be a true revolutionary, we don’t have to give speeches about corruption in front of a big crowd. We don’t have to plan or participate in protests that highlight the things government and big corporations are doing wrong, but I’m not discouraging it because it raises awareness.
We don’t have to do anything big or flashy to be true revolutionaries or world changers – all we have to do is change ourselves. All we have to do is examine our lives and how we interact with others (as well as how we conduct ourselves in private) to determine what changes need made, and make them. The hardest part is to actually stick with them, but if we’re willing to attend protests or give big speeches, then we should be willing to dedicate ourselves to our personal transformation.

Credit: Malloryifbb.com
Most people don’t understand that our attitude is paramount to the new way of life we want to create, and we have to step up and be the examples of personal change if we want others to follow suit. If we want the hatred we see in the world to stop, then we need to cease our own hatred. If we want to eradicate prejudice in the world, then we need to eradicate it in ourselves, which means treating everyone the way we’d treat a friend.
If we want people to stop fighting, then we have to stop fighting with the people around us, no matter how we do it. Even an argument between loved ones (or anything else we think is insignificant) is amplified in the collective consciousness and turned into physical conflicts between nations, religions, etc.
The things we do right here, right now determine the future we experience, and we can eradicate war, hatred, disease and hunger by changing ourselves to reflect the conscious, compassionate individuals we want to see populate the Earth. We have to be those individuals, and for most of us, this means we have to become them.
How can we expect anyone else to become more respectful or compassionate toward their fellow man if we can’t? We’re the ones who consider ourselves conscious of the things that are wrong with the world and the changes that need made, so why not seriously dedicate ourselves to the pursuit of personal change?
We’ll be more enthusiastic and authentic about changing the external world if we do, and even if it isn’t apparent at first, other people will respond to our joy, authenticity, and openness. When we can make life better for ourselves and the people around us, which requires a degree of selflessness, we’ll make them feel better, more open and more willing to gravitate to the qualities that can change the world. Credit: Pinterest.com
Respecting others will seem easier for them when we can respect them. They won’t feel so constricted or cut off from that higher part of themselves that they require if they want thrive, and they’ll generally seem a lot happier and more complete. While our love and kindness won’t solely change them, the effect will be more notable than we initially anticipate and this’ll motivate us to show as much love and openness as we can, in every moment and to every person.
We won’t want to censor ourselves anymore, and this will in turn increase the openness of others. They’ll feel more comfortable around us and more willing to stay centered, and their hatred or intolerance toward others might eventually decrease.
If everyone in every country could do this, I’m confident that we could make some significant changes. I think we’d create a significant ripple effect that’d inspire, empower and encourage others to return to love and create the changes they want to see in the world while giving their perspective on the countless societal issues that need addressed.
All of the articles we write about government or corporate corruption are incomplete if we fail to stem the flow of thoughts and emotions in ourselves that cause corruption. What we see at the surface with corruption isn’t the whole picture, and the individuals responsible are responding to intensified forms of the same negative and selfish thoughts, emotions and habits that the conscious community still responds to on a daily basis.
We’re just as capable of corruption as our governments, and while we haven’t done the truly awful thing they have and this gives us a feeling of righteousness as we talk about all of their injustice, the truth is that most of us regularly receive and usually act on lessened forms of the same corrupting thoughts, feelings and desires.
The difference between us and the elite is that they’ve acted on these desires for so long that they’ve expanded and intensified the matrix of egoism, negativity and selfishness that encompasses them, and we could do the same thing if we don’t keep our negativity or our misaligned desires in check. We’ll expand our personal negative matrix if we continue to feed it, and for this reason alone, changing ourselves is important.
I’d like to focus more on my personal transformation from here on out, and it isn’t as much about being self-centered or egotistical as it is understanding that my (and your) transformation is the most important driving factor behind our collective evolution.

Credit: Beyondascension.blogspot.com
We’re transcending our old ways and adopting new ones that reflect the harmonious life we’ve been talking so much about, and there will come a time when we realize we need to speed up the process by playing a more active role in our own transformation. Otherwise, our evolution will continue to go at a snail’s pace and we’ll wonder why we never seem to make progress year after year.
Feel free to put more focus on your process and remember to help others along the way. Selflessness becomes natural and effortless when we have love for ourselves and we’ve solved the issues that held us back, and it’ll feel good to know we’ve helped others and made a positive impact on the world in any way possible.
Our self-love will increase, which will in turn motivate us to help even more people. As everyone starts this process and makes an impact on the people around them, love and consciousness will spread like the plague and for the first time in our history, we’ll be willing to come together, tear down our borders and reclaim our inner and outer freedom.
Share freely.
I’m a twenty-two year old spiritual writer, blogger and channel for the creative expression of the inner universe, and I created The Culture of Awareness daily news site.
The Culture of Awareness features daily spiritual and alternative news, articles I’ve written, and more. Its purpose is to awaken and uplift by providing material about the fall of the planetary elite and a new paradigm of unity and spirituality.
I’ve contributed to a few different spiritual websites including The Master Shift , Waking Times , Golden Age of Gaia , Wake Up World and Expanded Consciousness . I can also be found on Facebook (Wes Annac and The Culture of Awareness ) and Twitter , and I write a paid weekly newsletter that you can subscribe to for $11.11 a month here .

Thanks to Wes at: http://cultureofawareness.com/