OUT OF MIND » TRUTH IN CONSPIRACY THEORIES? » HISTORIES MYSTERIES »  Hybrids, Demons, Nephilim: The Truth Is Bigger Than You Ever Imagined

Hybrids, Demons, Nephilim: The Truth Is Bigger Than You Ever Imagined

Hybrids, Demons, Nephilim: The Truth Is Bigger Than You Ever Imagined 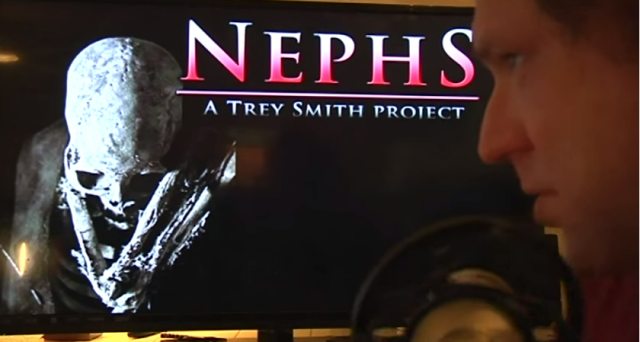 By Lisa Haven
Trey Smith has been known for his many videos exposing Nephilim Giants, UFO, Fallen Angels and more. He is a youtube sensation and today he has created—what I believe—to be one of his most interesting videos about a/the dark inter-dimensional evil that surrounds this world.
Here is the breaking video…


So Who are The Watchers of the Bible and the Nephilim?

“When men began to multiply on the face of the Earth, and daughters were born to them, that the sons of God saw the daughters of men that they were fair; and took them wives of all which they chose.” Genesis 6:1-4
These ‘Sons of God’ (Ben Elohim or fallen angels) were known as the Watchers. The title ‘Watcher’ simply means ‘one who watches’, ‘those who watch’, ‘those who are awake’ or ‘those who do not sleep’. These titles reflect the unique relationship between the Watchers and the human race since ancient times.

These angelic beings were given the task by God to be earthly shepherds of humans. It was their job to watch over the human species and report back on their progress. However they were confined by the divine prime directive not to teach or become sexual active with humans. Regrettably, some of them, decided to ignore God’s command and eventually became known as the “Fallen Watcher Angels”.

Most of the information we have about these mysterious Fallen Watchers and their activities comes from the apocryphal Book of Enoch.  But just who is Enoch? According to the Bible Enoch was a man who faithfully walked with God (Gen. 5:22). Enoch lived just prior to the flood of Noah and he did not keep silent about the corruption around him. The book of Jude says he prophesied about the evil on the earth:

“See, the Lord is coming with thousands upon thousands of his holy ones to judge everyone, and to convict all of them of all the ungodly acts they have committed in their ungodliness, and of all the defiant words ungodly sinners have spoken against him.” Jude 1:14-15, NIV
Enoch was a faithful man who trusted and obeyed God and because of that he did not see death, for God took him…

“…then he was no more, because God took him away.” Genesis 5:24, NIV
It was during Enoch’s and Noah’s lifetime that the Fallen Watcher Angels were teaching, having sex, and corrupting men on the earth.

According to the Book of Enoch, two-hundred of the ‘fallen angels’ descended from the heavenly realm on to the summit of Mount Hermon and they were so smitten by the beauty of human women that they took the form of a human and had sex with them. Because of this sin, a race of half-angelic, half-human species sprang up (Genesis 6:4) in the land. An offspring so evil that they devoured the flesh of men and were giants on the land. A race known as the Nephilim.

The fallen angels taught their wives and children a assortment of new technological skills, magical knowledge, and occult wisdom.

Azazel the leader taught men how to make swords, shields, and breastplates and how to use metals. He also taught the women the art of jewelry making and make-up. Shemyaza, another fallen watcher angel, taught humans the use of root cuttings and the magical art of enchantment; Armaros taught the resolving of enchantments; Baraqijal taught astrology; Kokabiel taught  astronomy; Chazaqiel taught about clouds and the sky ; Shamsiel the sun; Sariel the courses of the moon; Penemuel instructed humans in the art of writing and reading; and Kashdejan taught the diagnosis and healing of diseases and the science of medicine.

As a result of all this corruption, God sent a flood on the earth during the time of Noah and all of the Nephilim offspring were killed. According to the Book of Enoch the 200 fallen watcher angels were bound up for 70 generations.

Since then, there has been a resurgence of fallen watcher angels—more rebellions— and the 70 generation time frame expired in the 1900′s. These fallen angels are once again wreaking havoc on the Earth and having sexual relations with women forming their evil offspring the Nephilim.

Today they have infiltrated every branch of government and are calling the shots from behind closed doors; and although some deny their existence, their symbolism is very prevalent, and their name is very well known. No longer are the called the “fallen watcher angels”. But the hid under the TOP Ranks of the mysterious group known as the Illuminati!

OUT OF MIND » TRUTH IN CONSPIRACY THEORIES? » HISTORIES MYSTERIES »  Hybrids, Demons, Nephilim: The Truth Is Bigger Than You Ever Imagined