OUT OF MIND » PERCEPTUAL AWARENESS » THE SHIFT IN CONSCIOUSNESS » This Is How 160,000 People Physically Turned Into Light Bodies!

This Is How 160,000 People Physically Turned Into Light Bodies!

Many people in the spiritual communities have heard about light bodies but has anyone ever truly achieved this? Surprisingly, there have been approximately 160,000 documented cases of people doing this. Most recently, this happened in 1998 when Reverend Francis V. Tiso witnessed the metamorphosis of a Tibetan monk, Khenpo A-Chos, into a literal “Rainbow Body”.

Tiso interviewed Lama Norta, a nephew of Khenpo Achos; Lama Sonam Gyamtso, a young disciple; and Lama A-chos, a dharma friend of the late Khenpo A-chos. They described the following: 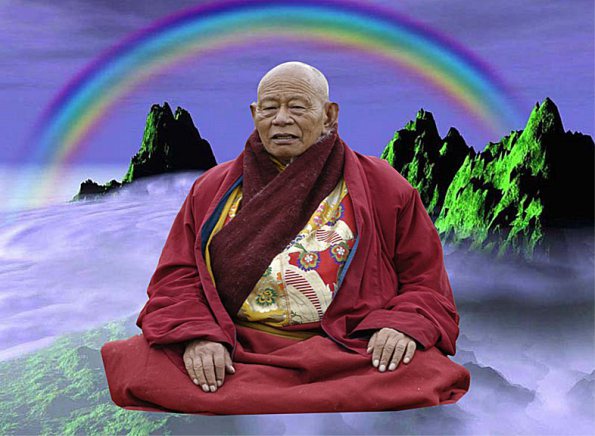 A few days before Khenpo A-chos died, a rainbow appeared directly above his hut. After he died, there were dozens of rainbows in the sky. Khenpo A-chos died lying on his right side. He wasn’t sick; there appeared to be nothing wrong with him, and he was reciting the mantra OM MANI PADME HUM over and over. According to the eyewitnesses, after his breath stopped his flesh became kind of pinkish. One person said it turned brilliant white. All said it started to shine.

Lama A-chos suggested wrapping his friend’s body in a yellow robe, the type all Gelug monks wear. As the days passed, they maintained they could see, through the robe, that his bones and his body were shrinking. They also heard beautiful, mysterious music coming from the sky, and they smelled perfume.

After seven days, they removed the yellow cloth, and no body remained. Lama Norta and a few other individuals claimed that after his death Khenpo A-chos appeared to them in visions and dreams. (1)

You can read more about his testimony on his website here.

Throughout the past 1,200 years of so, there have been approximately 160,000 documented cases of people turning into literal lightbodies.

One of the first documented cases involved a saint that went by the name of Padmasambhava, and achieved light body status along with many of his disciples. On his way to becoming a light body, he was also able to fly in the air as well as transform his body into forms that would frighten evil spirits and demons, while transforming them into Dharma protectors.

He was also the first (of many) to leave his footprint embedded deep into stone before transforming into a light body. Many of these footprints are still visible in these same Himalayan rocks, today! 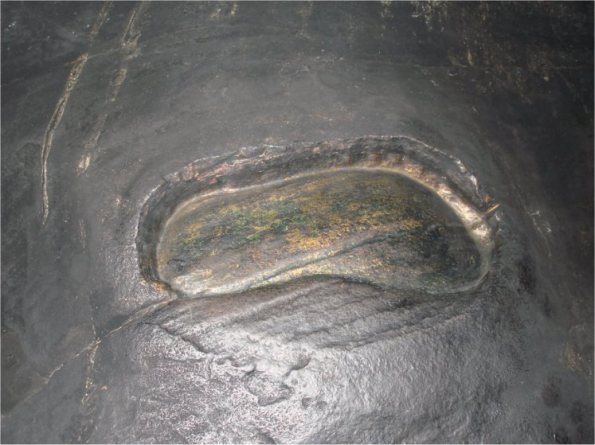 Padmasambhava footprint in stone
Padmasambhava was also known in human form as Guru Rinpoche and may be the origin of the saying, “Everything he touches turns to gold.” 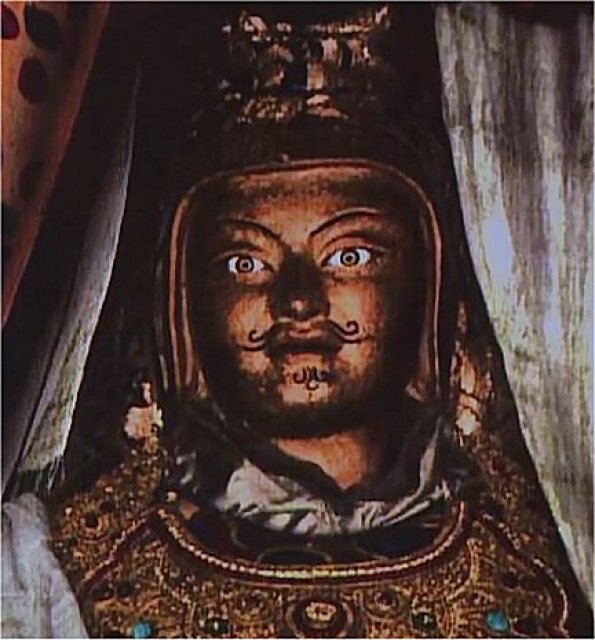 When Guru Rinpoche visited the palace of King Trisong Detsen, the King was over-joyous. He prostrated and gave him many offerings. When the king gave him gold-dust, which was the currency of those times and the customary offering for great masters, Guru Rinpoche flung it away and told the king, “I don’t need your gold. The whole world is like gold for me.” In that moment he touched a rock that was lying on the ground with his big toe and the king and all people who were present experienced that the entire area seemed to turn into gold. (2)

The key to turning into a light body is based on one simple, but hard to do premise: love everything, all the time.

Of course, it goes much deeper than that such as the recitation of mantra, performance of mudra and visualization; as well as wisdom awareness, observing the egolessness, emptiness, and impermanence of all phenomena. All sound is heard as mantra, awareness of thoughts is the primordial dharmakaya, and appearances are the mandala of deities.

At the highest levels of this teaching, telepathy and clairvoyance are achieved, along with complete enlightenment. (3)

The lightbody transformation is known in many cultures by various names:

Tibetan Buddhism has ongoing reports of the “Rainbow Body” to this very day – in which people transform their physical bodies into a new, rainbow-colored energetic form after many years of practice. In many cases, they would complete this process of transformation by meditating in a cave. When they come out, and are ready to graduate to this next level of there own evolution, they will often push their hand or foot directly into the stone. They can now easily flip the stone molecules into time-space, and leave an impression behind – and some of these handprints and footprints have been photographed and published online. There are fully 160,000 documented cases of the Rainbow Body in Tibet and India alone.

Body of Light: Tibetan, ja-lus. Also known as the “rainbow body.” Certain realized beings achieved the transformation of their ordinary bodies into a Body of Light. In this process, the physical body dissolves into its natural state, which is that of clear light. As the elements of the body are purified, they transform from their gross manifestation (body, flesh, bone, etc.) into their pure essence as the five colors: blue, green, white, red and golden yellow. As the body dissolves into these five colors a rainbow is formed, and all that remains of the physical body are fingernails and hair. Twentieth-centry practioners of Dzogchen who have attained the Body of Light include teachers and family members of Namkhai Norbu Rinpoche – for example, his uncle Urgyen Danzin (Togden), his two teachers Changchub Dorje and Ayu Khandro, and Changchub Dorje’s master, Nyala Pema Dendul. (4)

In the following video, David Wilcock goes into more detail about these light bodies:

Wilcock also talks specifically about this phenomena on GaiaTV.

We’re entering a very unique period in time where many esoteric texts believe that we will become light bodies as we complete the cycle of the Precession of the Equinoxes, which is a cycle of 25,772 years. These years are broken down into 12 ages as we are currently exiting the Age of Pisces and are entering the Age of Aquarius. Many believe that these are the days of physical and spiritual transformation.

According to Dr. Simon Atkins, CERN is being used to ward off these incoming transformational energies (1:09:20 marker). Despite that, Dr. Atkins believes that between 10-20% of the world’s population will start to experience an increase in metaphysical abilities due to these intergalactic waves beginning in September of 2015 (1:02:00 marker).

Additionally, Dr. Atkins’ research has shown that during times of solar flares (bringing us positive ions), there is a correlation of angst, anger, and chaos while times of coronal mass ejections (negative ions) bring us peace. (0:36:24 marker) This is similar to walking on the beach near crashing waves that create negative ions, which makes us feel so good when we’re at the beach.

It’s possible that the incoming energies may transform us into the literal light bodies as seen on the Star Trek episode, “Transfigurations”. You can read more about this in the article, “Moving Into 5D, Hidden In Plain Sight“.

This particular episode shows a race of beings on the verge of transcending their current form into Lightbodies, but the ruling elite were desperately trying to keep them under subservience, control and conformity:

Excerpt: My species is on the verge of a wondrous evolutionary change. A transmutation beyond our physical being. I am the first of my kind to approach this metamorphosis. They tried to convince us it was a sickness we would never survive, that the pain and energy pulses would kill us. They claimed we were dangerous so they destroyed anyone who exhibited the signs of the transfiguration. You saw the mutations as a threat to your authority. You were terrified of something you couldn’t understand. Some suspected that what was happening to them was not evil. Others will listen… now that you can no longer prevent me from telling them the truth. Those who are willing will follow me.

Perhaps these incoming intergalactic energies, which Dr. Atkins calls “Wave X”, will be the platform for lightbody transformation?

Gregg Prescott, M.S. is the founder and editor of In5D and BodyMindSoulSpirit. He hosts a weekly spiritual show on In5D Radio and promotes spiritual, metaphysical and esoteric conferences in the United States through In5dEvents. His love and faith for humanity motivates him to work relentlessly in humanity’s best interests 12-15+ hours a day, 365 days a year. Please like and follow In5D on Facebook as well as BodyMindSoulSpirit on Facebook!

OUT OF MIND » PERCEPTUAL AWARENESS » THE SHIFT IN CONSCIOUSNESS » This Is How 160,000 People Physically Turned Into Light Bodies!